The 2021 Forbes list of the world’s billionaires and richest people, published Tuesday, shows an unprecedented surge in wealth among global tycoons during the coronavirus pandemic, with an Israeli-American woman who wasn’t even on the list last year becoming the wealthiest new billionaire in the world.

Miriam Adelson, the widow of casino mogul and GOP megadonor Sheldon Adelson, who died in January, inherited most of the latter’s fortune and leaped to a net worth of $38.2 billion, becoming the richest Israeli, fifth-richest woman and 36th-richest person in the world.

She overtook Russian-Israeli oligarch Roman Abramovich, the Chelsea soccer club owner who became a citizen of the Jewish state several years ago and had been the wealthiest Israeli national. Abramovich also had a successful year, however, earning $4.2 billion for a total net worth of $14.5 billion.

The next Israelis on the list are French-Israeli telecom mogul Patrick Drahi with $11.8 billion, and banking, real estate and shipping businessman Eyal Ofer with $11.1 billion — both of whom similarly saw a leap in their net worth. The next is industrialist Stef Wertheimer, whose net worth of $6.2 billion is similar to last year’s.

In total, there are now 28 Israel billionaires.

Globally, no less than 660 new billionaires were added to the list since 2020, despite — or perhaps because of — the severe financial crisis, lockdowns and changes that gripped the world, according to Forbes, which has been maintaining the list since 1986.

There are now 2,755 billionaires in the world, worth a combined $13.1 trillion — significantly more than last year’s $8 trillion.

The number of people who became billionaires for the first time is a record 493 — roughly a new billionaire every 17 hours. They include 210 from China and Hong Kong and 98 from the US. 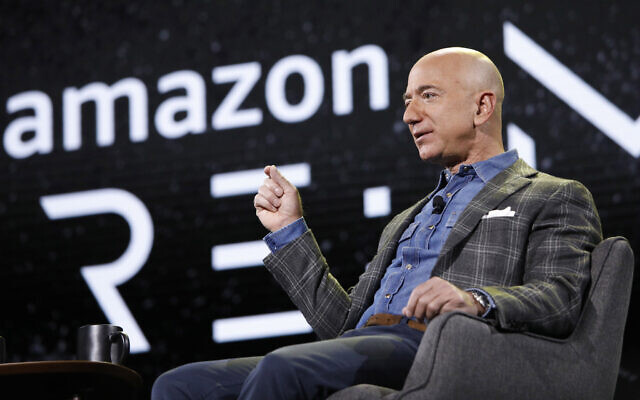 “Jeff Bezos is the world’s richest person for the fourth year running, worth $177 billion, up $64 billion from a year ago as a result of surging Amazon shares,” Forbes wrote.

“French luxury goods tycoon Bernard Arnault holds onto his spot at No. 3 but his fortune nearly doubled to $150 billion, from $76 billion, due to an 86% rise in the shares of LVMH, owner of brands including Louis Vuitton and Christian Dior and cosmetics retailer Sephora.”

“The top ten richest are worth $1.15 trillion, up by two-thirds from $686 billion last year,” Forbes wrote.