A 3,500-year-old alphabetic inscription has been found by archaeologists during excavations at the ancient Canaanite town of Tel Lachish, with researchers saying the pottery sherd is the oldest in the region with alphabetic text.

They described the discovery as the “missing link” in the history of the early alphabetic writing in the Southern Levant, the system of writing that most, if not all, alphabetic scripts can be traced back to.

The clay fragment, measuring just 40 millimeters by 35 millimeters, is said to have been part of a milk bowl imported from Cyprus, according to an article published in the journal Antiquity on Thursday.

The sherd was found during renewed excavations by an Austrian team in 2018 after previous artifacts were unearthed by a Tel Aviv team between 1973 and 1987.

While it was difficult to decipher the text on the small sherd, and unclear from which direction it should be read, researchers said the first three letters could spell out ‘bd meaning slave, or part of a common Semitic personal name.

The second line could read nophet, meaning honey or nectar in Hebrew, or part of an unknown name if read from the opposite direction.

The inscription helps contextualize the spread of the early alphabet in the Levant, as well as evidence that it developed both independently and well before the Egyptian domination in the region, the researchers concluded. 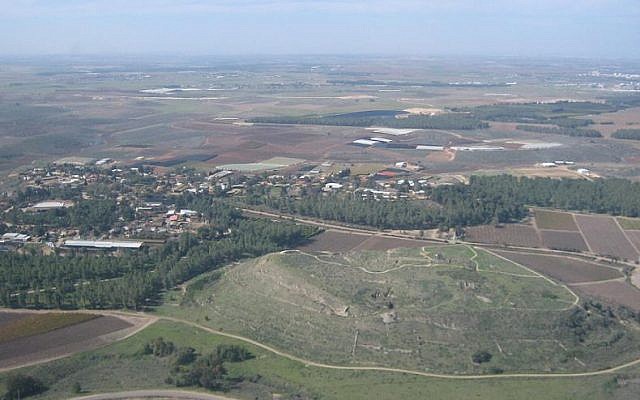 The Tel Lachish archaeological site is said to be one of the most prominent Bronze Age and Iron Age sites of the Southern Levant. It is situated near the modern Israeli town of the same name.