When bestselling author Julie Metz was clearing out her deceased mother’s belongings, she unearthed a treasured keepsake from a lost world. In her mother’s bedroom, she found a young girl’s memory book — or poesiealbum — a common collectible in pre-World War II Austria and Germany.

Amid illustrations of children in the traditional dirndls and lederhosen, handwritten notes revealed thoughts and reminiscences of friends from a hometown before it turned hostile. The secret album capped a well of memories that Metz’s mother, a Viennese refugee, had intentionally kept from her American-born husband and daughter.

“She hid it where no one would look for it, in the back of her lingerie drawer,” Metz told The Times of Israel in a recent interview conducted via Zoom.

A key to the lacunae of her mother’s harrowing childhood, the poesiealbum rested on Metz’s desk for a time until finally, it lured her into its mystery, igniting years of painstaking research.

A quest ensued as Metz attempted to answer her mother’s incomplete narratives. Who was the young Viennese girl Eva who, in America, re-named herself Eve? How did Metz’s maternal grandfather escape likely death aboard a train destined for Dachau? And how did the family manage to ship two boys to England, where they benefited from years of safety from the Nazi threat before obtaining visas to the United States?

The answers to these and many other questions are explored in “Eva and Eve: A Search for my Mother’s Lost Childhood and What a War Left Behind.” Released earlier this year by Aria Books/Simon & Schuster, the book’s exquisite phrasing and vintage photographs and images connect readers with Nazi-era Austria and current xenophobia.

“It is very rare that we now can put ourselves into that experience of people in that time,” Metz said. For many Americans, she said, “It feels so unimaginable to be forced out of your home. You get put on a boat, and land somewhere. And you don’t speak the language. And culturally you’re just a fish out of water.”

In conversation with The Times of Israel, Metz, who lives with her family in New York’s Hudson Valley, brought to life many of the aspects of her research, the validation it brought her and what she hopes others will gain from her revealing book.

“There are millions of Americans who have this in their history. Someone came against all odds, fleeing poverty, despair. It is part of American culture,” Metz said. “The message is we really do need to understand that is our culture. And we need to do better and find a way to cherish that and honor that.”

Metz had long wondered exactly how her grandfather, Julius Singer, eluded disaster through his manufacturing of unusual fan-shaped paper envelopes that were used to package powdered medication in individual tiny folds. When the Nazis confiscated the factory, they deported Singer. But as they discovered he was essential to running the factory and creating the firm’s ornate envelopes, they pulled him off a train en route to the Dachau concentration camp. Subsequently, it was a long wait until Metz’s grandfather secured visas to the United States. 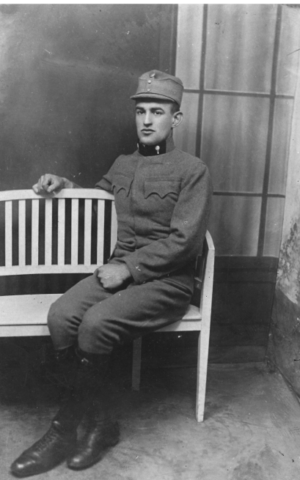 “They had two terrible years there while they were waiting to leave,” Metz said. “Those years were terrifying deprivation, two very cold winters, shortages everywhere… food rationing.”

Visas finally in hand, Eve’s parents rushed her to Italy where they toughed out another transition on the way to freedom. The family’s time there and their April 1940 voyage aboard the Saturnia to freedom is among the many other mysteries Metz unravels — going as far as obtaining 40-some pages of the captain’s ship log in elegant Italian cursive.

In her journalistic excavation, Metz not only discovered images and facsimiles of her grandfather’s accordion-like Viennese “origami” that appear in the book — she also recently connected with the family of the factory foreman.

“I had been trying to find him and then the miracle of the internet,” said Metz, who finally received a photograph of a husband and wife. “I’m sure they were instrumental in keeping the family alive.”

Metz also dug up a fascinating glimpse at Donald Winchester Brown, the American vice-consul stationed in Vienna who issued her family’s visas to the States. And thanks to her mother’s rare stash of memorabilia, Metz learned other fascinating details about her resilience. Despite the fear of Nazi reprisals and widespread anti-Jewish restrictions, her mother attended grade school until December 1939.

“She saved all the paperwork that she could — and there was a lot of paperwork,” Metz said. “She saved her report card.” 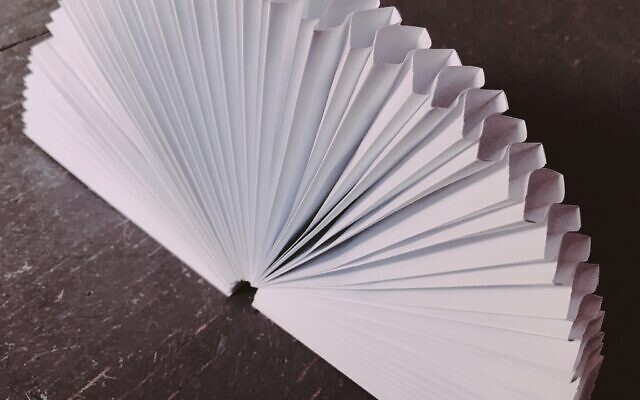 “Eva and Eve” follows Metz’s first book, “Perfection,” which detailed the discovery of her husband’s serial adultery. Metz has received numerous writing fellowships and has published in The New York Times, Salon and elsewhere. She worked as a designer in book publishing for 20 years until personal upheaval compelled her to write of her husband’s betrayal. After its 2009 release, “Perfection” landed on the New York Times bestseller list.

Metz has since moved on. She recently purchased a dilapidated 1850 farmhouse on a Maine island where she has summered for 25 years and is currently promoting “Eve and Eva” across platforms with a flurry of activity.

“I get to travel around the world,” Metz said. “This is the farthest afield.”

The odyssey of detailing her mother’s past ultimately revealed a more vulnerable side of Metz’s seasoned working parent. A career woman whom Metz viewed as a consummate New Yorker, Eve worked as an art director in book publishing at Simon & Schuster for decades, eventually rising to head the department. 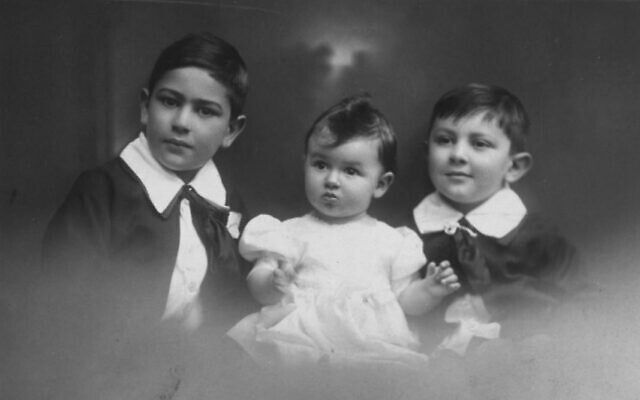 Eva Singer as a baby with her brothers Fritz and Dolfi, in Vienna circa 1929. (Singer/Metz family collection at the Leo Baeck Institute, New York)

“My mom? She was very tough,” said Metz, who recalled, nevertheless, a moment of vulnerability hinting to Eve’s tragic childhood losses on a shared visit to Europe. The experience oddly foreshadowed the later discovery of her mother’s hidden childhood keepsake.

While riding in a taxi in Vienna, they mistakenly suddenly approached her family’s former home. Eve could not bear the proximity.

“She realized she was in her old neighborhood and they had to take another route,” said Metz, who recalled her mother emphatically directing the cabbie. “She told him in Viennese, in the local dialect, they were ‘too close.’”