In a televised address Saturday on the Israeli-Sudanese normalization deal, Prime Minister Benjamin Netanyahu hinted that Israel carried out bombing raids in Sudan several years ago to stop Iran from smuggling weapons to Hamas via the African nation.

Israel reportedly carried out bombing raids in Sudan in early 2009, before Netanyahu took office, as well as in 2012 and 2014, when he was serving as prime minister.

Sudan “was a nation used to smuggle very dangerous weapons to Hamas through Sudan, the Nile Basin [and] Sinai. This forced me to order steps to prevent this and indeed this changed.”

In 2009, three airstrikes destroyed a convoy of trucks in western Sudan reportedly carrying long-range Iranian missiles to the Gaza Strip. A mysterious explosion in a weapons plant in Khartoum in 2012, which killed four people, was believed to be the result of an Israeli airstrike targeting arms destined for Hamas. In 2014 a large explosion occurred in a Sudanese ammunition warehouse, in an alleged Israeli attack targeting weapons intended for Hamas.

Palestinian members of Izz ad-Din al-Qassam Brigades, the armed wing of the Hamas movement, during a patrol in Rafah, in the southern Gaza Strip on April 27, 2020. (Abed Rahim Khatib/Flash90)

Netanyahu praised the normalization deal with Sudan, and namechecked Uganda’s President Yoweri Museveni for his role in brokering a meeting between him and Sudanese leader Abdel Fattah al-Burhan in February.

“We brought three peace deals in six weeks. It’s not luck, it’s not coincidence but the result of clear policy, and our efforts,” he said, predicting that other countries will follow suit.

Netanyahu said that an Israeli delegation will head to Khartoum “in the coming days” to finalize the accords.

He added that it included an agreement to allow Israeli flights over the African nation’s territory — “made before we announced normalization” — that would allow flights to South American to pass over Africa via Sudan and Chad — “with which we also established diplomatic relations.”

Netanyahu met with the Chadian president in January 2019 on a visit to the capital of N’Djamena, during which the two countries agreed to renew ties, which Chad severed in 1972 due to pressure from Libyan strongman Muammar Gaddafi.

With Israel’s new accords, Netanyahu said “we are changing the map of the Middle East.”

He highlighted on a map that Israel could also now fly directly to India and the Far East quickly thanks to the deals with the UAE and Bahrain.

“It’s an immense change” for Israel, he said. 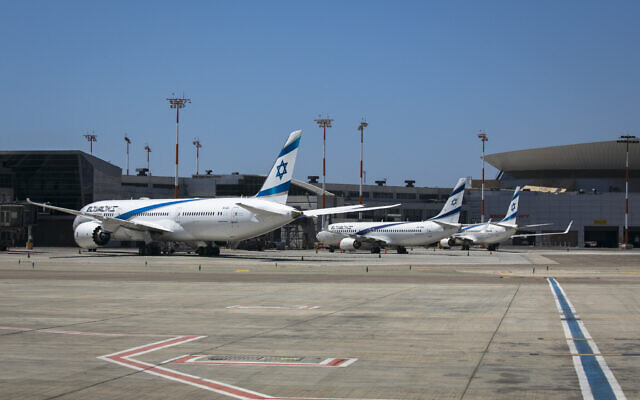 Sudan was once an enemy state that fought against Israel in 1948, he said. In 1967 it hosted the Arab League summit in which the so-called “3 No’s” were announced, he noted: No peace with Israel, no recognition of Israel and no negotiations with Israel.

“But all our relations with them have started to change in recent years — secretly, openly, and now with the normalization agreement.”

He thanked “President Trump and his team above all — together with him we are changing history.

The new accords were being reached “despite all the experts and commentators who said it was impossible,” he said. “Israel was completely isolated and they told us we were heading into a political tsunami. What’s happening is the absolute opposite. Israel is now connecting to the whole world.”

It’s peace, he said, “without withdrawals” and “without uprootings” — a reference to what he has touted as a shift away from previous “land for peace” policies to new peace efforts that do not involve land concessions from Israel for ties with its former enemies.