Israel is in the final stages of talks with British pharmaceutical giant AstraZeneca to purchase “millions” of doses of its vaccine, which is currently under trial, Prime Minister Benjamin Netanyahu announced Friday.

Netanyahu said that in the next few hours “the final details will be resolved ahead of signing an agreement to purchase millions of coronavirus vaccine doses developed by AstraZeneca and the University of Oxford.”

This would be the third deal signed by Israel to receive vaccinations following similar deals with Moderna and Pfizer. Israel is also in talks with Russia to receive its “Sputnik V” vaccine.

“My policy is that everyone who wants a vaccine should be able to receive one,” Netanyahu said, alluding to recent government denials that it intended to make the vaccine mandatory.

“We will continue to work to ensure that we will have as many vaccines for as many citizens, from as many sources and as fast as possible,” he said.

Pfizer said Friday it is asking US regulators to allow emergency use of its COVID-19 vaccine, starting the clock on a process that could bring limited first shots as early as next month.

Illustrative: Vials with COVID-19 vaccine stickers attached and syringes with the logo of US pharmaceutical company Pfizer and German partner BioNTech, on November 17, 2020. (Justin Tallis/AFP)

Moderna is also expected to seek emergency authorization within weeks

AstraZeneca is not as far along in the process, but the company announced Thursday that in initial trials its vaccine has shown to safely produce a robust immune response in healthy older adults.

The vaccine produced fewer side effects in people aged 56 and over than in younger people — a significant finding given that COVID-19 disproportionately causes severe illness among seniors, the company said as it released its phase 2 trial results.

The manufacturers said the vaccine was undergoing larger, more comprehensive phase 3 trials to confirm the results.

Immune responses from vaccines tend to lessen as people get older as the immune system gradually slows with age.

This leaves older adults more vulnerable to infection from a variety of illnesses.

“As a result, it is crucial that COVID-19 vaccines are tested in this group who are also a priority group for immunization,” Andre Pollard, an Oxford professor and lead author of the study results, published in The Lancet.

The phase 2 trial saw 560 participants, 240 of whom were over 70, split into groups that received either one or two doses of the vaccine, or a placebo.

They had their immune responses assessed on the day of the vaccination, then several more times over the coming weeks.

Responses were “similar” across all age groups, the researchers said.

“The research shows that an immune response was generated in all age groups, including in the cohort of participants aged over 70 years,” said Michael Head, senior research fellow in Global Health at the University of Southampton, who was not involved in the trial.

“Since elderly populations will be one of the priority groups to receive a vaccine when one is available, this is good news.”

The Oxford/AstraZeneca vaccine is one of 48 that are undergoing human trials against COVID-19, according to the World Health Organization.

This month Pfizer/BioNTech and Moderna announced the results of phase 3 trials — which are much larger than phase 2 and normally include tens of thousands of subjects — that suggested both vaccine candidates were effective in preventing COVID-19.

The Kremlin issued a statement saying Putin and Netanyahu had discussed potential cooperation regarding the Russian vaccine, including supplying it to Israel and even producing it in the Jewish state.

Russia’s Sputnik V coronavirus vaccine has so far been shown to be 92% effective, the country’s sovereign wealth fund, which is backing the program, said last week. 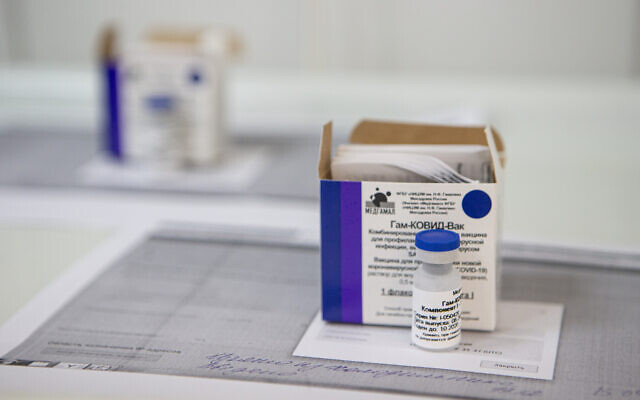 Israel has shown interest in the vaccine ever since Russia announced that it was ready for human trials, and in early November the director of Jerusalem’s Hadassah Medical Center said the hospital had ordered 1.5 million units of the vaccine and would apply for Health Ministry approval for their use, pending the phase 3 trials. 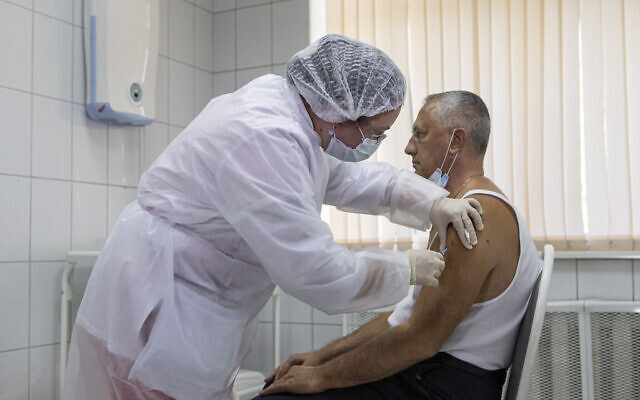 Russia registered the vaccine for public use in August, in an unusual move, before the phase 3 trials were started in September. The phase 3 trial involved 40,000 volunteers in 29 clinics in Moscow. A quarter received a placebo. In addition, 10,000 people considered at high risk from the virus were also inoculated.

Requests for more than 1.2 billion doses of Sputnik V vaccine have come so far from over 50 countries, RDIF said.

A vaccine is seen as the best hope to break the cycle of deadly virus surges and severe restrictions across much of the world since COVID-19 first emerged in China late last year and unleashed devastation on the global economy.

So far 1.2 million people have died of COVID-19, the disease caused by the virus.

Israel is also working on a home-grown vaccine, though it is currently only in phase 1 trials and its development is expected to take months longer than the foreign candidates.