Having been formally tasked with assembling a government, Prime Minister Benjamin Netanyahu set out Tuesday to secure an elusive ruling majority, scheduling a meeting with Yamina chief Naftali Bennett and reportedly offering senior positions to potential ‘defectors’ from parties that oppose him.

After lawmakers in the 24th Knesset were sworn in Tuesday, Netanyahu urged political parties to end their “personal boycotts” and join his government, vowing to make “every effort” to end the “cycle of elections” and establish a “strong government for all of Israel’s citizens.

“This won’t be a government of paralysis, but rather a government of action,” he said at a Likud faction meeting. “To do this, the government must be united, both in policy and action. And to create it, we must first end the personal boycotts.”

He said the establishment of a “strong and homogenous” coalition won’t be easy, but was not “impossible.”

Netanyahu will meet with Bennett on Thursday, the second meeting between the two since the election. On Wednesday he will sit down with party leaders in his right-wing religious bloc to discuss possible coalition strategies.

In consultations Monday with President Reuven Rivlin, Netanyahu received the endorsement of 52 lawmakers, the most of any candidate but short of a majority in the 120-seat Knesset. Yamina, with seven seats, recommended its leader Bennett as prime minister, the only party to do so.

Bennett on Tuesday said he was open to talks with Likud and called for a right-wing government, but didn’t commit to backing Netanyahu. Even with Yamina’s support, Netanyahu’s bloc would still be two seats short of a majority, with limited options for putting together a government.

Yamina leader Naftali Bennett speaks during a faction meeting at the Knesset on April 6, 2021. (Olivier Fitoussi/Flash90)

Besides Yamina and the Islamist Ra’am party, all other Knesset factions not in Netanyahu’s bloc have ruled out joining a government headed by the Likud chief, who is standing trial on corruption charges. Though Netanyahu is said to be considering a minority government with outside support from Ra’am, his allies in the far-right Religious Zionism have rejected such a scenario, due to the party’s so-called anti-Zionist stance.

According to Kan news, Netanyahu was weighing another form of minority government: One backed from outside by both Ra’am and Religious Zionism, which would supposedly allow Religious Zionism leader Bezalel Smotrich to portray himself as keeping to his ideals while enabling Netanyahu to lead. But Smotrich said to be unenthusiastic about the proposal. 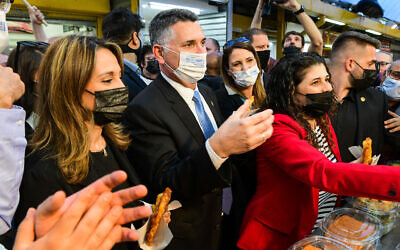 According to Kan, Likud has also offered New Hope MKs Yifat Shasha-Biton and Sharren Haskel unspecified ministerial posts if they jump ship. The two refused and informed New Hope of the offer, the report said.

A separate Channel 12 news report said Netanyahu was expected to put significant pressure on Smotrich to drop his opposition to a government with outside backing from Ra’am, with rabbis seeking to convince the Religious Zionism leader to agree to the move. 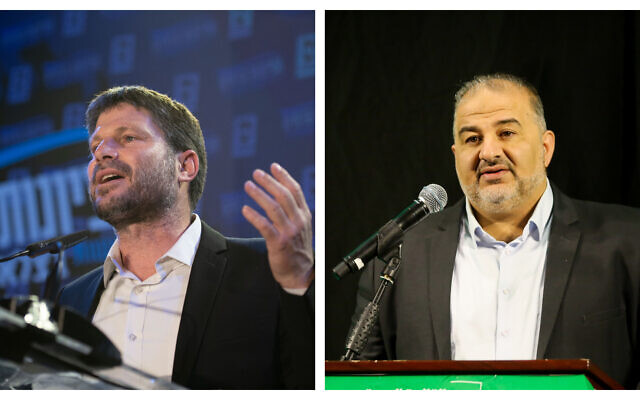 Netanyahu was also preparing for a scenario in which he fails to form a government, looking at ways to block Bennett from putting together a coalition with Yesh Atid leader Yair Lapid, the report said. It said national religious lawmakers in Yamina were expected to come under heavy pressure not to back such a government.

According to Channel 13 news, Netanyahu’s concern may not be unjustified, with the network claiming Bennett has told associates he will form a government with Lapid if the incumbent premier fails to assemble a ruling majority. 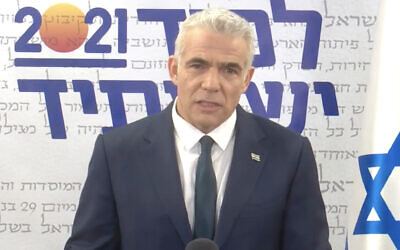 Lapid confirmed Monday that he offered to let Bennett serve first as prime minister in a government that would see the two rotate the premiership, but the sides were unable to reach an agreement.

Speaking Tuesday, Bennett insisted Israel needs a right-wing government and asserted that he wouldn’t forsake his nationalist views for the dream of becoming prime minister, in an apparent reference to Lapid’s offer.

“I don’t know many politicians who faced the real, immediate prospect of becoming prime minister and didn’t grab it. I had no dilemma. I won’t ever give up my ideals, of Zionism and unity, for any job in the world,” he continued.

Bennett wished Netanyahu good luck in forming a government and said Yamina would negotiate in goodwill with Likud and anyone else.

The March 23 election was Israel’s fourth inconclusive vote in two years. Polls show that a majority of the public believes the country is careening toward a fifth election.