A primetime speech by Ra’am party chairman Mansour Abbas, in which he called for political cooperation between Jews and Arabs to resolve the country’s protracted political deadlock, drew praise from some left-wing and right-wing politicians on Thursday night.

Abbas, whose Islamist party won four seats in the Knesset, emerged as an unlikely possible kingmaker after last week’s inconclusive election. Though he has expressed willingness to partner with either Netanyahu or his rivals — whichever offered a better deal benefiting Arab Israelis — he has yet to endorse a candidate.

Opposition is strongest in the pro-Netanyahu bloc which includes the far-right Religious Zionism party.

“Mansour Abbas’s speech tries to present as a ‘cuddly teddy bear’ someone who belongs to the Islamic Movement, supports Hamas and sanctifies murderers of babies,” he said in a statement.

“Any coalition propped up by Abbas would be the end of the right-wing, and we have no public mandate to do that,” he added, calling on right-wing party leaders Naftali Bennett of Yamina and Gideon Sa’ar of New Hope to help form a right-wing government.

Religious Zionism leader MK Bezalel Smotrich was so enraged at what he saw as an attempt by Likud to “whitewash” Ra’am that he refused to take a Thursday evening phone call from Netanyahu, the Ynet website reported.

“Smotrich is furious over the whitewashing campaign that Netanyahu arranged for Ra’am, which supports terror and is opposed to the definition of the State of Israel as a Jewish state,” an associate of the Religious Zionism chief was quoted saying. 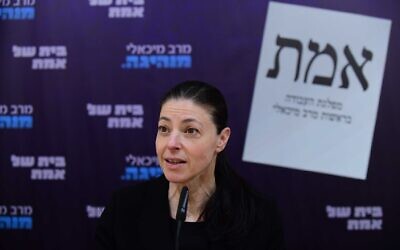 “We needed a pandemic and a political meltdown so that after 28 years of incitement by Netanyahu and the right, it will become clear that the Arab public is part of Israeli society,” Michaeli said in a statement.

Michaeli, who has already committed her left-wing party to backing opposition leader Yair Lapid for prime minister, called on Abbas to “come with us so that together, we will be able to change reality.”

Praise for Abbas also came from Deputy Health Minister Yoav Kisch of Likud, who said the Ra’am chairman’s speech showed he is the true voice of Arab Israelis.

“I was happy to hear Abbas,” Kisch tweeted. “The Joint List doesn’t represent the Arab Israeli citizens of Israel who want to live in peace and with equal rights in Israel. Today we saw that that voice has representation in the Knesset.” 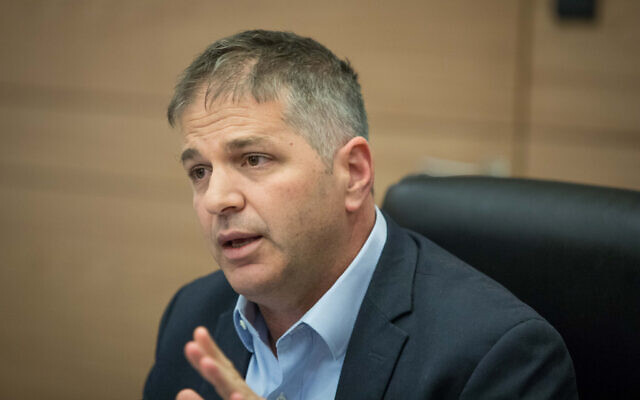 MK Yoav Kisch, then chairman of the Interior Affairs Committee at the Knesset, on July 12, 2018. (Yonatan Sindel/Flash90)

During his speech, which was carried live by all of Israel’s major television networks, Abbas did not endorse either Netanyahu or Lapid as the next premier, following last week’s inconclusive election. He also declined to associate his party with either political bloc.

“This is the time to look for the common denominator,” Abbas said in his speech in Nazareth.

“I have focused on what I will do, not what I won’t do. I don’t rule out the right, nor the left,” he declared.