In a desperate last-minute bid to thwart the swearing-in of the new government, Prime Minister Benjamin Netanyahu has conveyed to Defense Minister Benny Gantz a plan by which he would immediately step down and the Blue and White chief could serve as premier for three years, Channel 12 reported Friday.

The proposal would reportedly see Netanyahu serve as alternate prime minister during that time.

The report said the offer came to Gantz through a number of channels and associates close to Netanyahu, with the most recent proposal coming as recently as the early hours of Friday morning.

According to Channel 12, the offer to resign on Friday morning was a deliberate move to give Gantz confidence that he could still return to the so-called “change bloc” if the prime minister were to withdraw his resignation in the two days ahead of Sunday evening’s vote on the new coalition.

Netanyahu’s Likud and Gantz’s Blue and White agreed to form a coalition in April 2020, after three consecutive inconclusive elections. But just over six months after it was formed, the government was dissolved when the sides could not agree on passing a 2020 budget, and a new election was called for March 2021. The move was widely seen as being engineered by Netanyahu so as to avoid handing over the premiership to Gantz, as stipulated in the coalition agreement between them. 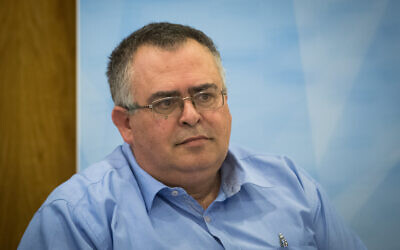 Likud MK David Bitan at a committee in the Knesset, in Jerusalem, on July 31, 2019. (Yonatan Sindel/Flash90)

Likud MK David Bitan on Friday leveled some criticism at Netanyahu over the dissolution of the short-lived unity government that Likud formed with Blue and White.

“In retrospect, it’s clear today that it was a mistake by Netanyahu not to implement the rotation with Gantz. Relative to what happened, he made a mistake,” Bitan said.

The Channel 12 report on the offer to Gantz said the proposal showed that Netanyahu has reconciled himself to the fact that his political rivals are on the cusp of forming a government that will see him removed as premier and instead head to parliamentary opposition.

Members of Netanyahu’s “circle” told Channel 13 news that he understands that his 12-year consecutive term will come to an end on Sunday and he is determined to fight the “change government” from the opposition benches.

The outlet said that Netanyahu told associates that he will “continue to lead the national camp as head of the opposition.”

The Likud party for the first time said Thursday Netanyahu is committed to a peaceful transition of power, clarifying the premier’s claims of “election fraud.” The statement was made only in English, and not in Hebrew. 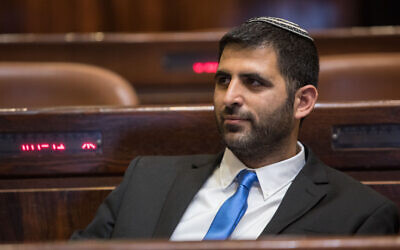 Meanwhile, Likud MK Shlomo Karhi told Channel 13 that the party is united and “we’re going together to the opposition.”

Karhi’s comment came a day after Likud MK Nir Barkat called for party members to delay holding new leadership primaries. Barkat’s call, at a gathering of some 4,000 Likud activists in Tel Aviv, was seen as a show of strength in the party and an indication he will join a growing list of top Likud officials lining up to challenge Netanyahu for the party leadership.

Yamina head Naftali Bennett is set to become premier on Sunday after agreeing to form a government with opposition leader Yair Lapid of the Yesh Atid party and a wide array of parties aligned against Netanyahu, ranging from the dovish Meretz to the pro-annexation New Hope and the Islamist party Ra’am. Under the agreement, Bennett will serve as prime minister for two years before handing the office to Lapid for the remainder of the term.

All the parties in the so-called “change bloc” signed their agreements on Friday paving the way for the 61-strong coalition to be sworn in, ending Netanyahu’s 12-year term in office. Netanyahu was also premier for over three years in the late 1990s.