Prime Minister Benjamin Netanyahu’s defense team on Tuesday began cross-examining the first witness in the premier’s graft trial, who in earlier testimony had told the court how close associates of Netanyahu were directly involved in shaping the content of a news site to the premier’s liking.

Former Walla news CEO Ilan Yeshua is a key witness in Case 4000, in which Netanyahu is alleged to have abused his powers when he served as both premier and communications minister from 2014 to 2017 to illicitly and lucratively affect the business interests of Bezeq’s controlling shareholder, Shaul Elovitch. In exchange, Elovitch allegedly provided Netanyahu with positive coverage of the prime minister and his family by the Elovitch-owned Walla news site.

Netanyahu faces charges of bribery, fraud, and breach of trust in the case, while Elovitch and his wife Iris were also charged with bribery. All three defendants deny wrongdoing.

The trial at the Jerusalem District Court resumed Monday after a pause since April 20 to discuss several requests by Netanyahu’s attorneys to release pieces of evidence. Netanyahu himself has only been in the courthouse for two of the hearings.

Prime Minister Benjamin Netanyahu arrives for a hearing at the District Court in Jerusalem on April 5, 2021,(Oren Ben Hakoon/POOL)

During his earlier testimony, Yeshua described how he was repeatedly instructed by his bosses and people close to Netanyahu to skew the news site, Israel’s second-largest, toward positive coverage of the premier and criticism of his rivals — and said he believed those instructions were part of a tradeoff deal between Netanyahu and the site’s owners.

Yeshua also detailed how he was asked to be part of an effort to cover up the alleged quid pro quo deal. The testimony was heard despite efforts by Netanyahu’s lawyers to disqualify parts of it.

On the last day of his testimony, Yeshua had rejected claims by Netanyahu’s lawyers that the prime minister didn’t interfere with the content on the site. He said Nir Hefetz, Netanyahu’s former media adviser who turned state’s witness in the case, “walked around and told everyone he was the editor and that every article — he approves.”

“Things like this needed to be discreet,” Yeshua said. 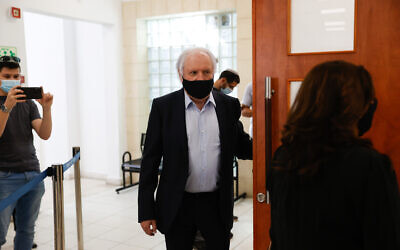 Israeli businessman, Shaul Elovitch and his wife Iris (not seen) arrive at the Jerusalem District Court for a hearing in the case against Prime Minister Benjamin Netanyahu who is on trial on criminal allegations of bribery, fraud and breach of trust. May 4, 2021. (Yonatan Sindel/Flash90)

Among the evidence presented to the court by the prosecution was an exchange of text messages between Walla owner Elovitch and Yeshua, which they said showed the extent of the influence on the editorial process.

Elovitch had told Yeshua that Netanyahu was going out of his way to help the company.

“The big guy surprises me in a positive way in the most important things,” Elovitch wrote to Yeshua. “We have to find a way to repay him. What is annoying is that the big guy is going above and beyond to help, and we cannot help him because of a bunch of losers.” (Yeshua previously told the court that “the big guy” was Netanyahu.)

In his testimony, Yeshua also described how the prime minister’s son Yair and his wife, Sara, would interfere in the running of Walla.

“Iris and Shaul [Elovitch] kept telling me in messages that the son Yair gets up in the morning and checks everything and incites Sara by telling her things,” Yeshua said. “Here the relationship was that we belonged to [the Netanyahus] and we must completely do what they say.”

Yeshua recalled the requests he received telling him, regarding Sara Netanyahu, “to please her.”

“Give the lady everything, he is killing himself for me,” one message from Elovitch read.

Yeshua told the court that the “lady” referred to in the message was Sara Netanyahu and that “he” was the prime minister.

In addition to the charges in Case 4000, Netanyahu is also charged with fraud and breach of trust in two other cases, one of which also involves suspicions of trading regulatory favors for positive media coverage.

The resumption of testimony in the trial came the same day Netanyahu’s mandate to form a government after a recent election was set to expire.

Netanyahu, Israel’s longest-serving prime minister, is fighting for his political and legal survival after the March 23 elections, as he struggles to form a government while on trial for corruption. His official mandate to assemble a coalition expires on Tuesday night, though he can request a 14-day extension from President Reuven Rivlin. 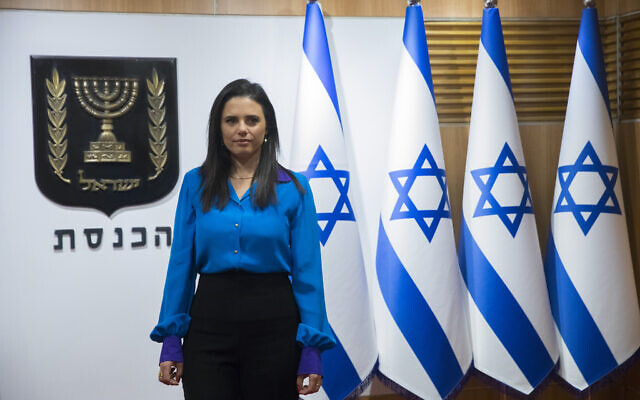 In bombshell recordings aired on Monday night, senior Yamina MK Ayelet Shaked described Netanyahu and his wife, Sara, as “dictators” and “tyrants” with a “lust for power,” and said the premier only cares about his ongoing corruption trial.

The recordings were played on Channel 12, as Netanyahu was engaged in a last-minute attempt to draw Yamina into a right-wing coalition before his deadline expires.