Former prime minister Benjamin Netanyahu and his family have completed their departure from the Prime Minister’s Residence in Jerusalem, vacating the house on Balfour Street after 12 years, according to a Hebrew media report early Sunday.

Moving trucks were seen at the residence earlier this week. On Friday, Channel 12 reported that several vehicles were seen departing the residence — apparently cars belonging to Netanyahu’s motorcade as opposition leader.

Channel 12 said Saturday evening that the family was spending its final Shabbat at the residence and would be leaving later Saturday night. Channel 13 news, however, said the Netanyahus spent Shabbat at their Caesarea home, and would only complete their departure from Balfour Street late Saturday night or early Sunday. According to the Ynet news site, the Netanyahus left the Jerusalem residence overnight Saturday-Sunday.

The information was not immediately confirmed by the authorities.

Netanyahu’s departure comes nearly a month after he was ousted from power, in line with an agreement he reached with new Prime Minister Naftali Bennett.

There is no law dictating how quickly a former prime minister must leave the residence.

In the past, this has been done within a few days, but the Netanyahu family has twice taken weeks to do so — following Netanyahu’s 1999 election defeat and again now.

Some voices within the new coalition have called for legislation to set out a mandated departure deadline for the future.

Bennett, who was sworn in as prime minister on June 13, is now expected to begin using the residence. The prime minister reportedly plans for his family to stay in their hometown of Ra’anana during the week, while he uses the official residence for meetings. They may join him in Jerusalem on weekends. 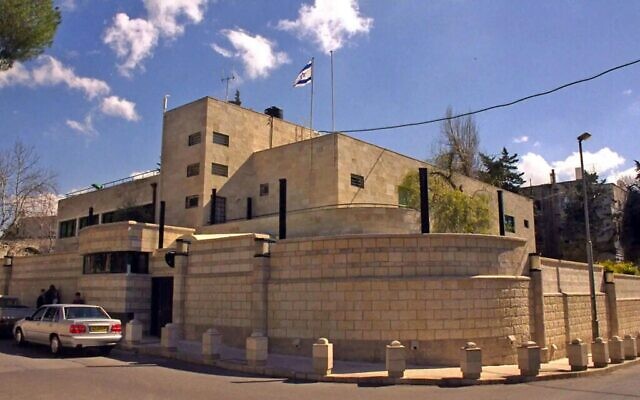 Meanwhile, the Netanyahus will move to their private Caesarea home, while security upgrades are made at their private Jerusalem home, at which point the opposition leader plans to spend much of his time there.