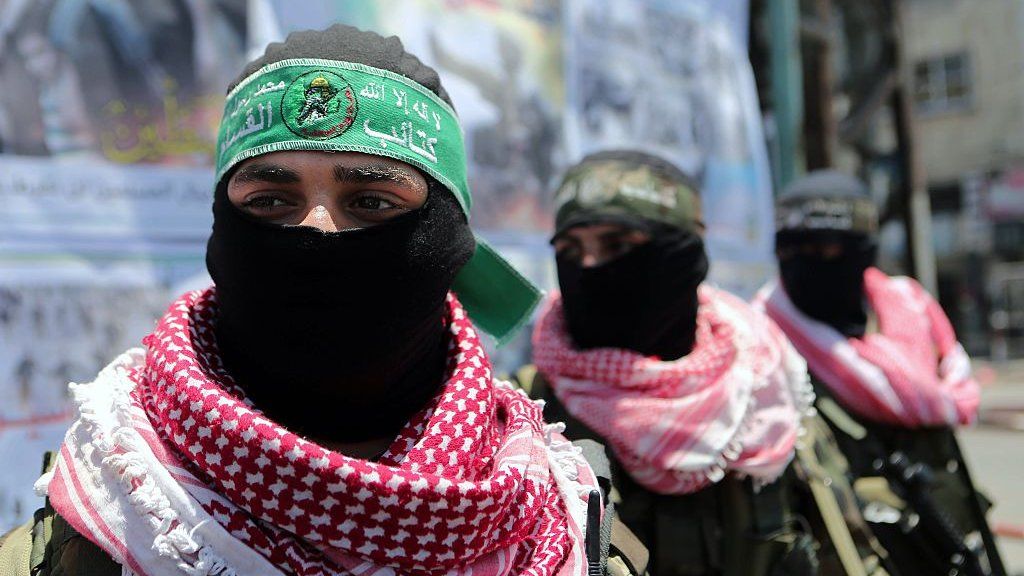 The Palestinian militant group Hamas has published a new policy document – the first since its founding charter.

It declares for the first time a willingness to accept an interim Palestinian state within pre-1967 boundaries, without recognising Israel.

It also says Hamas’s struggle is not with Jews but with “occupying Zionist aggressors”. The 1988 charter was condemned for its anti-Jewish language.

The text is seen as an effort by Hamas, which rules Gaza, to soften its image.

“The document gives us a chance to connect with the outside world,” spokesman Fawzi Barhoum said.

“To the world, our message is: Hamas is not radical. We are a pragmatic and civilized movement. We do not hate the Jews. We only fight who occupies our lands and kills our people.”

Hamas as a whole, or in some cases its military wing, is designated a terrorist group by Israel, the US, EU, UK and other powers.

A spokesman for Israeli Prime Minister Benjamin Netanyahu said Hamas was “attempting to fool the world but it will not succeed”.

“They build terror tunnels and have launched thousands upon thousands of missiles at Israeli civilians,” David Keyes added. “This is the real Hamas.”

In contrast to the charter, the new document does not mention Hamas’s parent organisation, the Muslim Brotherhood, an Islamist movement banned in Egypt for being what Cairo sees as a terrorist group.

Analysts say the decision is aimed at improving relations with the outside world, including Egypt and Gulf Arab states where the Brotherhood is also banned.

Gaza has been under blockade by Israel and Egypt for the past decade, imposed to prevent attacks by militants inside the territory. Its economy has been crippled as a result, and many of its 1.9 million inhabitants suffer daily hardships.

Relations between Hamas and Egypt have recently begun to improve, with a visit to Cairo earlier this year by deputy leader Ismail Haniya.

For years there has been criticism of Hamas over the language of its charter, in particular articles which were branded anti-Semitic.

The charter speaks of the need to fight “warmongering Jews” and cites a hadith – a report of what the Prophet Muhammad said or approved – that declares “The Day of Judgement will not come about until Muslims fight the Jews (killing the Jews)”.

It also refers to the “Jews’ usurpation of Palestine” and accuses Jews of controlling the world’s media and of being behind the French Revolution, secret societies and of controlling imperialist countries.

Israel has occupied the West Bank, Gaza, and East Jerusalem since the 1967 Middle East war. It pulled its troops and settlers out of Gaza in 2005, but still controls the air space, northern and eastern perimeter and waters around it.

The new document, which Hamas says does not replace the charter, accepts the establishment of a Palestinian state within territories occupied by Israel in 1967 as a stage towards the “liberation” of all of historic Palestine west of the River Jordan.

This is an apparent shift in Hamas’s stated position, which previously rejected any territorial compromise.

The document says this does not, however, mean Hamas recognises Israel’s right to exist in any part of the land or that it no longer advocates violence against Israel.

Hamas’s announcement comes as Mahmoud Abbas, the president of the West Bank-based Palestinian Authority, prepares to meet US President Donald Trump at the White House later this week.