Israeli politicians and top security officials hailed this weekend’s capture of four of the six Palestinian security prisoners who broke out of prison earlier this week, but stressed that the other two remained at large and are highly dangerous.

The six men escaped from Gilboa Prison in the predawn hours of Monday morning, digging out a concrete slab from their shower floor, giving them access to a crawlspace underneath the penitentiary. From there, they dug a tunnel to just outside the prison wall and continued on foot.

Investigators believe the six men had worked for several months to remove the slab and dig the escape tunnel.

“This was a cell that had prepared things down to the last detail, meticulously. This was something that took time. This was not preparation that began the day before,” said Northern District Police chief Shimon Lavi.

The prison break, one of the worst in the country’s history, was possible due to a litany of apparent oversights, mistakes and blunders by prison guards, allowing the six prisoners — four of whom were serving life sentences for terror-related crimes and all of whom had ties to terrorist organizations — to escape. Public Security Minister Omer Barlev has called for a commission of inquiry to investigate the prison break and the failures by the Israel Prisons Service to prevent it.

In a Channel 12 interview on Saturday night, Barlev called the escape a “major failure” that he said was caused in part by allowing the prison to be built with a gap between the floor and the ground.

“This was Israeli corner-cutting in every way. There was a push to set up the prisons, but they built them in the air in order to save money,” he said.

Despite the ignominious start, Lavi said that Israel’s security service quickly banded together to locate the fugitives.

“If there’s something you need after a crisis, it’s optimism. And we had optimism,” he said.

“They had learned lessons from their previous arrests. They did everything to make it more difficult for us to catch them, including leaving false trails to bring us to the wrong place and splitting up and using other means. It made it more difficult to perform a major manhunt, but even though these were people with experience, they made mistakes and we were waiting for those mistakes,” Lavi said.

The first two suspects — Yaquob Qadiri and Mahmoud al-Arida — were arrested in the northern majority-Arab city of Nazareth in northern Israel late Friday night, after police received tips from residents of the area about them. The other two — Zakaria Zubeidi and Muhammad al-Arida — were picked up on Saturday morning in Nazareth, police said.

Noting major swelling on Zubeidi’s face following his arrest, defense attorney Avigdor Feldman called for the court to have his client’s health checked. 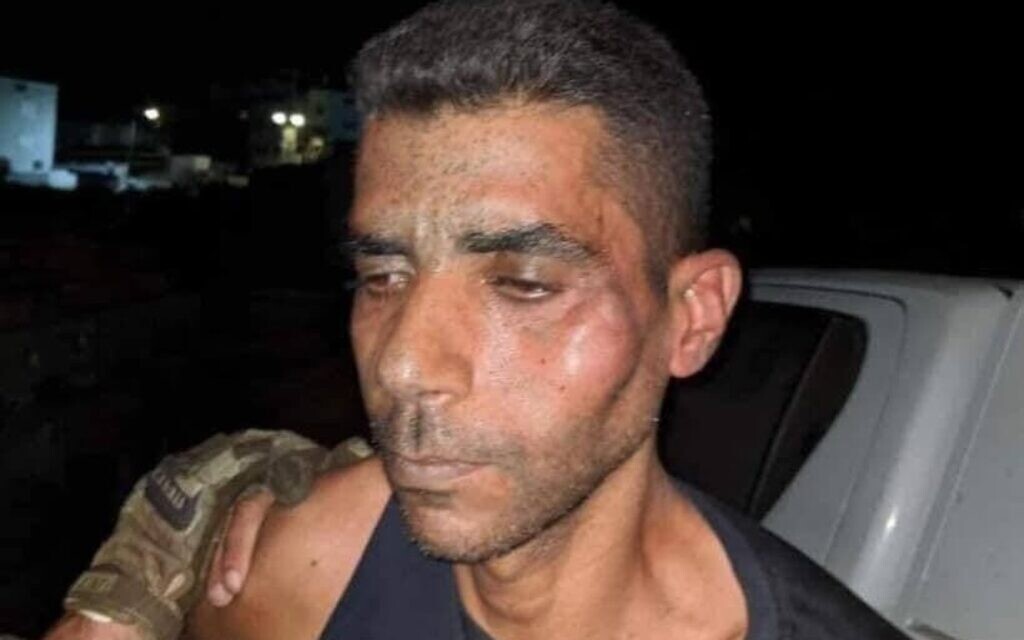 Zakaria Zubeidi seen after being recaptured in northern Israel on September 11, 2021 (Courtesy)

The four captured fugitives will likely be kept in solitary confinement following their capture.

At least one of the two prisoners who are still at large is believed to have entered the West Bank, while the other “could be on either side of the Green Line,” Barlev said in his Channel 12 interview on Saturday night.

The four who were arrested inside Israel were believed to have failed to enter the West Bank due to the police checkpoints that were set up in the area around the prison, Channel 12 reported.

Investigators believe that while the men meticulously plotted their escape from the prison, they had relatively few clear plans upon getting out and struggled to receive the assistance they anticipated to avoid capture. The six men apparently first walked together to the Arab Israeli town of Na’ura and split up from there.

Prime Minister Naftali Bennett lauded the cooperation between the Israel Police, Israel Defense Forces, Shin Bet security service and Israel Prisons Service, which he said was a “key to success” in the effort to locate the four fugitives. 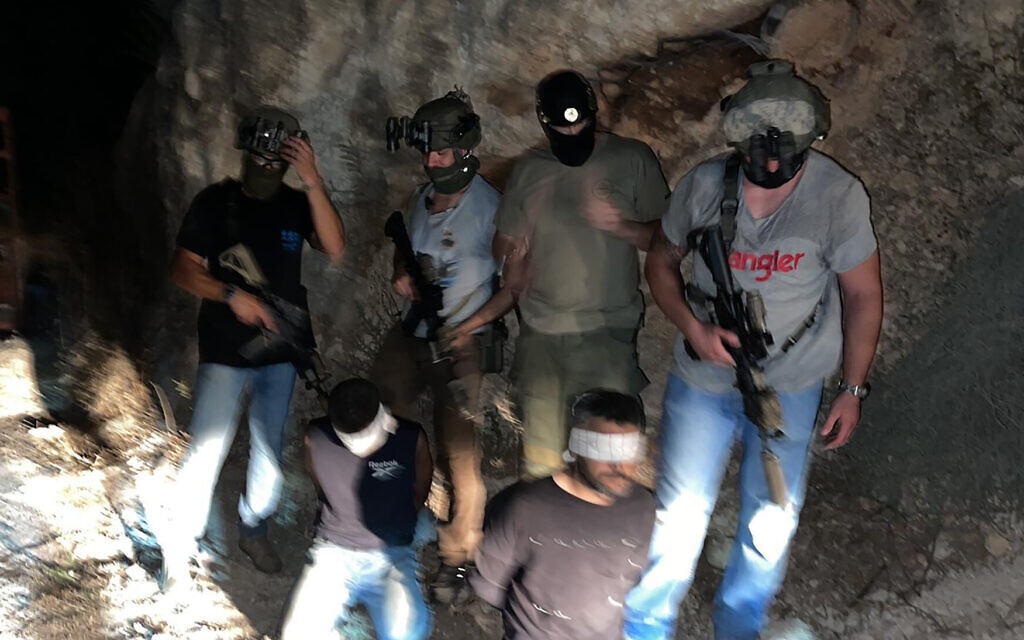 In this photo provided by Israel Police, Israeli security forces stand next to escaped Palestinian security prisoners Zakaria Zubeidi, left, and Mohammed al-Arida, blindfolded and handcuffed after being recaptured in the northern Arab town of Shibli–Umm al-Ghanam, September 11, 2021. (Israeli Police via AP)

“High alertness must be maintained, and cooperation must continue until the operation is complete,” Bennett said, according to a statement from his office.

The premier also thanked the Arab Israeli citizens who called the police when they spotted the fugitives, assisting in their capture.

IDF Chief of Staff Aviv Kohavi similarly hailed the cooperation between Israel’s security forces in the search for the fugitives, warning that the event had implications beyond the immediate concerns that the two at-large security prisoners may still commit an attack.

“The cooperation between organizations and professions is the key to finding the terrorists, as was proven in recent days. This is an event with regional implications, which radiates to other areas, and we are prepared for every scenario,” Kohavi said.

In the days following the prison break, Palestinians in the West Bank, Gaza Strip and East Jerusalem have held solidarity protests with the fugitives, some of them violent. On Friday and Saturday, terrorists in the Strip also launched rockets at southern Israel at least in part as a response to the capture of four of the six prisoners.

“Thousands of soldiers in the field, in headquarters, in intelligence units are trying to analyze and to catch the terrorists. We are doing everything needed with all of our strength, using our deepest technological, intelligence and special capabilities,” Kohavi said.