On the second day of the evidentiary stage of Benjamin Netanyahu’s corruption trial, key prosecution witness Ilan Yeshua detailed how, as the former CEO of the Walla news site, he was asked to be part of a cover-up effort to hide the alleged quid pro quo deal with the prime minister, giving him positive news coverage.

The testimony was heard despite efforts by Netanyahu’s lawyers to disqualify parts of it.

On Monday, Yeshua recounted how he was repeatedly instructed by his bosses and people close to Netanyahu to skew the news site, Israel’s second-largest, toward positive coverage of the premier and criticism of his rivals — and said he believed those instructions were part of a tradeoff deal between Netanyahu and the site’s owners.

This alleged transaction goes to the heart of the most serious of the three cases against Netanyahu, Case 4000, in which he is charged with bribery, fraud and breach of trust. Netanyahu has pleaded not guilty to all charges.

Netanyahu allegedly used his powers when he served as both premier and communications minister from 2014 to 2017 to illicitly benefit telecommunications magnate Shaul Elovitch, the controlling shareholder of Bezeq, in exchange for positive coverage of the prime minister and his family by the Elovitch-owned Walla news site. Elovitch and his wife Iris also face bribery charges in Case 4000. Other Bezeq officials were indicted in related, but separate, cases last year.

Continuing his testimony Tuesday, Yeshua told the Jerusalem District Court of the moment he decided to stop working to change coverage at the request of Shaul and Iris Elovitch.

“I got a call from Iris, she asked me to come to her home and said they would receive me in the private wing of the house. When I got there they asked me to leave my phone outside the room,” Yeshua said.

He recounted how he was told that an investigation had been opened into Netanyahu and that his associates were worried it may be focussed on his relationship with the Elovitch couple. As a result, he said he was told, the three of them must coordinate their stories so they don’t contradict each other.

“Their suggestion was that I say I initiated everything, and that it was for ideological reasons and that I did not want the site to be left-wing,” Yeshua said, stressing that he was asked to lie to investigators if it came to that.

“I was told to say there was nothing, and Shaul would say and so would the prime minister, and then the investigators would have nothing,” he recounted. 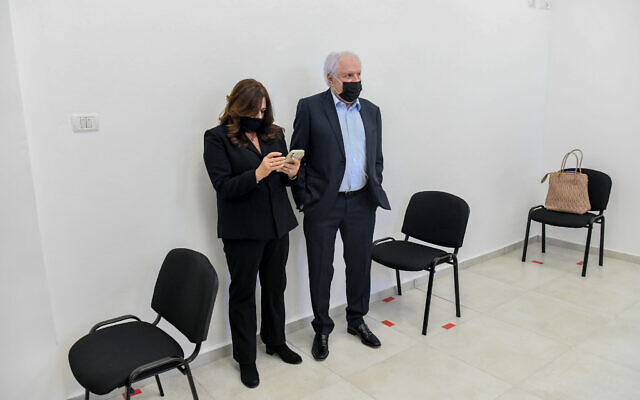 Yeshua, in testimony repeatedly interrupted by the defense attorneys, also recalled how he was asked to delete incriminating messages from his phone.

“They asked me if I was deleting the correspondence between us, and I said no, so they said it should be deleted and asked me to do so in their presence. I said I did not want to, that there were private pictures there and that I was afraid I would delete pictures of my late mother… they tried to press me for a few minutes. I said I was not deleting anything,” he said, adding that he quickly changed the name of their group to “Grandchildren Pictures” so that it could not be located.

According to Yeshua, after that meeting he decided to end his intervention in Walla’s content for the benefit of Netanyahu and informed a number of people that “biased coverage was over.”

Asked by prosecutor Yehudit Tirosh why he decided to stop, Yeshua said the request had crossed a line and made him realize that he may have been engaged in criminal activity.

“In all the years of biased coverage, I did not think it was criminal but in this request of me to coordinate versions [of events], I said to myself, what is going on here?” he said. “For me, it was crossing a line. I decided not to go ahead with it. ”

As Tuesday’s session opened, Tirosh told the court that in the wake of his testimony the day before, Yeshua had received “unpleasant messages” that he felt were problematic. Some media reports characterized the messages as threatening.

Presiding Judge Rivka Friedman-Feldman responded, “When a witness says that he received unpleasant messages, that can influence his behavior.”

The messages were forwarded to the police for their examination. 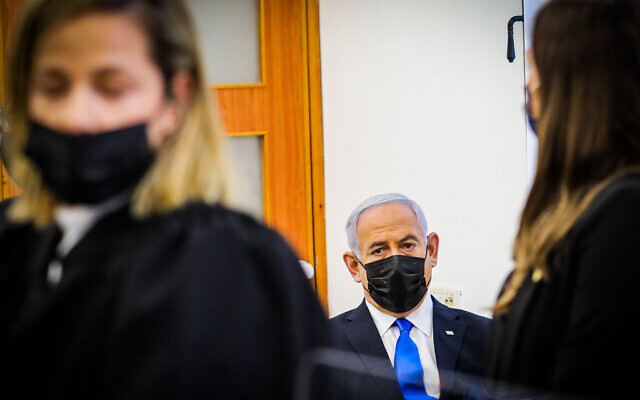 After Yeshua’s testimony, the court rejected two requests from Netanyahu’s lawyers to disqualify parts of his account. The defense had sought to discredit claims from his pretrial testimony to prosecutors and recorded conversations extracted from his phone.

The judges, however, ruled the evidence was legitimately obtained and rejected their requests.

The trial is scheduled to continue from 9 a.m. to 3:30 p.m. every Monday, Tuesday and Wednesday for at least the next few weeks.

Netanyahu was required to appear in court Monday at the start of the evidence phase, but was granted permission to leave early.

He exited shortly after lead state prosecutor Liat Ben-Ari finished a 20-minute speech in which she laid out the criminal charges against him, describing the ways in which the prime minister allegedly abused the powers of his office in Cases 1000, 2000 and 4000.

Later Monday, Netanyahu lashed out at state prosecutors after the first day of testimony in his corruption trial, accusing them of “hypocrisy” and of leading a “witch hunt” against him. He said the investigation and prosecution constitute an effort by police and prosecutors to “trample democracy” in Israel and subvert the will of the electorate.

In response, senior Justice Ministry and police officials anonymously said Netanyahu’s claims were false, accused him of seeking to intimidate the court, and warned his allegations placed prosecutors in danger. 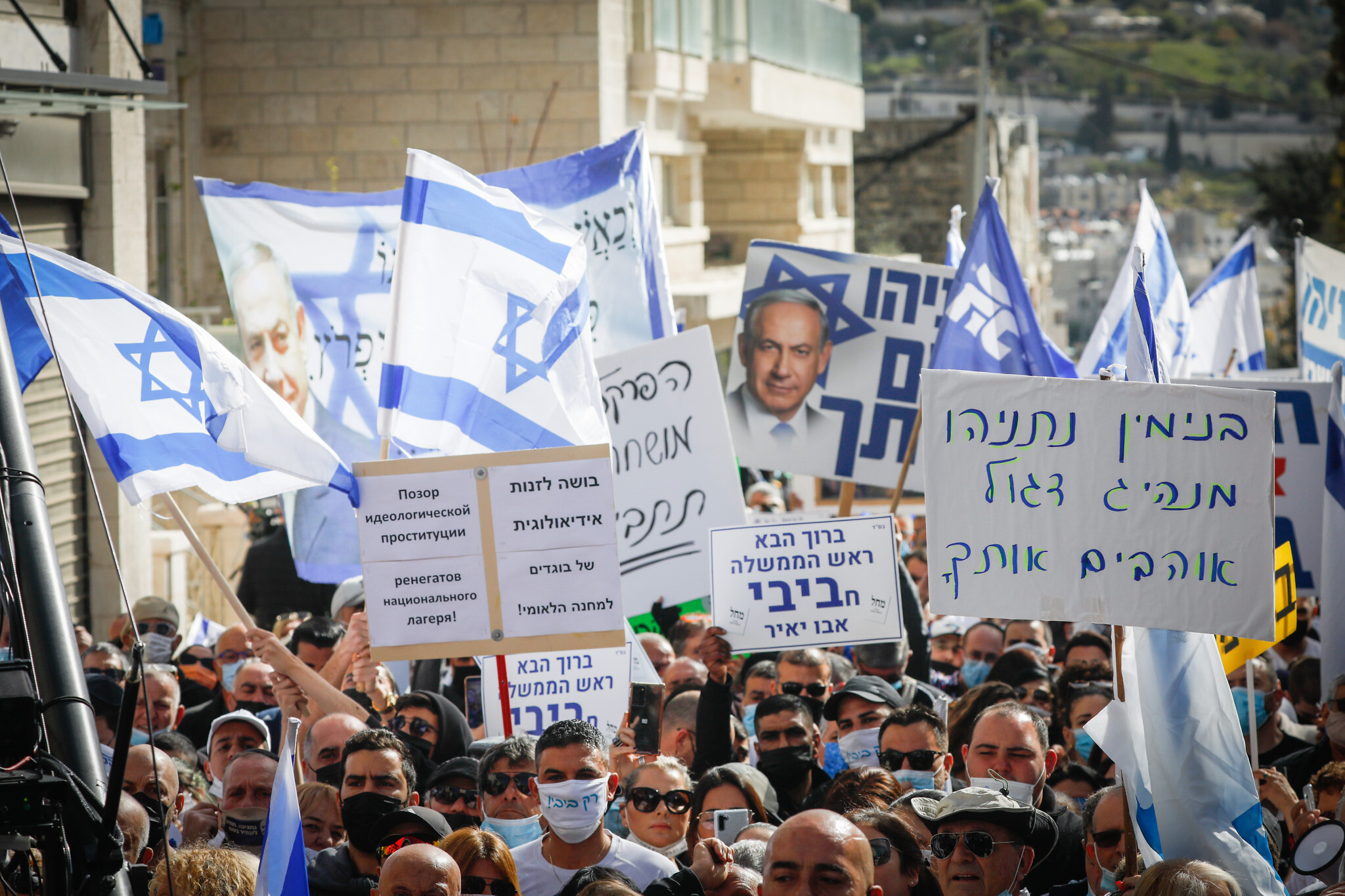 Netanyahu denies wrongdoing in all of the cases.