A new photography exhibit displayed along the grand concourse of Ben Gurion International Airport shows the Israeli experience through portraits of the first ultra-Orthodox woman pilot, the first Muslim motorcycle ambulance driver, a house of study for Jews and Arabs, and Israel’s Olympic baseball team, among others.

The exhibit, “Hamsa Aleinu,” takes its name from the hand symbol popular among Jews and Muslims, comprising five fingers that are distinct from each other but part of the same whole.

The 34 photos in the exhibit aim to show Israel’s diversity as an integral part of its story and ethos through portraits of its initiatives, events, people and real-life stories, like pieces of a jigsaw puzzle.

The exhibit was inspired by President Reuven Rivlin’s 2015 Tribes speech, and presented by the Israeli Hope program of the President’s Residence and the Vibe Israel organization, which works on promoting Israel worldwide.

“We all understood that the fragile set of relations between us must be turned into a robust fabric of partnerships,” said Rivlin, at the official opening of the exhibit on Sunday. “A fabric based on our social resilience that lays out a vision of Israeli Hope.” 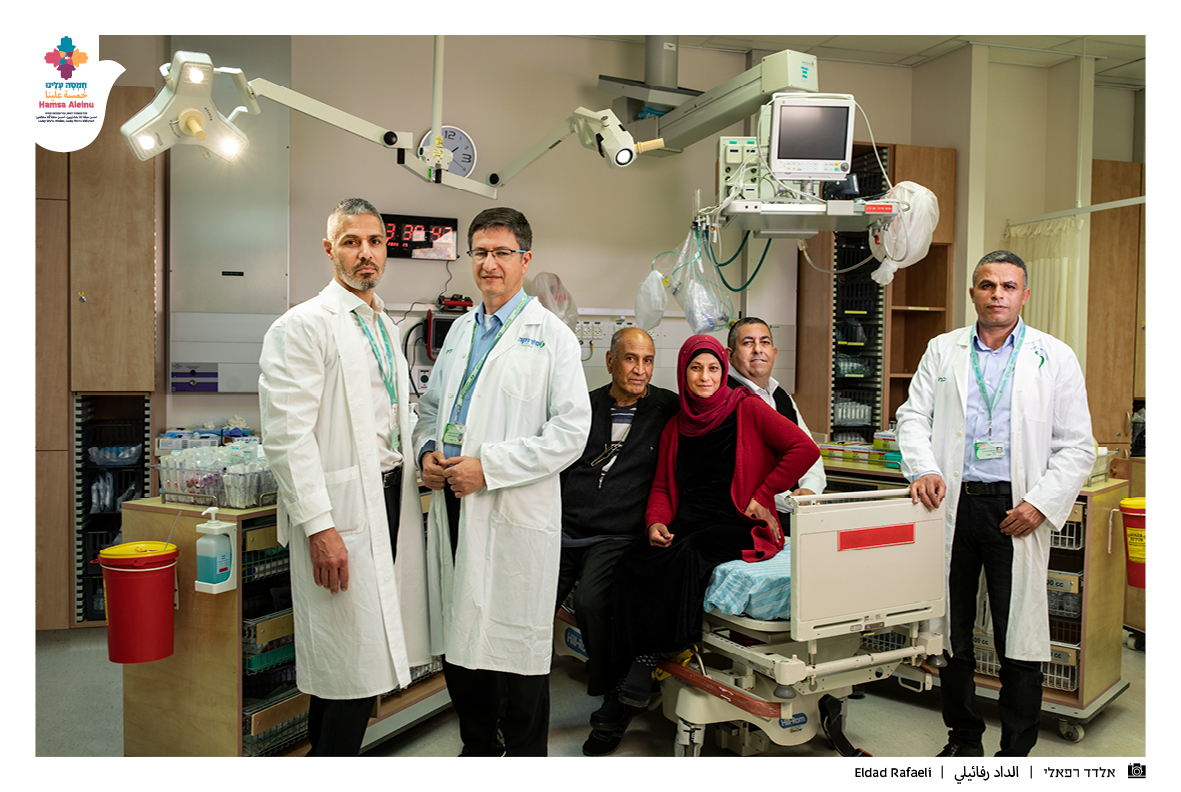 A portrait of Arab and Jewish doctors is part of ‘Hamsa Aleinu,’ a new exhibit at Ben Gurion Airport (Courtesy Eldad Refaeli)

“Every time people are walking here on their way to their flights, they will look at the pictures and get to know the people who live and breathe true partnership,” said Rivlin.

“And I know that behind that acquaintance, when they take off for other countries, they will remember where we come from and that we come back home here, the home of everyone.” 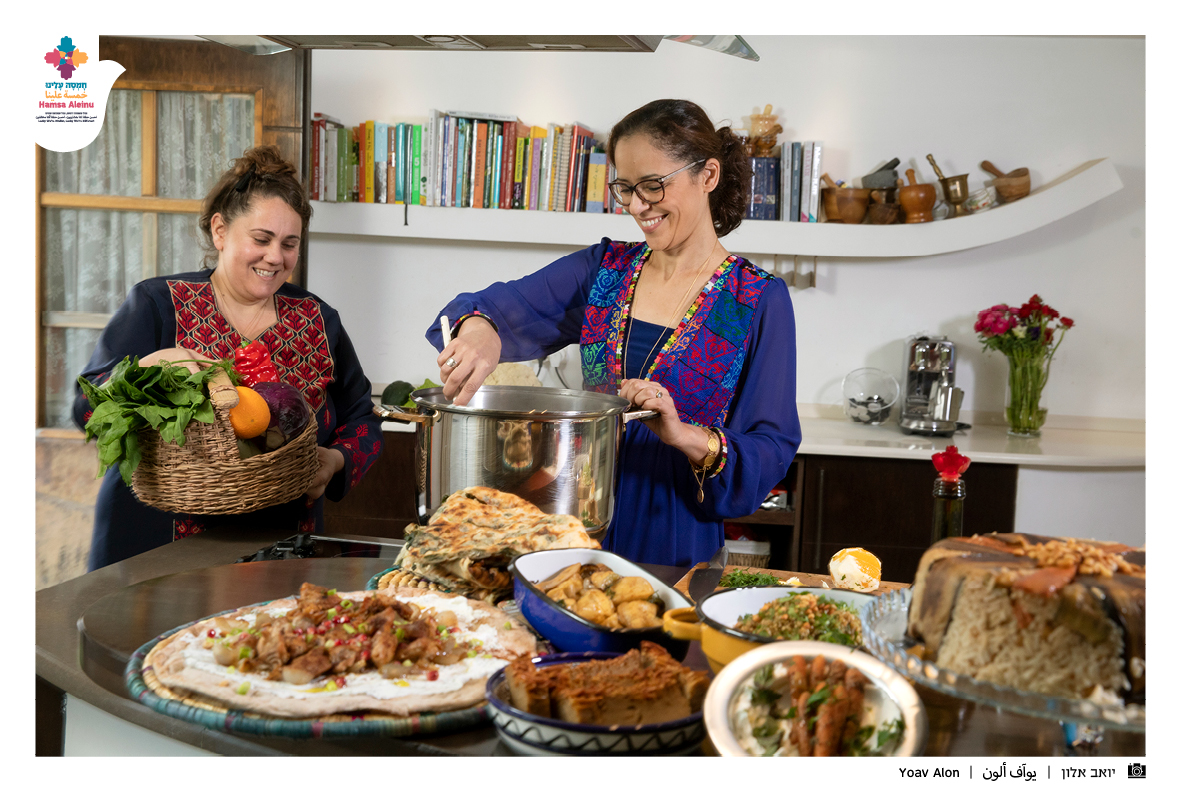 The portraits include Nechama Spiegel Novak, one of the first female ultra-Orthodox El Al pilots, with a photo taken when she was in the final stages of pregnancy with her sixth child.

Sanaa Mahamid, the first Muslim woman motorcycle ambulance driver, is featured, as are Adam Ziv and Ala Suweitat, a Jew and Arab who set up the Buza ice cream chain, which won a UN award for embodying the dream of a better world. 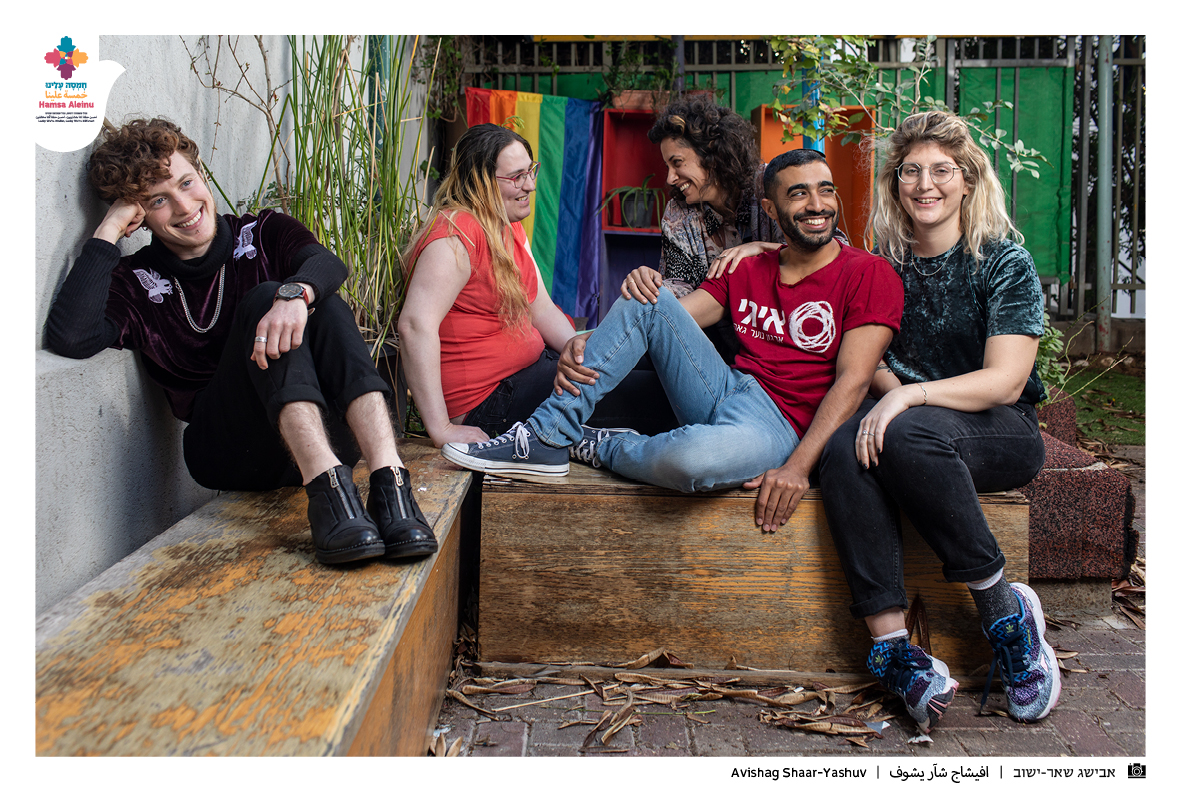 Some of the residents of IGY, the Proud Youth Organization of LGBTQ youth who come from all kinds of backgrounds (Courtesy Avishag Shaar-Yashuv)

The exhibit will be on display at Ben Gurion Airport until the end of 2021.