The latest data from the Health Ministry on Saturday showed that over 1,000 new coronavirus cases were recorded during the previous day for the first time in nearly 4 months. The number of cases diagnosed on Friday stood at 1,118.

The number of active cases was at 6,563, of which there were 60 serious cases.

In an interview with Channel 13 on Saturday, Health Minister Nitzan Horowitz said he believed actions taken by the government so far were insufficient.

“We’re seeing a rise in infections and serious cases… What are we waiting for? To have thousands of cases a day? Hundreds in serious condition? For hospitals to fill up? We need to stop playing games.”

According to Kan and Channel 12 news, Health Ministry officials are calling to immediately reintroduce the Green Pass vaccination certificate to once again limit attendance at performances, restaurants, hotels and gyms, in light of the continued rise in new coronavirus cases.

The pass limits entry at various establishments to those who are vaccinated or recovered from COVID-19, or who have a valid negative test.

Eran Segal, a health expert advising the government on its pandemic response, tweeted that while infection numbers are rising, the number of new serious cases per day remains far lower than in past outbreaks, following the country’s mass vaccination rollout.

Israel is expected to see a major increase in enforcement this week, as local municipality inspectors once again spread out at shopping malls and other indoor locations to fine people without masks.

Israel: Over 1000 daily cases, for the first time in 4 months

There will also be increased enforcement of quarantine for those who are obligated to self-isolate.

On Wednesday, authorities will start enforcing the so-called “Revelry Pass” that will include various limitations on venues hosting weddings, parties and other events where people mingle.

New Health Ministry director-general Nachman Ash said on Saturday that he doesn’t believe there will ultimately be another coronavirus lockdown, but could not rule out the possibility. 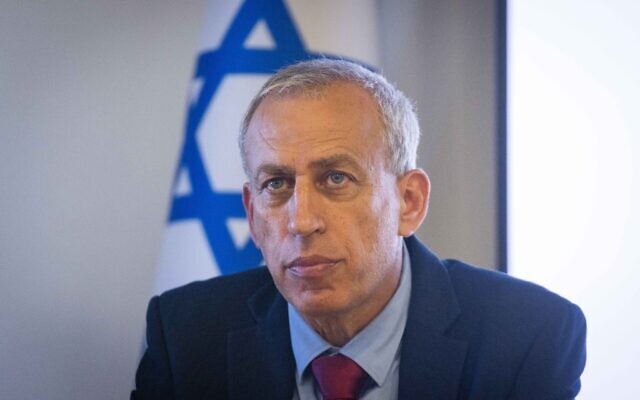 “Anything can happen, but we don’t want to reach a lockdown situation,” he told Channel 12.

He urged the public to follow health rules in order to help curb infections.

On Friday, at a situational assessment in Tel Aviv, Prime Minister Naftali Bennett said protection afforded by COVID-19 vaccines was “weaker than we’d hoped” against the surging Delta variant.

“Anyone who hoped that vaccines on their own would solve the problem — they won’t,” Bennett said at the meeting attended by ministers, health officials, national security council members, police and the military.

“Delta is surging” all over the world, he said. “On the one hand, the vaccines are effective against the virus, and so we are making sure we have the necessary stocks. But vaccines alone are not enough.”

He added: “We don’t know exactly to what extent the vaccine helps, but it is significantly less” against Delta than previous strains. “We all hope to see a slowdown, but the facts at the moment are that there isn’t a slowdown — not here and not around the world.”

All travelers, including those who are vaccinated or have recovered from COVID-19, are now required to self-isolate for 24 hours upon arrival to Israel, or for a shorter period if they receive a negative test result.

Meanwhile, those returning from 15 countries deemed to have high infection rates are required to quarantine for seven days with a negative test result, according to the ministry’s updated guidelines. The full quarantine period was recently shortened from the previous 10-14 days. 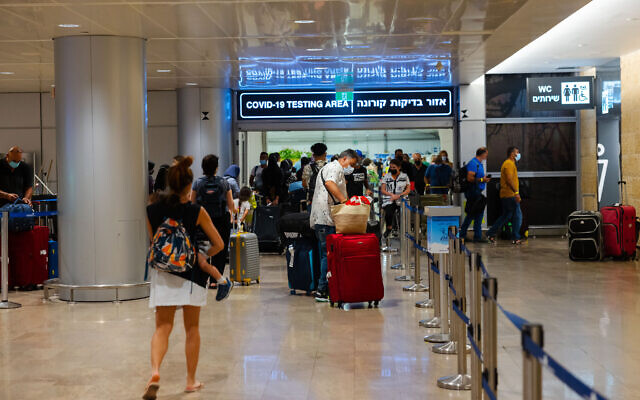 In a potential blow to summer vacationers, Israel is expected to add Greece to the list of countries requiring full quarantine for all returnees, Kan news reported Saturday.

The report said the move was being mulled by officials in the wake of rising infection rates in Greece, as well as a number of cases found among vacationers returning to Israel from the nearby nation.

Meanwhile, the Health Ministry said on Friday that from July 23, Spain and Kyrgyzstan will be added to the list of countries that Israelis are barred from flying to due to extreme rates of infection  — provided that a government committee approves the ministry’s request.