PARIS, France — More than 200 million coronavirus vaccine doses have been administered in at least 107 countries and territories, according to an AFP count based on official sources Saturday.

In total 201,042,149 doses had been given worldwide by 12 p.m. Jerusalem time — a figure that does not include the latest data from China and Russia, countries that have stopped making their progress public in recent days.

Some 45 percent of the injections took place in countries belonging to the wealthy G7 club, whose members account for just 10% of the global population.

G7 leaders plan to more than double their total support to worldwide coronavirus vaccinations, to $7.5 billion, including through the World Health Organization-led Covax scheme.

A medical worker inoculates a sanitation Worker of Municipal Corporation of Delhi (MCD) with a Covid-19 coronavirus vaccine at a vaccination centre in New Delhi on February 20, 2021. (Prakash SINGH / AFP)

More broadly, 92% of doses worldwide have been given in countries classified by the World Bank as “high-income” or “upper-middle income,” accounting for around half of global population.

Among the 29 countries the institution ranks as “low-income,” only Guinea and Rwanda have begun vaccinating.

Israel is far ahead of any other country worldwide with almost half its population of nine million people having received at least one vaccine dose.

One in three Israelis has received both doses needed for full protection. 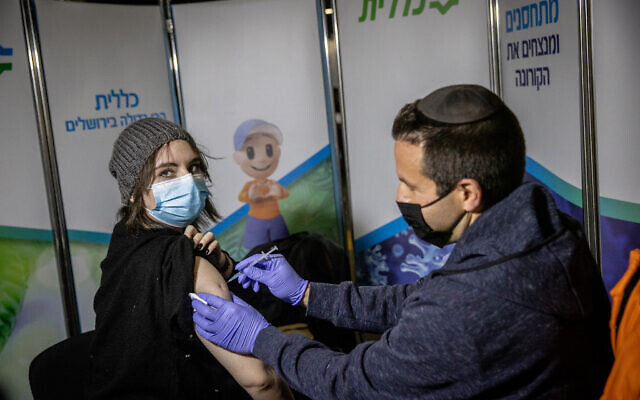 In absolute figures, the US has injected more people than any other nation, with 59.6 million doses.

The number of new deaths reported also fell 10% week-on-week, to 81,000, the WHO said in its weekly epidemiological update, using figures up to Sunday.

Five of the six WHO regions of the world reported a double-digit percentage decline in new cases, with only the Eastern Mediterranean showing a rise, of 7%.

New case numbers dropped 20% last week in Africa and in the Western Pacific, 18% in Europe, 16% in the Americas and 13% in southeast Asia.

WHO director-general Tedros Adhanom Ghebreyesus said Monday that the number of new cases had declined for a fifth consecutive week, dropping by almost half, from more than 5 million cases in the week of January 4.

Meanwhile the Covax facility, the global COVID-19 vaccine procurement and distribution effort which aims to ensure poorer countries are also able to access doses, said its final shipment list for the first deliveries would be issued next week, following the WHO giving the green light to the AstraZeneca jabs.

On Monday, the WHO gave the seal of approval to the AstraZeneca-Oxford vaccine being manufactured in plants in India and South Korea, meaning it can now be shipped out via Covax, giving many countries their first COVID-19 shots.

“Covax anticipates the bulk of the first round of deliveries taking place in March, with some early shipments… occurring in late February,” the WHO co-led facility said in a statement. 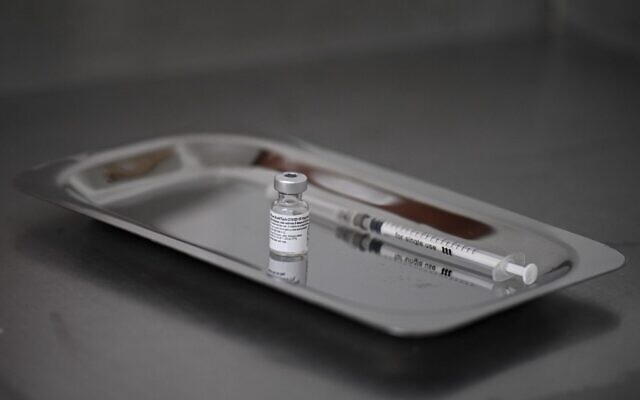 A vial of the Pfizer-BioNTech vaccine against COVID-19 taken at the Versalles Clinic, in Cali, Colombia, amid the novel coronavirus pandemic on February 19, 2021. (Luis ROBAYO / AFP)

The interim distribution list issued on February 3 broke down the program’s initial 337.2 million doses — of which all barring 1.2 million Pfizer-BioNTech doses, are from AstraZeneca. Both WHO-approved vaccines require two injected doses.

Some 145 economies participating in Covax are set to receive enough doses to immunize 3.3% of their collective population by mid-2021.

“Deliveries for this first round of allocation will take place on a rolling basis and in tranches,” Covax said.