Over 750 new cases of the coronavirus were confirmed in Israel on Tuesday for the second day running, as health officials scramble to contain the outbreak despite government reluctance to impose new restrictions.

The spike in cases came as health authorities were reportedly raising the alarm over the possible spread of the Delta Plus variant, which has been found in 51 patients just six days after first being discovered here.

Health Ministry figures showed 754 new cases confirmed on Tuesday, slightly below the 760 registered a day earlier, which was the highest figure since March 24. There have been 847,969 cases since the pandemic began, representing nearly a tenth of the population.

The number of patients in serious condition rose from 45 to 53 on the Health Ministry dashboard Wednesday, and five more people were listed on ventilators, bringing the number to 15. One death was recorded, bringing the toll since the start of the pandemic to 6,440.

The Kan broadcaster reported Tuesday that the Health Ministry will start ordering genetic sequencing on the coronavirus strain found in all patients who are hospitalized in serious condition, as they seek to track the spread of the so-called Delta Plus subvariant.

Much remains unknown about Delta Plus, which has an extra mutation in the spike protein beyond the ultra-infectious Delta variant of SARS-CoV-2, though the significance of the extra mutation remains unclear.

The Delta variant, which is believed to be twice as contagious as the original strain of the virus that causes COVID-19, is thought to be responsible for roughly 90 percent of new cases in Israel over the past few weeks.

Health officials are said to fear that the Delta Plus strain could prove to be stronger and more virulent than its predecessor.

Kan reported Wednesday that unnamed professional officials believe that if the current rise in infections continues, next month will see thousands of people enter quarantine every day. They reportedly fear this could further damage the economy and potentially disrupt the beginning of the school year.

However, ministers decided Tuesday to ease up on restrictions, shortening quarantine to seven days from the current 10-14 days while declining to back a Health Ministry proposal that would have reimposed some limits on gatherings.

Minister Ze’ev Elkin, a member of the so-called coronavirus cabinet, told Army Radio Wednesday that the Health Ministry “came with some grasp of what it wants, but didn’t manage to put it in legal wording.”

The Health Ministry is seeking to partially reintroduce the Green Pass system for indoor events attended by more than 100 people, such as weddings, performances, gyms, restaurants, cafeterias and houses of worship.

Under the system, people who are unvaccinated and have not recovered from the virus will be barred entry unless they take a rapid virus test outside the venue or present a negative virus test taken in the previous 48 hours. 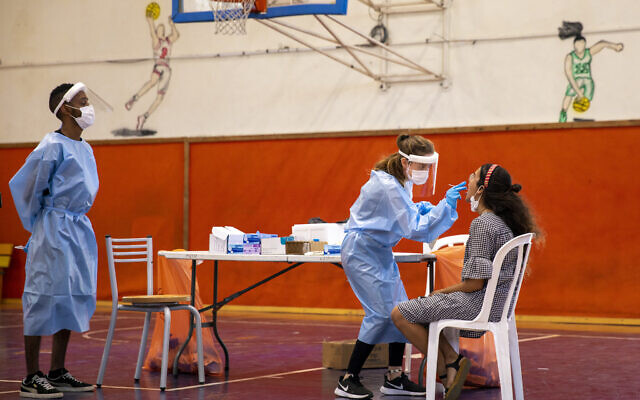 A medical worker tests for the coronavirus at a basketball court turned into a coronavirus testing center in Binyamina, June 29, 2021. (AP Photo/Ariel Schalit)

The system would not be applied to malls, trade areas or public transportation.

The ministry also asked for a further NIS 1.5 billion ($457 million) for virus response, of which NIS 300 million ($91 million) will be used to buy more vaccines, Channel 13 reported.

Prime Minister Naftali Bennett said during the coronavirus cabinet meeting that the government was introducing measures the public can live with.

“We expect from all of the public to fully comply with quarantines, with tests at the end of the [isolation] period, with vaccinations and with wearing masks,” Bennett said. 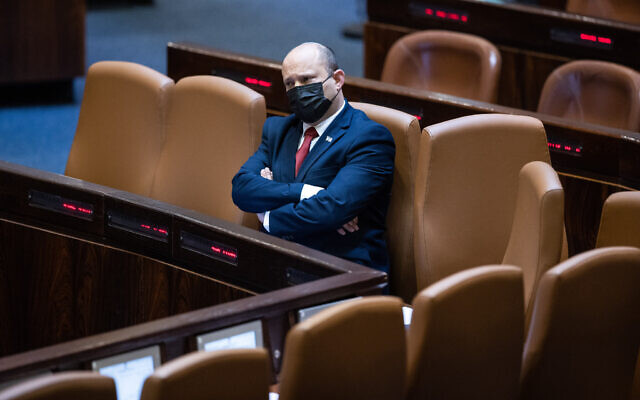 Prime Minister Naftali Bennett in the Knesset, in Jerusalem on July 13, 2021. (Yonatan Sindel/Flash90)

“We are committed to doing everything in order to protect public health with a minimum impact on daily life,” said Health Minister Nitzan Horowitz.

At the cabinet meeting, ministers also decided to set up rapid virus test sites across the country.

After successfully bringing down the number of virus infections, Israel largely lifted restrictions it had imposed over the past year to curb morbidity. However, with the recent rise in cases, there has been talk from officials about the need to reimpose some measures.

Nachman Ash, the former coronavirus czar who took over as Health Ministry director general from Chezy Levy on Tuesday, said Wednesday that he sees the way forward as a mix of some Green Pass rules and limits on gatherings.

“The more the number of cases rises, it seems the wider the steps will need to be,” he told the Ynet news website. “The main problem is the indoor spaces.” 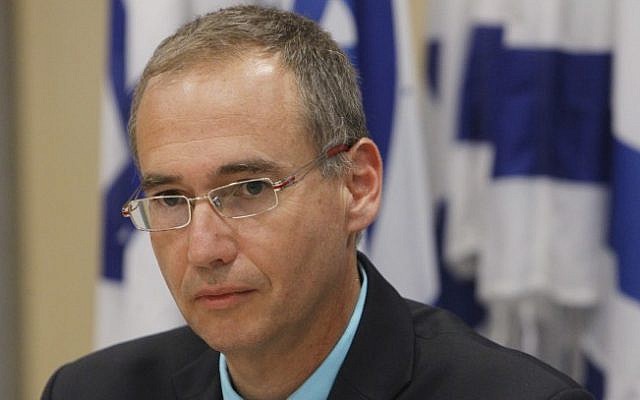 Kan reported Tuesday that the two leading candidates to replace Ash as COVID-19 czar are Dr. Salman Zarka, the manager of Ziv Medical Center in Safed, and Prof. Arnon Afek, the deputy CEO of Sheba Medical Center and a former Health Ministry director.

The report said both Zarka and Afek have expressed willingness to serve in the position. The appointment — a joint decision by Ash, Nitzan Horowitz and Bennett — is expected to be announced within two weeks.