In an attempt to build new ties with the incoming administration of US President-elect Joe Biden, the Palestinian Authority is reportedly considering changing its policy of paying stipends to Palestinian security prisoners, including those convicted of terror attacks.

Israel has long sought to clamp down on the practice, which it says constitutes incitement to terrorism. Israeli officials have called it “pay-for-slay,” saying that it incentivizes terror by increasing payments depending on the sentence — meaning that those whom Israel has convicted of more serious crimes receive more money from the PA.

But Ramallah has repeatedly defended the policy, describing the payments as a form of social welfare. It is also popular domestically: In addition to those who unabashedly support armed terror against Israeli civilians, many ordinary Palestinians do not trust Israel’s military justice system.

The new policy would give the families of Palestinian prisoners stipends based on their financial need rather than tying them to their prison sentence, PA Prisoners Affairs Commission chairman Qadri Abu Bakr told The New York Times.

“Economic need must serve as the basis. A single man should not be earning the same as someone with a family,” Abu Bakr said.

Around 7,000 released prisoners were already in the stages of being employed by the PA, Abu Bakr told the Turkish-run Anadolu News Agency. Previously, he said, the Authority would pay them for sitting at home.

For some Israeli critics, however, the reported change in policy does not go far enough.

“A terrorist needs to know that when he takes part in terrorism, his family won’t receive any money from the Palestinian Authority because he has entered prison in Israel,” Likud MK Avi Dichter, a former head of the Shin Bet security agency, told The New York Times.

Palestinian officials are reportedly changing strategy following Joe Biden’s victory in the US presidential elections, in an effort to reverse the harsh punitive measures the Trump administration applied to Ramallah. The prisoner issue has long hampered the PA’s diplomatic efforts in Washington, and Israel has repeatedly invoked the terror funding to criticize Ramallah in international forums.

On Wednesday night, it was reported that the Palestinian Authority had quietly returned its ambassadors to the United Arab Emirates and Bahrain after having recalled them in protest of the countries’ decision to normalize ties with Israel.

Another expression of the Palestinian shift came on Tuesday night, when senior PA official Hussein al-Sheikh announced that Ramallah was renewing its ties with Israel. The announcement ended a six-month-long crisis that saw the tight security coordination between Israel and the Palestinians collapse and hundreds of thousands of Palestinian civil servants go without their full salaries.

“We’re going off of what the new administration has announced in their campaign…they’ve said the Trump Peace Plan will be off the table, the [restoration of] the PLO mission and the East Jerusalem Consulate and UNWRA aid, and so on,” al-Sheikh said.

“This, for us, is not just a window, it’s a gate through which we can reestablish our relationship with the United States,” he said. 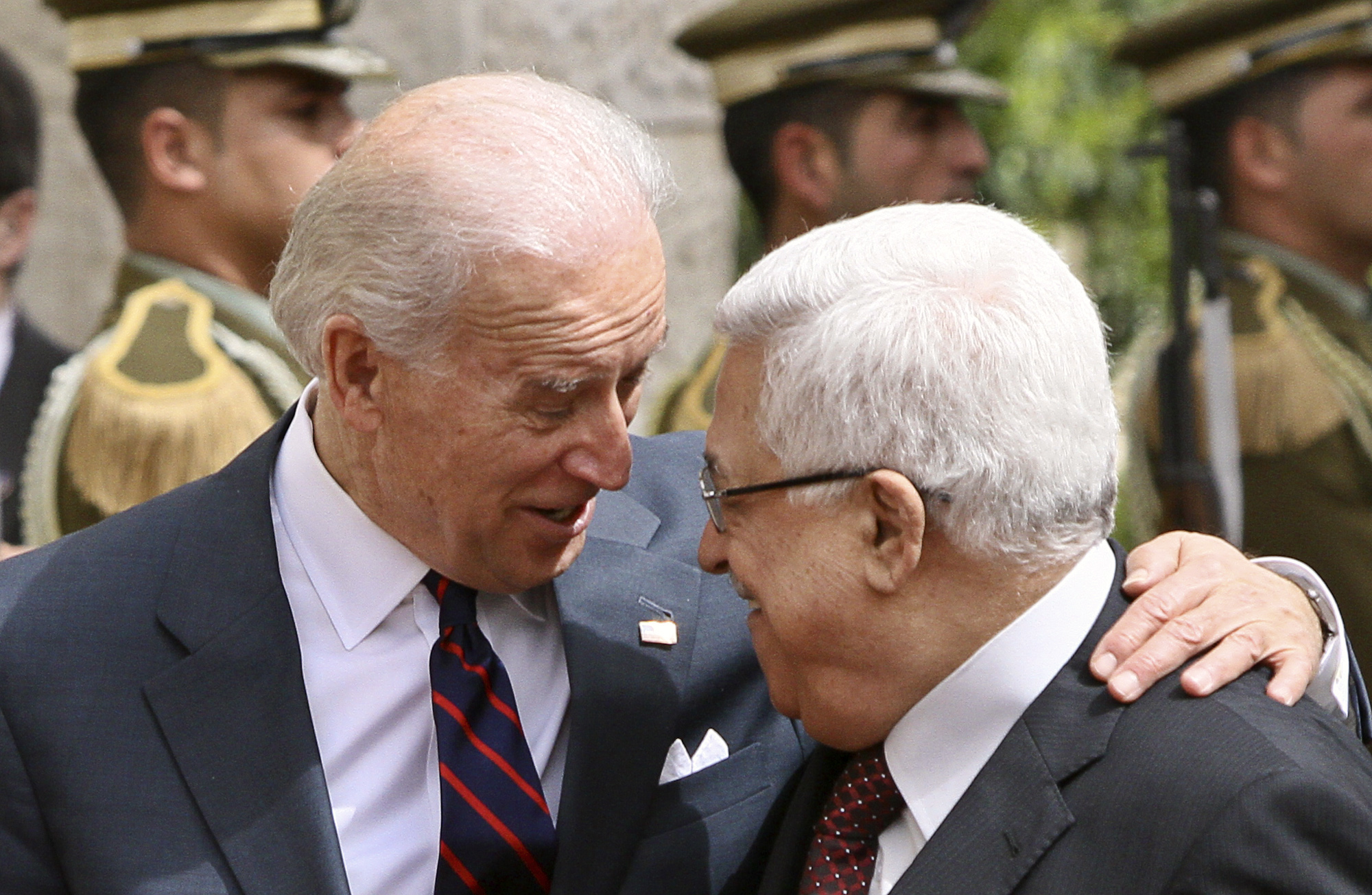 The New York Times reported that Biden transition officials had emphasized to the Palestinians that unless Ramallah dropped the prisoner salary issue, there would be little political movement toward reestablishing ties.

Biden has pledged to renew “economic and humanitarian assistance to the Palestinians.” But he cannot do so entirely with the stroke of a pen on an executive order unless the PA ceases paying prisoner salaries.

The 2018 Taylor Force Act — named for a young American studying abroad in Israel who was fatally stabbed by a Palestinian terrorist in Tel Aviv in March 2016 — suspended assistance to the Palestinian Authority as long as it continued to pay out the salaries.

Under the Taylor Force Act, US funding for Palestinians can still be greenlighted only if it does not directly benefit a Palestinian Authority that still pays the stipends. The legislation also specifically denies the executive branch the right to waive the guidelines on grounds of national security.

Turning the American cash tap back on is a top priority for Ramallah under a Biden administration. Before the Trump White House began cutting back aid to the Palestinians in 2018, the United States was a major donor to the West Bank and Gaza, including hundreds of millions in direct economic assistance to the PA.