Heavy gunfire was heard in the Jenin region on Sunday, as Israeli security forces reportedly came under fire during a manhunt for two escaped Palestinian prisoners who remain on the run following the capture of four other escapees.

Palestinian media reports claimed militants had opened fire toward Israeli troops near the town of Araqah, west of the city of Jenin in the northern West Bank.

But a spokesperson for the Israel Defense Forces told the Times of Israel that the army was unaware of the incident.

In recent days, especially near Jenin, Palestinians have reportedly opened fire toward Israeli troops in a number of incidents amid the intense manhunt for the fugitives who fled from Gilboa Prison last Monday.

Separately, an explosive device was detonated near the town of Mughayir, northeast of Ramallah, according to Palestinian media reports. There were no reports of damage or injuries in either incident.

Authorities believe that at least one of the remaining fugitives fled to the northern West Bank, where all six of the prisoners hail from.

At the same time, security forces reportedly conducted searches near the town of Tel Adashim, south of Nazareth, where two of the escapees were arrested on Friday.

Al-Arida, considered a senior Islamic Jihad member, was jailed for life for terrorist activity, including attacks in which soldiers were killed. Qadiri, also an Islamic Jihad member, was also serving life terms for acts of terrorism including the murder of an Israeli in 2004. Both men were reportedly involved in a 2014 attempt to break out of Gilboa.

Zakaria Zubeidi and Mohammed al-Arida, the younger brother of the reported mastermind of the jailbreak, were then recaptured by Israeli counterterror police officers near the northern town of Shibli–Umm al-Ghanam at around 5 a.m. on Saturday.

Police take Zakaria Zubeidi to a patrol car after he was captured in northern Israel after escaping from prison with other security prisoners, September 11, 2021. (Israel Police)

The younger al-Arida, also an Islamic Jihad member, was arrested in 2002 on terror offenses and sentenced to life in prison.

Meanwhile, Iham Kamamji and Munadil Nafiyat, both of whom are members of the Islamic Jihad terror group, are still on the run since Monday’s jailbreak.

“The estimation is that one has succeeded to get to the West Bank. The other one could be on either side of the Green Line,” Public Security Minister Omer Barlev said in an interview on Channel 12 news on Saturday.

“We will catch them,” he added. 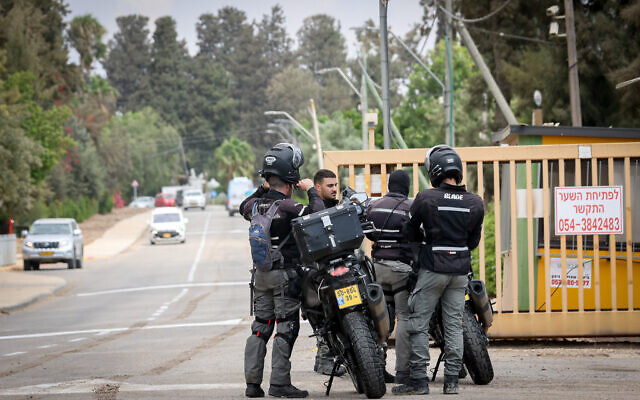 Separately on Sunday, amid the tensions over the prison escape, a Jewish man was attacked by suspects who hurled stones toward his vehicle in East Jerusalem’s A-Tur neighborhood.

The man, who lost control of his car, hit a pedestrian. Both were listed in light condition and required medical attention.

Violent protests broke out at a number of locations in the West Bank after the announcement of the first two arrests on Friday evening. Small-scale clashes were reported on Saturday night as well.

The six escaped from Gilboa Prison in the pre-dawn hours of last Monday morning, making their way out through their cell’s drainage system and an empty space underneath the prison. 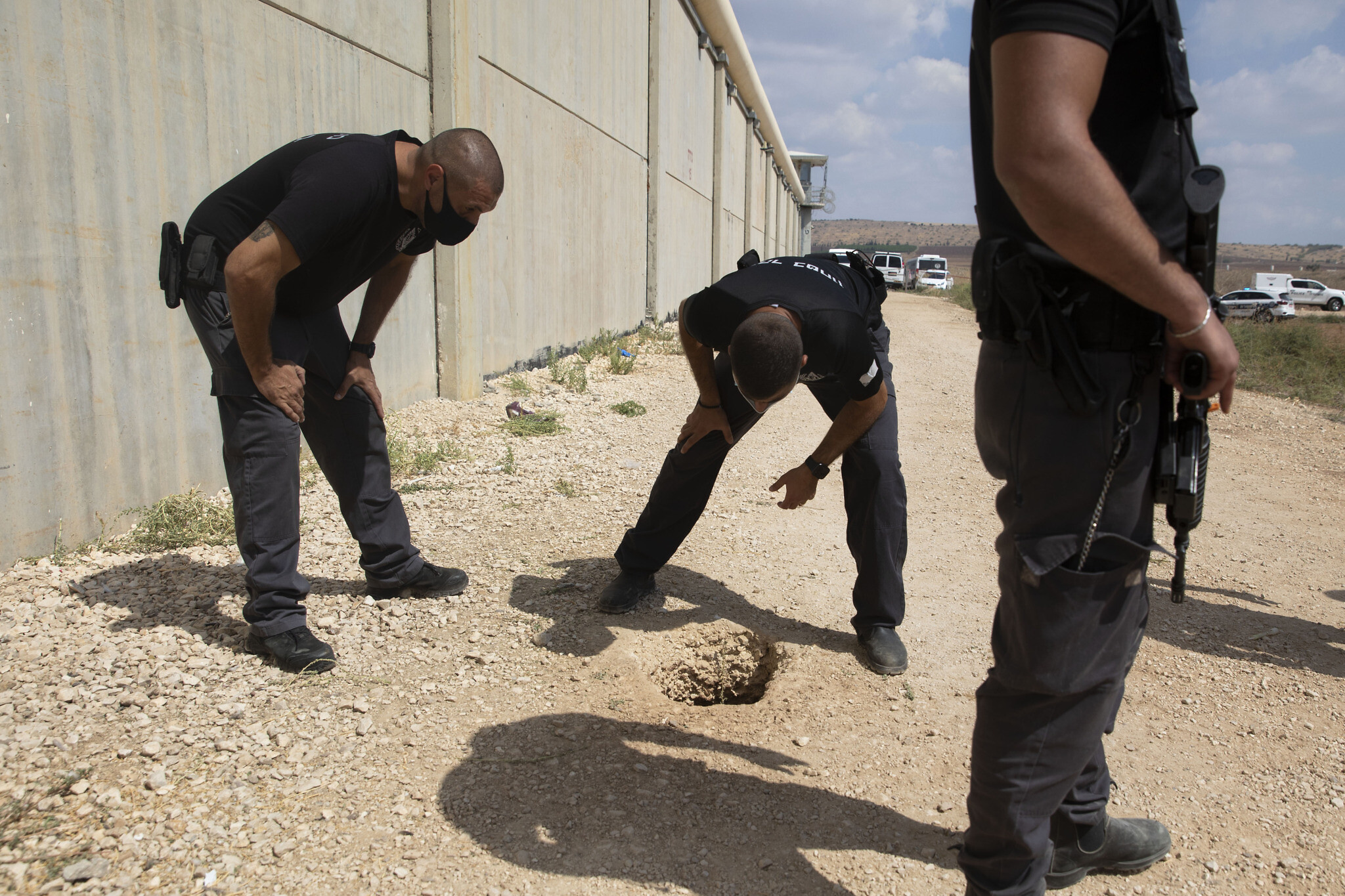 Police officers and prison guards inspect the scene of a prison escape outside the Gilboa prison in northern Israel, September 6, 2021. (AP/Sebastian Scheiner)