A top Pfizer executive has called Israel a “sort of laboratory” for the COVID vaccine in comments that were seized on by local anti-vaxxers, rejected by Israeli health officials, and later clarified by the pharmaceutical company.

Philip Dormitzer, the chief scientific officer at Pfizer, made the comments to a Zoom gathering of academics last week. They were first reported by Channel 12 news on Friday night.

“Early in the pandemic we established a relationship with the Israeli Ministry of Health where they used exclusively the Pfizer vaccine and then monitored it very closely,” Dormitzer told the gathering, “so we had a sort of laboratory where we could see the effect.”

He added that Israel “immunized a very high proportion of the population very early — so it’s been a way that we can almost look ahead: What we see happening in Israel happens again in the US a couple months later.”

On Sunday morning, Health Ministry Director General Nachman Ash rejected the claim that Israel had any sort of exclusive deal with Pfizer. “There is no exclusivity with Pfizer in any shape or form,” he told 103FM radio. “Currently, those over 18 who are getting vaccinated are prioritized to receive the Moderna vaccine.”

Ash said that Israel is “studying the statistics, and the world certainly learns from them, but I am not prepared to use the word ‘laboratory.’ Yes, the company is learning from us about the [effectiveness] of the third dose, but there is no connection to harming the interests of Israeli citizens.” 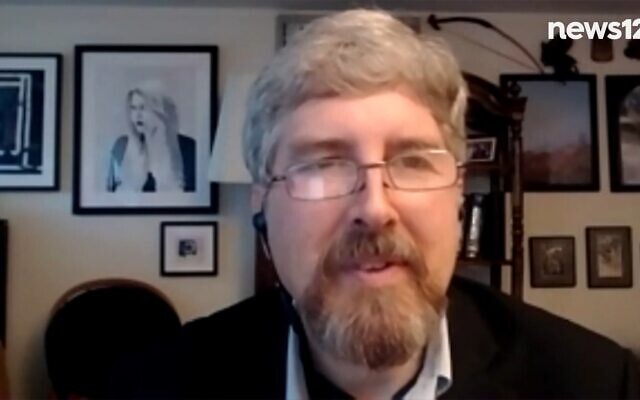 Israel was an early leader in COVID vaccinations after having cut a deal with Pfizer to receive a large number of vaccine doses before many other countries. It also purchased a smaller number of Moderna vaccines, which it began using more widely in July and August when its Pfizer stockpile neared expiration. Israel rolled out its vaccines rapidly to large portions of the population, vaccinating 50 percent of all residents by March, then began an unprecedented rollout of third booster shots in August. As of Sunday, more than 2.8 million people had received a third dose.

Prominent anti-vaccine activists both in Israel and around the world seized on Dormitzer’s comments over the weekend. Eldad Yaniv, a vocal critic of the government’s COVID approach, shared the Channel 12 report and said it provides further support for the decision of those Israelis “who do not agree to take part in the Pfizer experiment being operated in Israel.”

Others claimed that Dormitzer’s comments had been taken out of context and improperly translated and sensationalized by Channel 12. The Pfizer scientist did not say that Israel and Pfizer had an exclusive deal, but rather that Israel “used exclusively the Pfizer vaccine.” He also didn’t call Israel a laboratory but said its vaccine rollout provided an opportunity for “sort of a laboratory.”

“Pfizer is aware of a video clip featuring an interview with one of our scientists who unfortunately misspoke on a key point we wish to clarify: We are grateful for the cooperation between Pfizer and the Israeli Health Ministry. It is not a clinical research study. This is a non-interventional ‘real world’ evidence data collection collaboration.”

The pharmaceutical company also noted that it had no exclusive deal with Israel and “the country does not serve as a laboratory, but rather, as the first nation to achieve significant rates of vaccine uptake, it was able to evaluate real world vaccine and duration of protection, and share data with the world.”