Welcome to Times Will Tell, the weekly podcast from The Times of Israel. This week, ahead of Sunday’s observance of Tisha B’Av, which commemorates the destruction of the First and Second Temples, we go onsite in Jerusalem to the Temple Mount Sifting Project.

We speak with archaeologist Zachi Dvira, who is the co-director of the project. He’ll explain its controversial genesis and continuing struggle. At the end of our conversation, you’ll hear as we wet-sift a bucket of earth taken from the Temple Mount.

“Speaking about Tisha B’Av, you see this gray texture of the material, of the soil, that’s because it’s full of ashes. And this is true for all ancient Jerusalem. Every place you will excavate in ancient Jerusalem you will have a gray soil, and once you reach natural soil… then you know that you’ve reached a phase that is before the destruction of the First Temple,” explains Dvira.

The Sifting Project took root in 1999 when archaeologists Dr. Gabriel Barkay and Dvira salvaged some 9,000 tons of dirt that had been unceremoniously dumped into the Kidron Valley between 1996 and 1999 by the Northern Branch of the Islamic Movement during a large-scale building project on the Temple Mount: the construction of a subterranean mosque in an area colloquially called Solomon’s Stables.

The pair hit upon the wet-sifting technique as a way to rescue priceless artifacts — and get the public involved in it. Founded in 2004 near the Mount of Olives, it’s now at a new location called Mitzpe Hamasuot, near the Hebrew University. The new site is easily accessible and has an auditorium and a shady picnic grove that was being put to good use when The Times of Israel visited, which was made possible with the help of American Friends of Beit Orot. 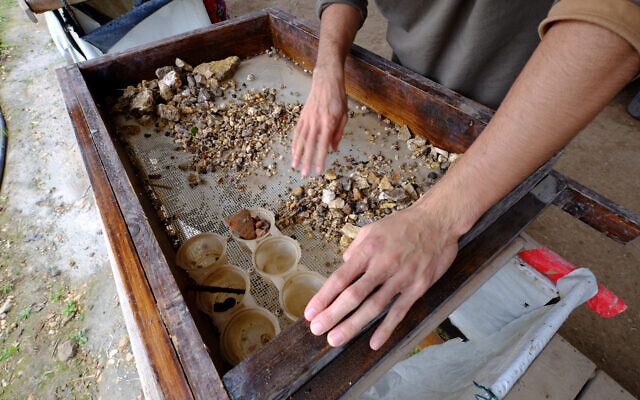 Thousands of tourists and native Israelis have found priceless treasures, including 7,000 coins, inscriptions, mountains of pottery, Egyptian-era cultic items, jewelry, remnants of warfare, and a plethora of fauna remains: bone tools, the charred bone remains of Temple Mount sacrifices, and even pig bones from Roman pagan and Christian periods. 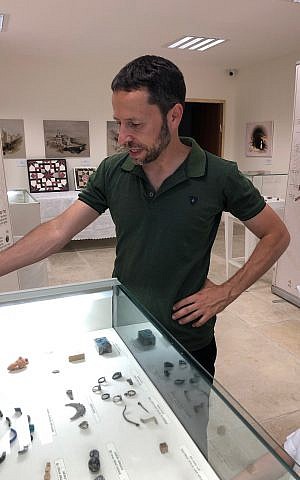 The artifacts span all periods of Jerusalem, from Jebusite settlement prior to the biblical kingdoms to the modern era.

As supported by artifacts predating the biblical narrative that have been discovered in the sifted earth, the history of the place Jews and Christians call the Temple Mount and Muslims call Haram al-Sharif, or the Noble Sanctuary, predates all modern religions.

According to Dvira, the majority of finds date from the First Temple period and later.

The sheer volume of artifacts spanning such a long period allows for one of the most important findings the project contributes to academic: its statistical analysis.

Dvira calls for all who have not been to help sift through the millennia of Temple Mount history to “hurry up!” and check out the new site next time you’re in Jerusalem. 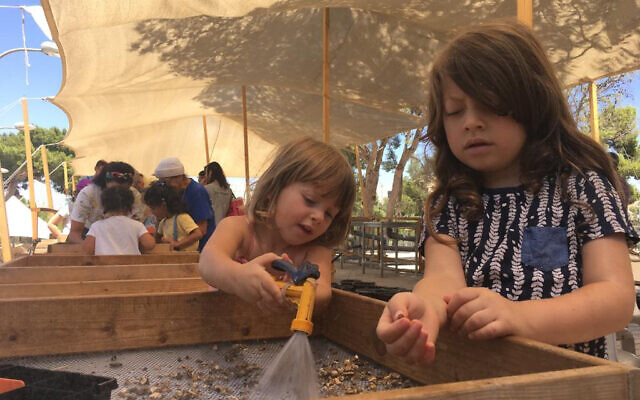 The activities at the Temple Mount Sifting Project is suitable for most ages. (courtesy)

Check out this previous Times Will Tell episode: