Police on Sunday rushed to find a solution to the rampant violence plaguing Israel’s Arab community after four people were killed in apparent homicides over the weekend.

“We have lost control of the streets,” an unnamed police official told the news site.

“The workplan must be changed and we must really act with all our might in the problematic cities, and where we know there is a bloody conflict,” the senior officer said.

“So far, we are only reacting to these incidents belatedly, and the next murder is only a matter of time.”

Ibrahim Abu Amra, 26, from the Bedouin town of Tel Sheva was shot dead Friday night, in what police suspect was a murder tied to a family feud. On Saturday, 18-year-old Anas Al-Wahwah was shot dead in the city of Lod while sitting inside a car, in what police also suspected to be a family feud. Later on Saturday night, Abed Qurmata, 26, was killed in a shooting in the central town of Kafr Qasim, but there was no immediate word on a suspected motive.

On Sunday morning, the body of 26-year-old Nur Ajaj, from the Bedouin town of Segev Shalom, was found in a burned car near the central town of Hagor. Police suspect he was shot prior to his vehicle being torched.

Ajaj, originally from the central town of Ramle, was recently released from prison, Ynet reported. His body was transferred to the Abu Kabir Forensic Institute in Tel Aviv for further examination. 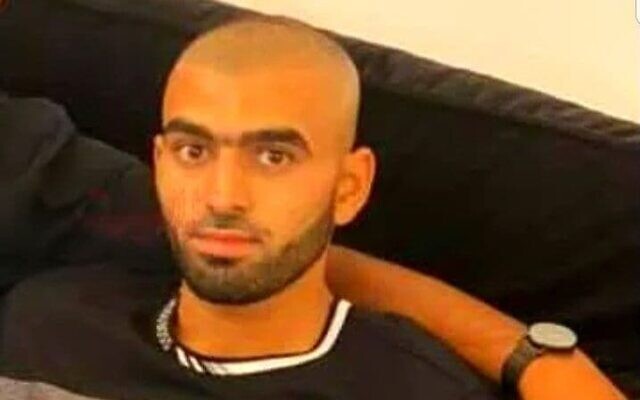 26-year-old Nur Ajaj, from the Bedouin town of Segev Shalom was found shot dead in a burnt-out car near the town of Hagor, August 29, 2021. (courtesy)

The emergency meeting is set to take place at the police’s central district headquarters in Ramle. Barkat, who is currently heading the district, notified the commissioner last month he would be leaving the force once a replacement is found.

Meanwhile, Shabtai met with Justice Minister Gideon Sa’ar on Sunday at police national headquarters in Jerusalem to discuss strengthening cooperation between the Israel Police and the Justice Ministry, among other subjects, the police said. 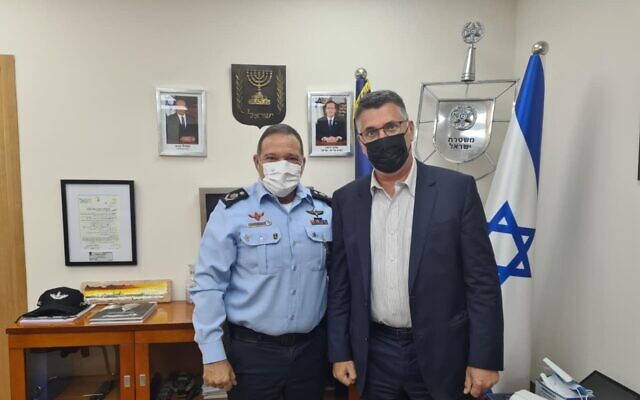 Since the beginning of the year, 77 Arab Israelis have been murdered, as Arab cities and towns have seen a surge in violence in recent years, with organized crime seen as the main driver.