On a day of extraordinary political drama Monday, Benjamin Netanyahu’s corruption trial enters the evidentiary stage at Jerusalem District Court even as, across town, representatives of Israel’s political parties will be meeting with President Reuven Rivlin to tell him whether they recommend Netanyahu remain prime minister after last month’s deadlocked election.

State Prosecutor Liat Ben-Ari is expected to open Monday’s court proceedings with a twenty-minute speech laying out the criminal charges against Netanyahu. The judges are later scheduled to hear from the former editor of the Walla news site, Ilan Yeshua, a key witness in Case 4000, the most serious of the three cases against Netanyahu.

Monday will mark the prime minister’s third appearance in court since the indictments were filed against him in January 2020. The premier most recently appeared before the judges in February 2021, formally pleading not guilty to the charges.

Netanyahu’s legal troubles have been inextricably linked to his premiership and to the country’s current political impasse, which has resulted in four elections in the past two years. Opponents have used the indictments against him as fodder for their campaigns and as a reason to not join a coalition with him, preventing Netanyahu from acquiring the 61 seats necessary to form a government as of Monday.

Netanyahu has also been accused by his rivals of making support for legislation granting him immunity a necessary requirement for entering his coalition.

Accentuating the connection between the trial and the country’s political situation, half an hour after Netanyahu is due to appear in court, Rivlin is coincidentally scheduled to meet with representatives of Netanyahu’s own Likud party to hear its recommendation for who should be tasked with forming a government coalition, following March 23’s inconclusive election.

Rivlin will be meeting with representatives from all 13 parties that won Knesset seats in the course of the day, and is set later this week to give the lawmaker he deems most likely to succeed the task of mustering a majority coalition. Neither Netanyahu nor his rivals have a clear path to such a majority. 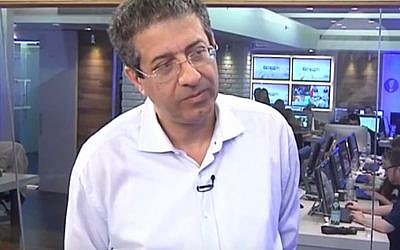 Following an irregular request from his attorneys, Netanyahu has been permitted by the judges to leave the courthouse following Ben-Ari’s opening statement, meaning he will not be in the room for Yeshua’s testimony.

This is considered by legal experts to be a curious move, as a defendant’s presence in court to hear the accusations against them is generally considered to be a privilege or right, rather than an onerous demand by the court. A violation of that right could potentially be grounds for a mistrial. Therefore, in their ruling on the matter, the judges noted that this decision came only as a result of Netanyahu’s own direct request, so his absence could not be used as the basis for an objection in the future.

Netanyahu’s legal team initially asked the court Wednesday to waive the requirement that he be present in the courtroom for the proceedings altogether, but this was opposed by state prosecutors. 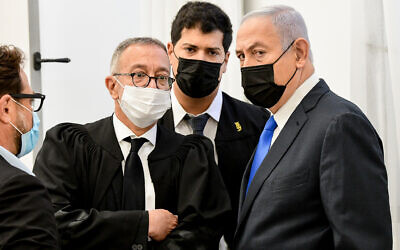 The trial has so far been plagued by delays — to the consternation of the presiding judges — in light of both the pandemic, which broke out shortly after the indictments were filed, and the numerous legal objections and requests for postponements by the premier’s legal team.

Netanyahu’s lawyers have repeatedly moved to slow and discredit the proceedings, filing complaints against the prosecution, alleging “criminal tactics” have been used against them, calling for changing the indictment against the prime minister, asserting that the investigation process was not properly approved by the attorney general, and claiming that police investigators used illegitimate means to secure evidence, thus rendering the charges moot. The court has rejected the calls to cancel the indictments. 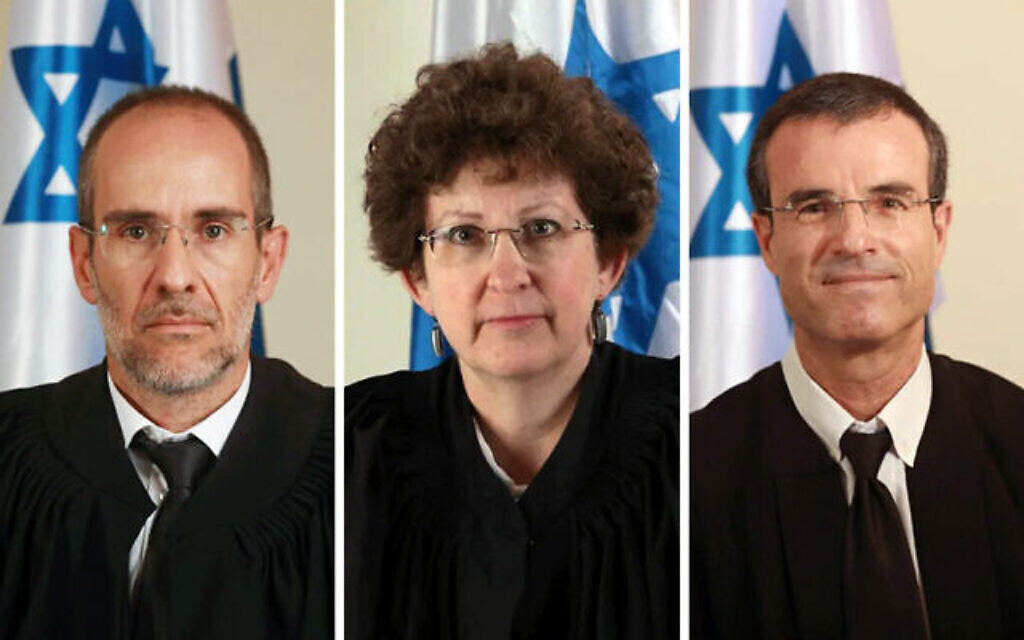 The evidentiary stage of the trial, set to include hundreds of witness testimonies and cross-examinations, is expected to last several years, before the judges — Rebecca Friedman-Feldman, Moshe Bar-Am and Oded Shaham — deliberate on their findings and reach a verdict.

The former head of the Jerusalem District Court, Carmi Mosek, offered a conservative estimate of three years for the length of the trial.

“It will be a minimum of three years. I simply did the arithmetic. There are 300 witnesses. From my experience, even if only 50 of the witnesses were important” it would take that long, Mosek told Israeli television on Saturday night.

Whatever the outcome, any court ruling will likely be appealed by one side or the other, bringing the matter to the High Court of Justice, a process which could also take years, particularly given that the defendant is the prime minister.

A plea bargain, of course, would expedite the process considerably — under Israeli law, such agreements can be brokered essentially at any time before the verdict is rendered — but no such move appears to be in the offing at this time. 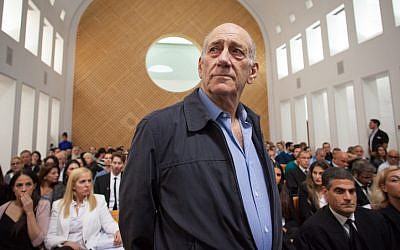 Netanyahu, Israel’s longest-serving prime minister, is the first to stand trial while in office. His predecessor, Ehud Olmert, was convicted and jailed for corruption, but for crimes committed before his premiership, and Olmert stepped down as prime minister before indictments were filed.

In Case 1000 and Case 2000, Netanyahu faces charges of fraud and breach of trust.

Case 1000 involves allegations that Netanyahu, while in office, illicitly accepted some $200,000 in gifts such as cigars and champagne from two billionaires — Hollywood-based Israeli movie mogul Arnon Milchan and Australian magnate James Packer.

In Case 2000, Netanyahu is accused of attempting to reach a quid pro quo with the publisher of the popular Yedioth Ahronoth newspaper, Arnon Mozes, in which the outlet would provide the premier with positive media coverage and in exchange, Netanyahu would advance legislation that would weaken a rival newspaper Israel Hayom, a tabloid funded by Netanyahu’s now-deceased close ally Sheldon Adelson that is widely seen as being overwhelmingly supportive of the prime minister. 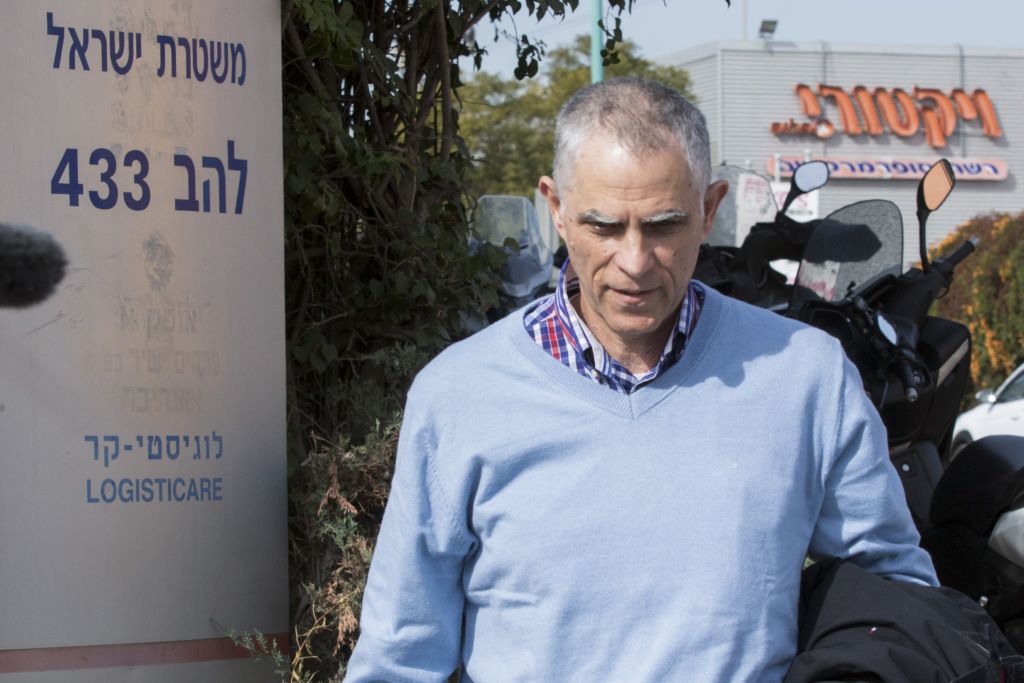 Mozes was indicted for bribery in that case.

Netanyahu faces bribery, fraud and breach of trust charges over Case 4000, in which he allegedly used his powers when he served as both premier and communications minister from 2014 to 2017 to illicitly benefit telecommunications magnate Shaul Elovitch, the controlling shareholder of Bezeq telecoms, in exchange for positive coverage of the prime minister and his family by the Bezeq-owned Walla news site, one of the most popular outlets in Israel. Elovitch and his wife Iris also face bribery charges in Case 4000. Other Bezeq officials were indicted in related, but separate cases last year.

Throughout the corruption probes and trial, Netanyahu has railed against his investigators, the police, the state prosecutors, the state attorney, the courts and the Justice Ministry — including officials he appointed himself – for allegedly pursuing a witchhunt against him. He has also repeatedly called for legislation to rein in law enforcement and the courts, in what his opponents deem an assault on an independent judiciary, but supporters say are necessary reforms for a legal system run amok. 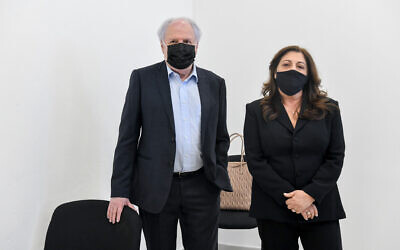 Israeli businessman Shaul Elovitch and his wife Iris arrive at the District Court in Jerusalem for a court hearing on February 8, 2021. (Reuven Kastro/POOL)

Israel has had no justice minister as of Friday, as a consequence of the country’s ongoing political deadlock, with Netanyahu preventing a permanent appointment to the post.

Alleging that the state prosecution, police, media and the opposition are trying to frame him in an attempt to “bring down a right-wing government,” Netanyahu has nonetheless repeatedly stated that he will not try to evade his trial, even as several loyalist MKs have offered to initiate legislation that would retroactively prevent a prime minister being prosecuted while in office.

The prime minister has rejected the charges against him as ridiculous, downplaying the over $200,000 in champagne and cigars from Milchan and Packer as gifts from friends and maintaining that it is common practice for political figures to seek positive media coverage, not a criminal act.

The hearings in the evidentiary phase of Netanyahu’s trial are scheduled to be held three times a week, Monday through Wednesday, from 9 a.m. until 3:30 p.m., for at least the next several months, according to a spokesperson for the courts.