After Israel agreed to a ceasefire with the Hamas terror group, ending 11 days of fighting in the Gaza Strip, politicians and local officials criticized the government over the move just hours after it went into effect on Friday morning.

Yesh Atid leader Yair Lapid, currently tasked with forming a government, albeit with apparently reduced chances after the fighting in Gaza stalled negotiations, tweeted that “the military succeeded in the tasks it was given, [but] the government failed.”

“Israeli citizens, especially the citizens of the [Gaza] border area, suffered heavy fire, and in return received no achievement or change of reality,” Lapid said.

“[Prime Minister Benjamin] Netanyahu’s failures extend from Meron to Gaza, from the Temple Mount to Lod. It’s time to go,” he added, referring to the Mount Meron disaster that killed 45, and the recent unrest in mixed Jewish-Arab cities.

Head of the Yesh Atid party Yair Lapid holds a press conference in Tel Aviv, on May 06, 2021. (Avshalom Sassoni/FLASH90)

New Hope party leader Gideon Sa’ar called the ceasefire “embarrassing,” and lamented that even “with the best intelligence and air force in the world, Netanyahu managed to get from Hamas a ‘ceasefire with no conditions.’”

While Hamas claimed the “mutual and simultaneous” ceasefire included Israeli concessions in Jerusalem regarding the Temple Mount and the pending evictions of Palestinian families from the East Jerusalem neighborhood of Sheikh Jarrah, unnamed Israeli officials involved in the negotiations told Army Radio the truce has no conditions. 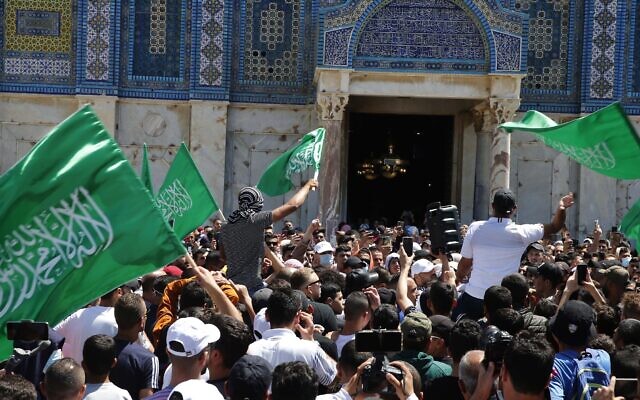 Palestinians wave flags of the Hamas terror group after afternoon prayers for the last Friday of the holy Muslim month of Ramadan, on the Temple Mount in Jerusalem’s Old City, May 7, 2021. (Jamal Awad/Flash90)

Bezalel Smotrich, head of the far-right Religious Zionism party, said that if the truce is indeed without conditions, the Temple Mount flashpoint holy site should be reopened immediately to Jews.

Jews have been severely limited from entering the Temple Mount grounds as violent clashes between Palestinians and Israeli police took place at the holy site during the past month.

“Anything else would sadly prove that Hamas was telling the truth and the diplomatic sources lied,” Smotrich said.

“Ceasefire? What about ceasing the cash?” Liberman tweeted.

With Israel’s approval, Qatar since 2018 has periodically provided millions of dollars in cash to Gaza’s Hamas rulers to pay for fuel for the Strip’s power plant, allow the group to pay its civil servants, and provide aid to tens of thousands of impoverished families. 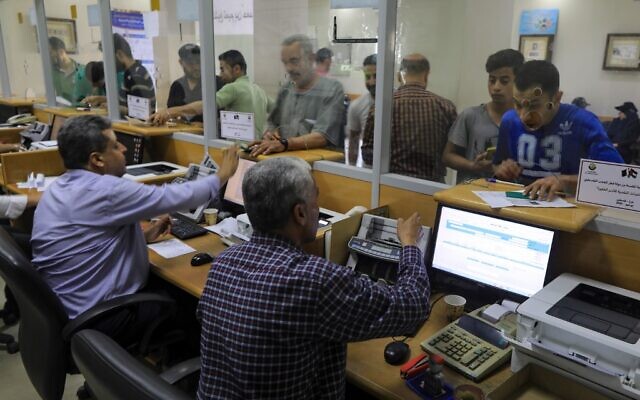 Tamar Zandberg of the left-wing Meretz party welcomed the ceasefire but said the government must stop strengthening Hamas at the expense of the Palestinian Authority, and that there cannot be a military solution to the conflict.

“It’s good that the firing has stopped but it’s a shame it was not avoided before it started,” Zandberg tweeted. “The only question is how to prevent the next round and the answer is discussions about peace. There is no military solution to this conflict. The government’s policy of strengthening Hamas and turning its back on the Palestinian Authority has the aim of preventing a political settlement, which is the only way to a life of peace and security.”

Extreme-right Religious Zionism MK Itamar Ben Gvir said “the embarrassing ceasefire is a grave capitulation to terror and to Hamas’s impositions. This is a difficult night for the State of Israel and Israeli deterrence.” 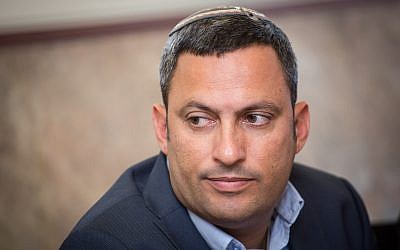 Joining the Knesset members, the mayor of rocket-stricken Sderot Alon Davidi said he doesn’t understand why the country agreed to the ceasefire as there has been no real change to the situation.

“The prime minister and the government had our backing, there were achievements but this is not something that changes the balance of power. It seems like nobody wants to defeat Hamas,” he said in an interview with Radio 103FM.

Since the ceasefire went into effect at 2 a.m. Friday, no rockets have been fired at Israel, indicating the Egyptian-brokered truce between Israel and the Gaza terror groups is holding. There were also no reports of Israeli strikes on the Gaza Strip. 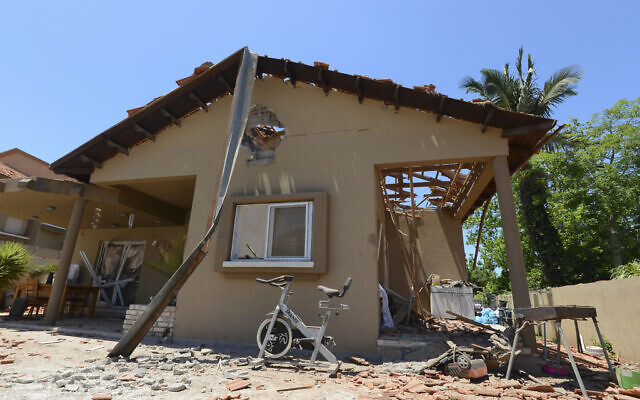 Damage to a house in the Israeli city of Sderot which was hit by rockets fired from Gaza, on May 15, 2021. (Avi Roccah/Flash90)

Hamas and other Gaza terror groups launched over 4,000 projectiles at Israel since May 10, at times forcing people living near Gaza into bomb shelters around the clock. Israel, in response, carried out an extensive bombing campaign in the Strip.

Gaza’s Hamas-run health ministry said 232 people, including more than 66 children and teens, were killed by Israeli strikes during the fighting. According to the IDF, a least 225 of those killed were members of terror groups. The IDF also said some of the Gaza civilian fatalities were killed by the terror groups’ own rockets falling short and exploding in Gaza.

Twelve people in Israel, including a 5-year-old boy and a 16-year-old girl, were killed in rocket fire, and hundreds were injured.

Judah Ari Gross and Aaron Boxerman contributed to this report.