A poll published Sunday found that 48 percent of Israelis now back forming a government with the outside support of Arab parties, showing public feeling has warmed to the idea compared to where it was just a year ago.

The Israel Democracy Institute’s Voice Index for March survey found that there is growing support among right-wing and centrist parties for the notion in the wake of the recent inconclusive elections for the Knesset, which were the fourth in two years, and which have left one Arab party in a realistic kingmaker position.

With the Knesset divided between those who want to see Prime Minister Benjamin Netanyahu continue in office and those who want to oust him, and neither side having a clear path to a majority, the Islamist Ra’am party is being courted by both sides to help tip the balance with the four seats it controls. Ahead of the elections, Ra’am split off from the Joint List, an alliance of predominantly Arab parties that had long represented the Arab community in the Knesset.

The survey found that among the Jewish public, 44% favor forming a government with outside support from Arab parties and 41% are opposed. In February 2020, just 23% of Jewish voters backed the idea.

“The degree of support among the Jewish public has increased significantly compared to February last year, especially on the right and center,” the IDI said.

Among Jewish voters who identify as right, 34% are now in favor of a government supported by Arab parties while among those who see themselves as centrist, 58% back the idea. In February 2020 the percentages were just 10% and 38%, respectively, the IDI said.

Jewish left-wing voters are 79% in favor of Arab party support, the poll found, and Arab voters are 65.5% behind the idea.

The IDI noted that last year, after the first two indecisive elections, respondents had been asked their opinion on outside support by Arab parties in forming a government, whereas the recent survey proposed Arab party support as a way to prevent what would now be a fifth round of elections.

Among supporters of specific parties, those on the left and in the center tended to have a majority in favor of a government that relies on Arab parties, with support dropping below half as ideology tended toward the right and religious. However, United Torah Judaism supporters were 52% in favor of Arab party support, compared to just 39% among voters for fellow ultra-orthodox party Shas.

The least support — and corresponding greatest objection — came from Likud, Yamina, and the Religious Zionism right-wing parties. Likud voters are only 36% in favor, with 26% for each of the other two parties. Yet even in those parties, there has been a marked change from February 2020, when opposition to a government relying on Arab parties was 80% among Likud voters. That figure has since dropped to just 51%. It was 83% opposing in each of the other two right-wing parties last year, but was 63% in the recent survey.

While lawmakers in Likud are divided on cooperating with Ra’am, both Yamina and Religious Zionism have ruled out relying on the Arab party to form a government, due to what they say is its anti-Zionist stance. Some also accuse the party of backing Palestinian terrorism. 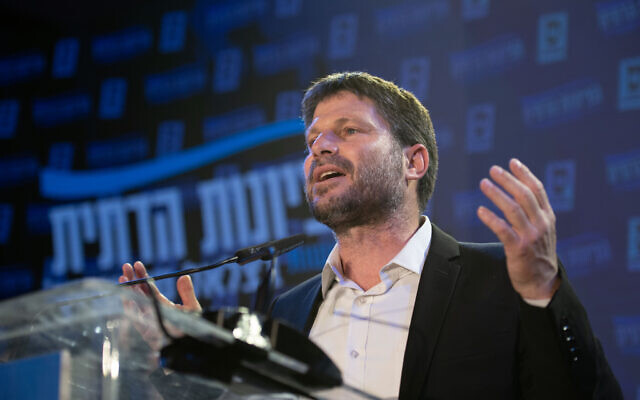 MK Bezalel Smotrich, leader of Religious Zionism, who has committed to backing Netanyahu for prime minister, has said he will bolt a coalition that rests on even outside support from Ra’am. Such a move that would deny Netanyahu the majority he needs even if all his likely allies and Yamina were to stay with him. Yamina has not yet committed its support to either Netanyahu or the bloc that opposes him.

With no candidate having majority support to form a government, 32% of respondents believe that a bloc led by Netanyahu has a higher chance of forming a government while just 17% think those seeking to replace him have a better chance, the survey found. Nearly a quarter, 24%, expect neither side to succeed and 15% think both blocs have the same chances.

In general, 80% believe there will be fifth elections in the coming year, with the figure not changing significantly between Jews and Arabs or political camps, the IDI said.

A clear majority of 68% said they are not satisfied with the election results, with a larger portion of Jews (72%) unsatisfied compared to Arabs (50%).

Among the supporters of the various parties that won seats in the Knesset, Ra’am supporters were most satisfied (43%), while the lowest satisfaction was among voters of Yamina (5.5%), which secured seven seats.

The elections saw an unprecedentedly low turnout among Arab voters of just 44.6%. Among the Arab public, the reasons given were the way the government deals with issues in the Arab community (33%) and disappointment in the Joint List party as political leaders (31%).

Among Jewish voters, 36% said they think it is the disappointment in the Joint List that caused the low turnout among the Arab public. The Joint List finished with six seats. 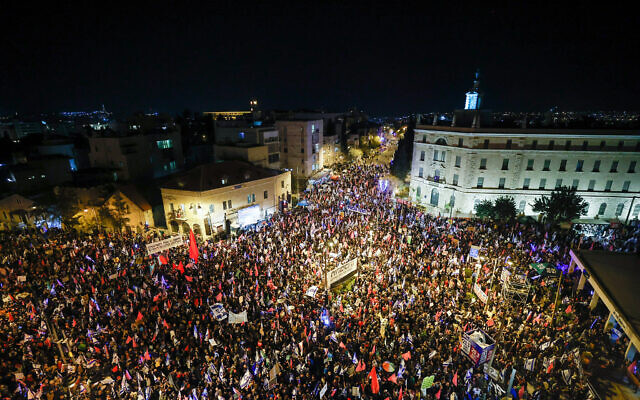 Protesters against Prime Minister Benjamin Netanyahu, near the his official residence in Jerusalem on March 20, 2021, a few days before the Israeli general elections. (Yonatan Sindel/Flash90/Flash90)

Other trends that emerged from the poll showed that 58% believe the weekly protests against Netanyahu outside his official residence in Jerusalem that call on him to resign did not have a substantial impact on the election.

“Not surprisingly, among those defining themselves as left-wing and centrist (Jews), the rate of those who see an effect of the protests is considerably higher than the rate on the right,” the IDI said.

In addition, the survey found that most people were not swayed in their voting by the government’s handling of the coronavirus outbreak.

The Israeli Voice Index for March 2021 was prepared by the Viterbi Center for Public Opinion and Policy Research and was conducted over the internet and by phone from March 25 to March 26. It sampled 617 people in Hebrew and 156 in Arabic, with a margin of error of 3.5%.

President Reuven Rivlin will on Monday hear from party leaders whom they recommend get first try to form a coalition and later this week will officially assign the task to the leader with the greatest chance of establishing a government.