NEW YORK — The termination of Jonathan Pollard’s parole likely required a “wink and a nod” from the highest levels of the White House, an attorney for the former US Navy analyst convicted of spying for Israel said Sunday.

However, speaking to The Times of Israel, Eliot Lauer said that the Friday decision by the Justice Department to lift all restrictions against his client and allow him to travel to Israel was mostly due to the strength of the defense’s case.

Lauer pointed out that in agreeing to release Pollard from prison in 2015 — after he served 30 years of a life-sentence — the Justice Department acknowledged that his client was unlikely to commit new crimes.

“We reminded the government that it would be truly laughable for it to try and take the position today that after 35 years, and after five years as a model parolee with absolutely no criticisms or infractions, that they would try and take the position that he is likely to disclose ‘confidential’ information in violation of the law,” Lauer said, adding that his office informed the Justice Department that if they did not receive a certificate terminating Pollard’s parole by the day it ended on Friday, they
“could expect us to be in court by Monday seeking that order.”

“I firmly believe that without any intervention or wink-and-a-nod, this would have occurred, either voluntarily by the Department of Justice working in accordance with the law or with a court forcing a parole commission to issue this certificate,” Lauer said.

“At the same time, given the way Washington works, I have to assume that there’s a reasonable possibility that the Department of Justice received a wink-and-a-nod and a go-ahead from the administration at the highest levels, whether it’s [White House chief-of-staff] Mark Meadows or above,” he added.

Asked on Friday by the Kan public broadcaster whether the Trump administration or the Israeli government had something to do with the termination of his parole, Lauer replied: “During Prime Minister Netanyahu’s administrations, there was a tremendous effort on the part of the Israeli government. We probably would take the credit, but I think the Good Lord wanted Jonathan to finally come home.” 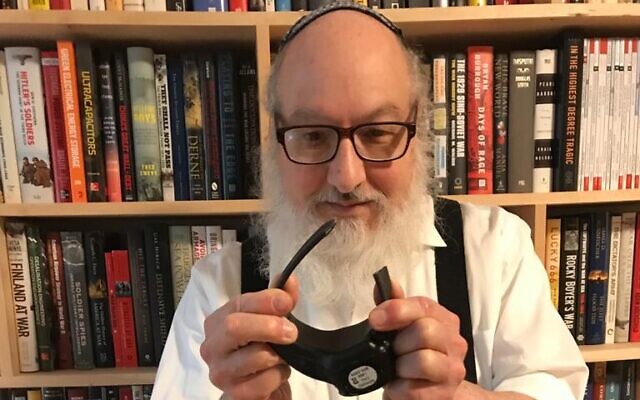 Netanyahu issued a statement Saturday lauding the Justice Department’s decision while highlighting his efforts along with those made by Israel’s Ambassador to the US Ron Dermer on Pollard’s behalf.

Lauer on Sunday acknowledged that Netanyahu and Dermer “worked diligently and sincerely for Jonathan’s release” but also revealed that the premier had yet to contact Pollard directly.

While Netanyahu, President Reuven Rivlin and the vast majority of Israeli lawmakers have issued statements welcoming Pollard’s plan to now move to Israel, former prime minister Ehud Olmert warned against it, saying the case could still strain ties between Israel and the US.

“He worked for money, for a lot of money,” he told Channel 12 on Sunday. “He wasn’t a Zionist volunteer who sacrificed his life. His coming to Israel will deepen the damage this episode has done to us.”

Pollard’s attorney reassured that there was no chance the parole board’s decision could be reversed by a future Biden administration. “It is over. Jonathan Pollard is a free man,” Lauer said.

Pollard is now readying to move to Israel with his wife Esther, but the two are still working to determine how to do so safely while she is still undergoing rounds of chemotherapy treatments for breast cancer, according to the lawyer.

“I think we have to give him at least a couple of days, perhaps a couple of weeks to work out the logistics of transporting himself from New York to Israel,” he said, adding that Pollard is not yet ready to address the media directly.

Pollard, 66, was a US Navy intelligence analyst in the mid-1980s when he made contact with an Israeli colonel in New York and began sending US secrets to Israel in exchange for tens of thousands of dollars.

Pollard, who is Jewish, passed thousands of crucial US documents to Israel, straining relations between the two close allies. 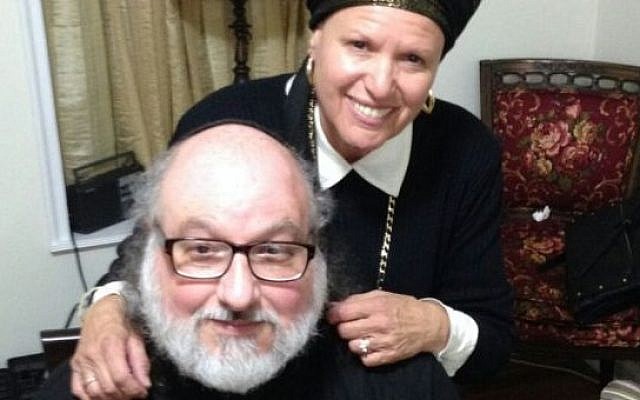 Israel’s October 1985 raid on the Palestinian Liberation Organization’s Tunis headquarters that killed around 60 people was planned with information from Pollard, according to CIA documents declassified in 2012.

He was caught in November 1985 and given a life sentence two years later. There was no trial. Pollard, abiding by the prosecution’s terms, cooperated with FBI investigators and pleaded guilty to one count of espionage, conspiring to deliver national defense information to a foreign government. The prosecution honored its commitment and requested a “substantial” prison term rather than life behind bars. Judge Aubrey Robinson Jr., not bound by the prosecution’s plea bargain and apparently swayed by secretary of defense Caspar Weinberger’s damage-assessment brief, nonetheless sentenced Pollard to life. The content of Weinberger’s memo remains classified to this day. 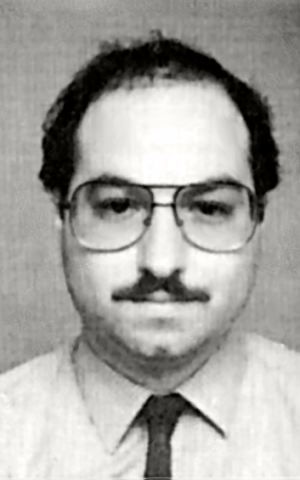 Lauer said his client has expressed “sincere regret” for what he did.

“Obviously he acted impulsively because of his extreme concern for the State of Israel that significant details of Arab capabilities and Arab military intentions were being held back by the Reagan administration from Israel,” Lauer said. 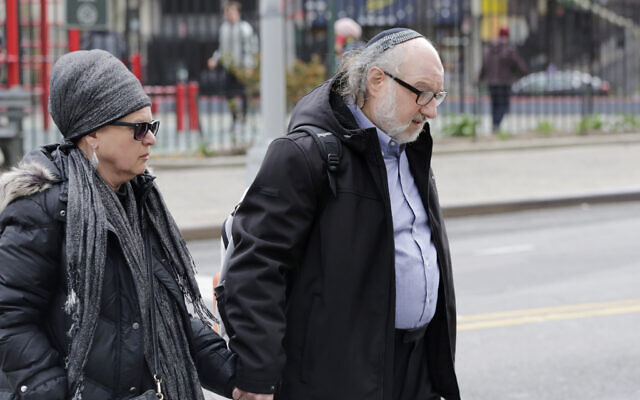 He asserted that Pollard had acted based on “a very legitimate concern” over US refusal to share “significant” intelligence in a form of “punitive retribution against Israel” over the IDF’s 1981 bombing of the Osirak nuclear reactor in Iraq against the wishes of Washington.

“There’s no question that he acted based on an impulsive desire to help and save Israel, but at the same time he’s regretted that he had not figured out another way to proceed,” Lauer said, adding that his client would not commit the same crimes again if he could go back in time.

Still, the attorney said that his client had been railroaded by the Justice Department and should have received a jail sentence of single-digit years, in accordance with the punishments handed down to all others convicted in the US of spying for an ally country.

“There’s tremendous criticism and annoyance for the life destruction that was caused by the extra 20 or 25 plus years, but that does not diminish fundamentally his love and respect for what America stands for,” Lauer said. 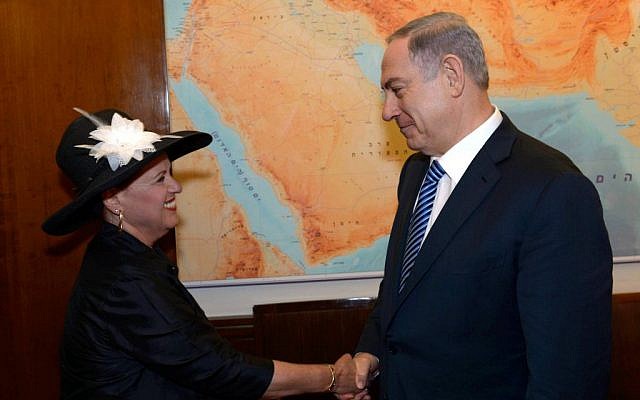 Also on Sunday, Pollard released photos taken on Friday of his wife cutting the electronic monitor bracelet off of his wrist. He also issued a statement thanking Esther for standing by his side for three decades. 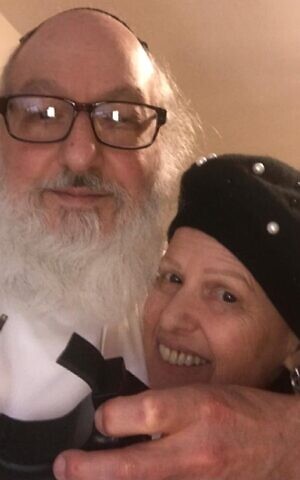 Jonathan Pollard with his wife Esther after they cut off his electronic monitor bracelet on November 20, 2020. (Adi Ginzburg/Justice for Jonathan Pollard)

“30 years ago, my beloved wife Esther first found her way to me [when I was] in Marion Federal Penitentiary — the most guarded prison in the United States, where I was behind bars in a three-story underground dungeon behind 13 locks and keys,” Pollard wrote.

“Against all odds, Esther came to me, breaking the handcuffs over my heart and bringing my soul back to life. It was at this point that the campaign for my freedom was launched.

“Today (Friday), Esther cut the electronic bracelet from my arm. In doing so, she restored my freedom almost completely. The last step remains our return home, to the land and people we love,” Pollard added.