Israel’s coronavirus outbreak continued its rapid diminishment Thursday amid the widespread vaccination campaign, with the rate of positive test results falling to two percent alongside a further drop in the transmission rate.

According to Health Ministry data, the positive test rate recorded for Tuesday has been undergoing a steep decline since January, when it was over 10%. Coronavirus infections in Israel have fallen across the board in recent months, a decline credited to the country’s successful vaccination drive.

The number of serious COVID-19 cases dropped below 600 this week for the first time in over two months. The number stood at 579 serious cases as of Thursday morning, Health Ministry data showed. They included 237 classified as critical with 196 patients on ventilators.

Travelers sit for the COVID test at Ben Gurion Airport on March 8, 2021, upon their arrival from New York. (JACK GUEZ / AFP)

There were 24,003 active reported cases in Israel as of Thursday morning, including 1,496 new confirmed infections on Wednesday, bringing the total number of cases since the start of the pandemic to 824,926.

The death toll climbed to 6,062. Israel has a confirmed death rate of nearly 700 per 1 million people, according to the Oxford-based Our World in Data.

A report by a military task force advising the Health Ministry said the transmission rate, which measures how many people each virus carrier infects on average, was 0.68 on Thursday, indicating that the outbreak was subsiding. It has been declining despite Israel’s economy mostly reopening.

Meanwhile the number of people in Israel fully vaccinated against COVID-19 continued to climb. 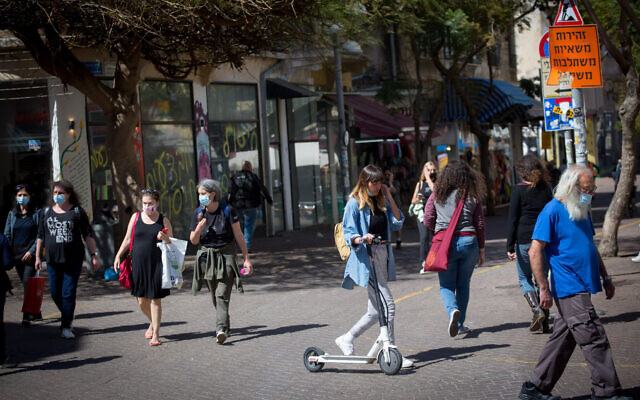 The data was released as further easing of restrictions was expected at the start of next week, including increasing occupancy at cultural and sports events for holders of the Green Pass denoting they are fully vaccinated or have recovered from the coronavirus.

According to Channel 13 news, ministers are also expected to weigh allowing workshops and classes for Green Pass holders, as well as permitting children to use outdoor swimming pools without the need for testing.

Meanwhile, Israel is to set up polling booths at Ben Gurion airport for travelers who arrive on March 23, the day of the election.

The Central Election Commission will analyze data on the number of flights expected that day to determine how many polling stations will be needed at the airport. 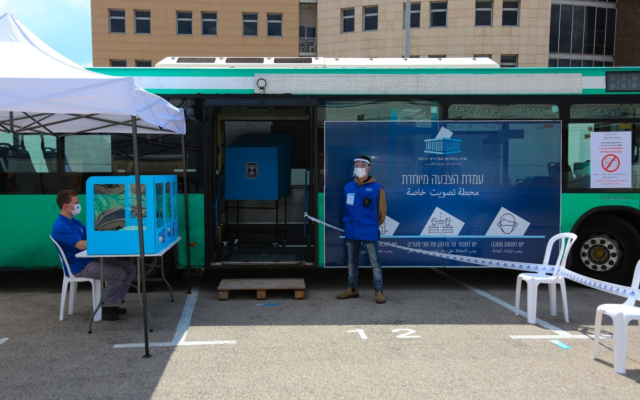 A bus converted into a polling station ahead of the Knesset elections, in a photo released March 8, 2021. (Chaim Levy/Central Elections Committee)

The chairman of the Central Elections Commission, Justice Uzi Vogelman, told the Kan public broadcaster that the elections during a pandemic required new protocols as it was better to have arriving travelers vote immediately upon landing rather than go home and then travel to a polling station while they were under quarantine. 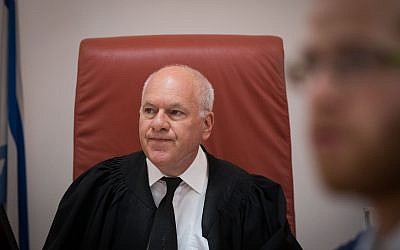 Justice Uzi Vogelman at the Supreme Court in Jerusalem on June 4, 2018 (Yonatan Sindel/Flash90)

“This is a once-in-a-century event with separate polling stations for patients and those in isolation, separate shuttles that will allow each coronavirus patient or quarantined individual to get to the polls safely and conduct a proper election process,” Vogelman said.

The election is Israel’s fourth in under two years, amid an unprecedented political crisis that failed to produce a government after the first two votes in 2019 and yielded a short-lived unity government after the third. The vote is largely regarded as a referendum on Prime Minister Benjamin Netanyahu’s leadership, including his handling of the coronavirus crisis.

Israel’s previous election, in March 2020, was held shortly after the coronavirus first reached the country, with several special polling stations serving the relatively few people who had then been suspected or confirmed to have contracted the virus or come in contact with confirmed carriers.