Lehava opposes the intermarriage of Jews and non-Jews, as well as LGBT rights, and tries to stifle any public activity by non-Jews in Israel, including coexistence events. Its members have been convicted of violent attacks.

“Opposition to assimilation is not racism. The organization must be allowed to continue its important activities,” the rabbis wrote in their letter.

In June, the head of the Knesset’s Foreign Affairs and Defense Committee urged Defense Minister Benny Gantz to designate Lehava a terror organization.

Yesh Atid MK Ram Ben-Barak, a former Mossad intelligence agency deputy chief, appealed to Gantz to “exercise your authority as defense minister” and kickstart a “swift and determined effort that will culminate with the designation of Lehava as a terror organization and outlaw the organization and its activists.”

In his appeal, he invoked Lehava’s support for the extremist late rabbi Meir Kahane, the incitement to racism conviction of its current leader, and the recent banning of some of its members from major social media platforms over alleged incitement to violence.

Channel 13 reported at the time that Public Security Minister Omer Barlev was also involved in the effort to outlaw the group and had approached Attorney General Avichai Mandelblit to help lay the legal groundwork.

Lawmakers across the political spectrum have attempted to designate Lehava a terrorist group, but those attempts, including in 2015 by then-defense minister Moshe Ya’alon, made little headway. Ben-Barak argued that past efforts were held up by gaps in Israel’s terror laws on how to ban such groups. The counterterrorism laws were overhauled in 2016, now enabling the designation, he said. 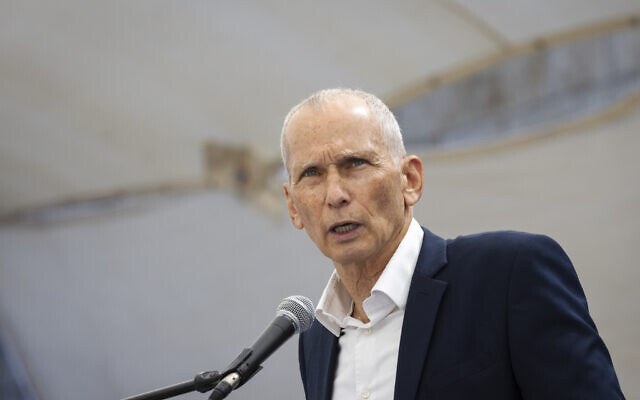 Public Security Minister Omer Barlev attends a ceremony at the National Headquarters of the Israel Police in Jerusalem on September 5, 2021. (Olivier Fitoussi/Flash90)

Gantz did not immediately respond to the call.

Lehava leader Bentzi Gopstein has been arrested on a number of occasions and investigated for statements that he made against non-Jews, including for an article in which he called Christians living in Israel “bloodsuckers.”

In 2019, Gopstein attempted to launch a political career in the extremist Otzma Yehudit party but was barred by the Supreme Court from running over remarks that “unequivocally” proved that he “systematically incites racism against the Arab public.” 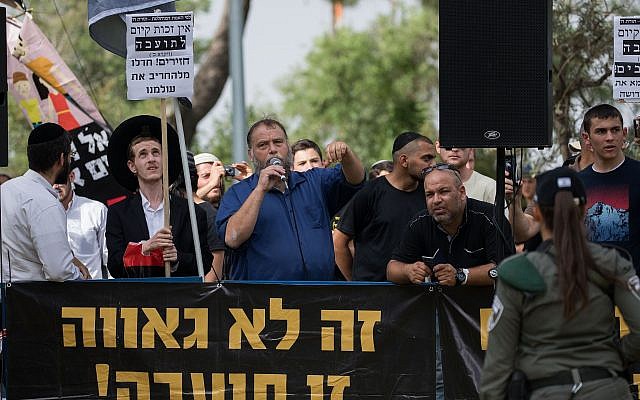 Lehava was involved in recent violence between Arabs and Jews in Jerusalem. In the early days of the intercommunal rioting earlier this year, Lehava organized an ultra-nationalist march to the Damascus Gate in Jerusalem, which was a hotspot of violent clashes between East Jerusalem Palestinians and police.

The legal advocacy arm of the Reform Movement at the time called upon Israeli officials to designate Lehava as a terrorist organization.