A leader of the ongoing protests against Prime Minister Benjamin Netanyahu on Wednesday likened the premier to Nazi leader Adolf Hitler, in a remark that drew immediate condemnation. He subsequently refused to take back the comment and called Netanyahu a “human rag.”

During a protest Wednesday night in Rosh Ha’ayin — outside the home of Defense Minister Benny Gantz — Sadi Ben Shitrit of the Crime Minister organization took the microphone and made a speech decrying Netanyahu’s pandemic response and the fact that he is charged with corruption in three criminal cases.

Addressing Netanyahu, he added: “In the ’30s there was an oppressor of Jews, he was in Germany, and he behaved exactly like you. Sowing divide, inciting and destroying.”

“That is severe incitement, which is punishable by incarceration,” he tweeted. “I expect the police to look into this grave case.”

Likud MK Miki Zohar at the Knesset in Jerusalem on January 13, 2020. (Hadas Parush/Flash90)

Zohar added that he had previously sued Ben Shitrit for directing “libelous” remarks during a demonstration outside his house.

Gantz tweeted that he “strongly condemns the despicable analogy.”

“There is no place in Israeli society for such analogies that harm the memory of the Holocaust,” he said. “Even if there are bitter differences and disagreements with Netanyahu’s policies, that is not the way to express it.”

On Twitter, many right-wing activists and journalists decried Ben Shitrit’s remark and called for action and wider condemnation.

Some journalists and commentators who normally support the anti-Netanyahu protests censured the remark.

But Ben Shitrit said Thursday morning that he “stands behind every word” he said.

Speaking with Channel 12, he continued to fan the flames: “Fuck the prime minister, who is he? A human rag. In Germany in the ’30s Hitler took the leadership using the same methods as Netanyahu. I didn’t talk about the gas chambers and didn’t talk about the ’40s. What did Hitler do? Sowed division and incited, that is exactly what Netanyahu is doing.”

The Crime Minister movement did not immediately comment on the remarks. 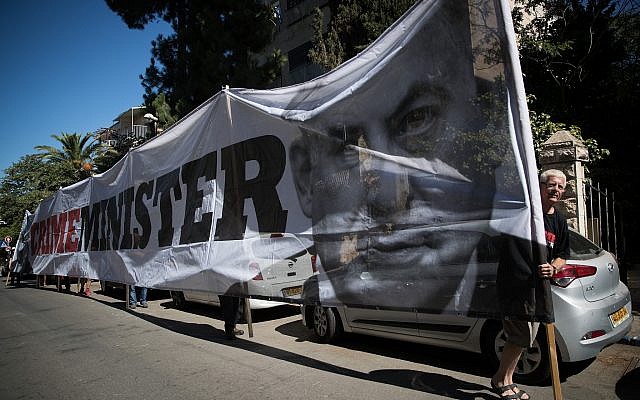 The incident followed a separate outrage Wednesday over insults hurled at Netanyahu neighbors, the family of a fallen Israel Defense Forces soldier, by supporters of the prime minister because they had hosted a group of anti-Netanyahu protesters.

“There is a God and he punished her. I wish upon her another [lost child],” shouted one member of a group of pro-Netanyahu protesters who gathered outside the Caesarea home of the family of Capt. Tom Farkash on Tuesday evening.

“The fact that you lost a son does not give you the right,” another demonstrator shouted toward the home of the soldier’s mother.

Farkash, an air force pilot, was killed when his helicopter crashed in 2006 during the Second Lebanon War. He was born in Canada and had immigrated to Israel with his family at the age of eight. 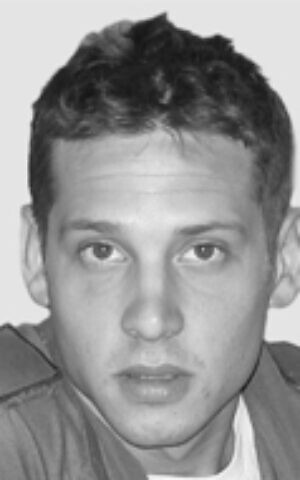 “He is also bereaved,” one protester yelled toward the home of Farkash’s mother, referring to Yoni Netanyahu, Prime Minister Benjamin Netanyahu’s brother, who was killed in Operation Entebbe in 1976.

Farkash’s mother, Anat, expressed outrage that the demonstrators would curse someone whose son died defending the country.

“Our son gave his life so that they, their children and all the residents of the State of Israel will have a safe life. How did we get here? Shame on the police who allowed them to stand under our window — private citizens — and did nothing,” Anat wrote.

“As someone who has himself experienced the suffering of bereavement, Prime Minister Netanyahu has throughout his life fastidiously respected the sense of loss of bereaved families, and others — from left and right — must conduct themselves in a similar fashion,” the statement read. “The prime minister harshly condemns any comments of this sort that has to with the loss of bereavement, including such comments that were made in Caesarea.”

In addition to a central protest in Jerusalem and satellite demonstrations around the country, demonstrators regularly rally outside the Netanyahu family’s private residence in Caesarea.