Qatar’s envoy to Gaza said on Friday that efforts to send aid from his country to the Gaza Strip, including to employees of the Hamas government, were off after the Palestinian Authority backed out of the deal.

Qatari envoy Mohammed al-Emadi said that a mechanism agreed earlier in the week where PA banks would transfer the money to Hamas employees was no longer an option.

He said the banks had refused to take part fearing they could be targeted by sanctions for transferring money to a terror group.

The issue of the civil servants had been a sticking point in setting up a mechanism to transfer the money. On Monday al-Emadi said the issue had been resolved “following an agreement by the different parties.”

The collapse of the deal was likely to further inflame tensions between Israel and Hamas, which has frequently stepped up provocations in a bid to pressure Israel to allow in money.

The report said Israel wanted to deal with Hamas on its own terms and at a time of its choosing, and not be drawn into a conflict that would suit the terror group.

Israeli soldiers near the Gaza border near Sderot on August 24, 2021. (Menahem KAHANA / AFP)

Israel, which still allows many goods into the Strip, views the blockade as a necessary measure to keep terror groups from being able to rearm. 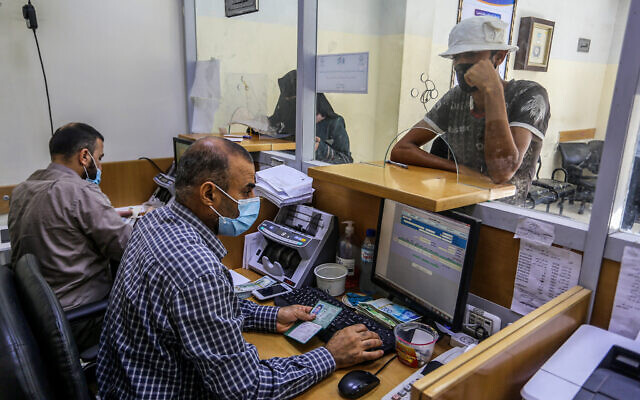 Palestinians receive their financial aid as part of assistance given by Qatar, at a post office in Rafah, in the southern Gaza Strip, on October 6, 2020. (Abed Rahim Khatib/Flash90)

The stalemate appeared to have been resolved late last month when Israel and Qatar announced approval of a new mechanism to distribute the funds, with money transferred directly to individuals by the United Nations.

Under the scheme, Israeli-approved recipients in Gaza will be issued UN credit cards to withdraw the funds, sources familiar with the arrangement have said. 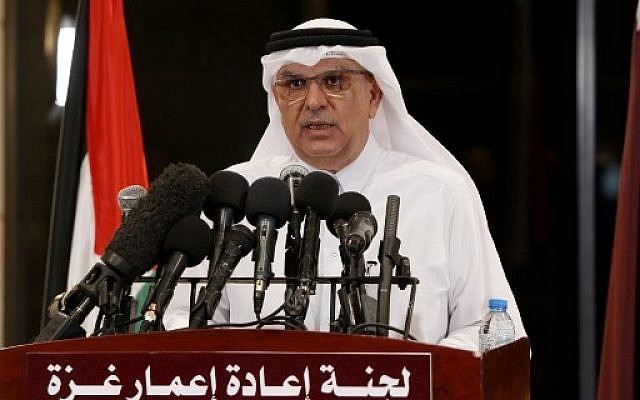 The Qatari envoy to the Gaza Strip, Mohammed al-Emadi, speaks during a press conference in Gaza City, on May 14, 2019. (Mohammed Abed/AFP)

But the aid distribution had not yet started and unrest has persisted, with Palestinians staging protests and violent riots along the Gaza-Israel border. An Israeli soldier was shot by a Gaza gunman during a border riot last month and later died of his wounds. Two Palestinians have been killed by Israeli fire.

A source within Hamas said that a sticking point was its insistence that civil servants employed by the Islamists be allowed to benefit from Qatari aid.