Plans for a government event honoring the health system for COVID-fighting efforts have taken an embarrassing turn, after seven hospitals announced they were boycotting the event because they feel the government has abandoned them financially since the pandemic.

Israel’s seven “public” hospitals — meaning institutions that are open to all patients and rely mostly on state funds, though they are privately owned — are taking the stand together, they announced on Thursday.

In the statement, the institutions said it would be “ridiculous” for them to attend the Health Ministry-organized ceremony on Sunday, which is likely to involve Prime Minister Benjamin Netanyahu.

They won’t attend a celebration while they are at the same time “begging for aid,” the hospitals insisted, adding: “A tribute ceremony won’t fund expenses.”

Paramedics stand by outside of the emergency department at Hadassah Medical Center in Jerusalem, on Monday, Oct. 19, 2020. (AP Photo/Maya Alleruzzo)

The Health Ministry did not respond to a The Times of Israel request for comment.

“We shouldn’t be forgotten by the state the moment the pandemic ends,” he told The Times of Israel.

Rotstein said that after making a supreme effort to help Israel cope with the pandemic, public hospitals are getting the government funding they need to rebuild supplies and infrastructure. 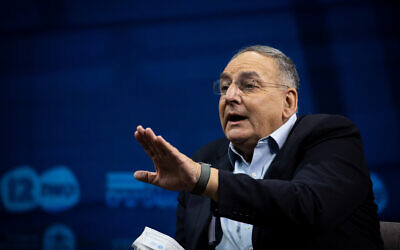 “It’s unthinkable that we would go to receive a medal when I’m so outraged that the government is hanging us out to dry,” said Rotstein. “It seems absurd to attend a ceremony that will praise the government for its management of the coronavirus at this time.”

The public hospitals issued a joint statement saying: “It cannot be with one hand the state lauds us and grants us certificates, while with the other hand it not only fails to help us but shuts the taps, deprives us of funding and harms the patients who are at the heart of the work of public hospitals.

“Despite the enormous effort invested in the past year, which drained large and significant budgets from our hospitals, the Israeli government has not been able to help and provide us with sufficient funding,” their statement said. 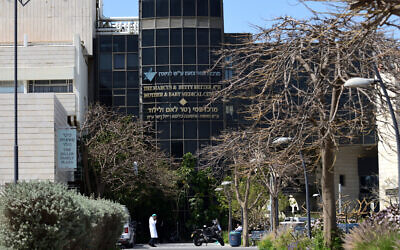 Their decision comes amid wider concerns that healthcare is being neglected post-pandemic. Last month, doctors held a strike charging that they kept the nation going through the pandemic and were now being “tossed aside.” The Israel Medical Association called the 24-hour strike, along with several protests, over fears that 600 doctors employed during the pandemic will lose their jobs on June 30 because funding won’t be renewed. The fate of the 600 doctors is still not known.