NEW YORK — As they ring in the new lunar year of 5782, religious Jews around the world will figuratively cast their sins into the water this week in a tradition known as taschilch. At the same time, over 100 groups of Jewish volunteers across the globe have decided to reverse the ritual and clean up the oceans instead.

“When we take our sins and throw them into the sea, we are actually sinning more because we are making our environment less pure,” 25-year-old Dominique Chor told The Times of Israel via telephone from her home in Rio De Janeiro, Brazil.

The age-old tradition of tashlich typically takes place over Rosh Hashanah and the week leading up to Yom Kippur, the day of atonement, and consists of throwing pebbles or pieces of bread into a body of water to symbolically jettison the sins of the previous year. Reverse Tashlich, now in its fourth year, sees Jews convene to collect trash strewn along rivers, lakes, oceans, and other bodies of water, large and small.

The event — which doesn’t preclude participation in the traditional tashlich ritual — is organized by Tikkun HaYam, or Repairing the Sea, a group that engages in marine restoration from a Jewish perspective. According to the Reverse Tashlich website, approximately 6 million tons of trash enter the water annually as a result of human negligence.

Shayna Cohen joined Tikkun HaYam in 2018. Born in Hawaii, 26-year-old Cohen has always considered the ocean to be her “happy place,” and she is now a certified scuba diving instructor living in Orlando, Florida.

Volunteers in Miami, Florida, participate in Reverse Tashlich in this undated photo. (Courtesy)

“I was learning about all of the issues that so many people were not talking about and I felt a call to protect the ocean,” she said.

After she joined the organization, Cohen was tasked with spreading the word about Reverse Tashlich to Jewish communities around the world. This year, 134 teams in 15 countries will engage in the beach cleaning event, all under the framework of the Jewish principle of “ba’al tashchit,” a prohibition against senseless damage and destruction. Meetups are planned from Baku, Azerbaijan, on the Caspian Sea, to the tiny South Pacific archipelago of Palau. 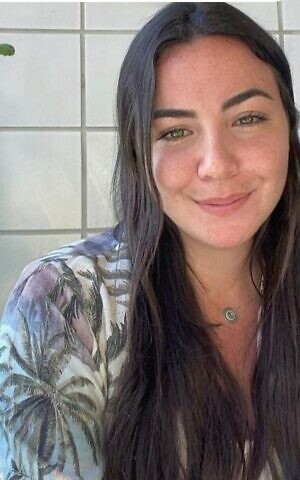 For Chor, who studied psychology at an American university in Rio and founded a project helping at-risk youth, participating in Reverse Tashlich is “very important, especially with global warming.”

“Here in Brazil, the ocean pollution is terrible,” Chor said. “I wanted to bring it to Rio too, and for it to also become a tradition here, because we need a lot to clean our waters. If people find a deeper purpose in doing so, I figured it would convince more of them [to participate].”

“It’s important for us as a community, as a society around the world,” she said.

Chor estimates that about 20 people will show up to her team’s gathering at Arpoador, one of Rio’s trendiest beaches, where she will lead a short meditation before the cleanup.

“We think we’ll find a lot of trash there, since a lot of people go there during the weekend,” she said. “And we are planning on going at the end of the day — due to the sun, which is very hot here in Rio, but also because people will have left more trash than in the beginning.”

Across the Atlantic ocean, in the county of Kent in the United Kingdom, Tim Spurrier, 53, is also preparing for this year’s Reverse Tashlich. As chair of the Thanet and District Reform Synagogue in the seaside town of Ramsgate, Spurrier said that participating in the new ritual “just seemed like a no brainer.” 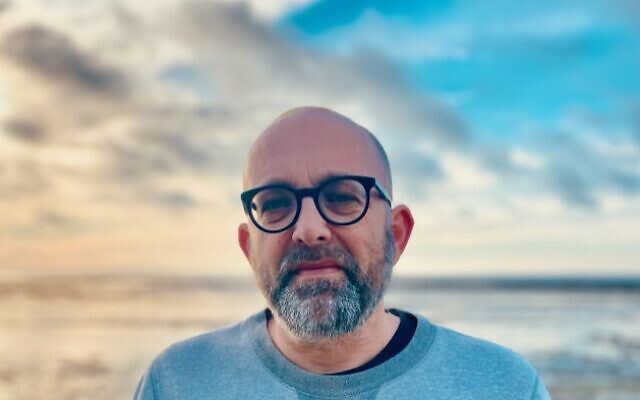 Tim Spurrier of Kent County in the UK organized his synagogue’s participation in this year’s Reverse Tashlich event. Members of the Thanet and District Reform Synagogue will gather in their seaside town of Ramsgate on September 12 to help clean the waterfront. (Courtesy)

“Tikkun olam has been a very strong tradition in our community for as long as I’ve been involved with it,” Spurrier said, referring to the Jewish concept of repairing the world. “I thought it fitted us perfectly and it fitted the vision that we need to be an outward-looking community of action, not just words.”

Pollution and debris, Spurrier said, have been “a very big problem” in Ramsgate, which he describes as “an old-fashioned British seaside town.”

“Most people are great, but there’s a lot of people who just dump their rubbish and go — and so at the end of the day there is rubbish everywhere, which is a danger to wildlife and the like,” he said. “For us, it absolutely has a direct impact as a community.”

After Spurrier’s congregation signed on to do Reverse Tashlich, the mayor of Ramsgate, Raushan Ara, joined the effort by donating supplies such as trash picking tools and encouraging people outside of the Jewish community to take part.

“With the whole idea of the holiday being about being introspective and thoughtful, we want to be outwardly thoughtful about our impact as a community rather than being wholly introverted and thinking about one’s own action,” Spurrier said. 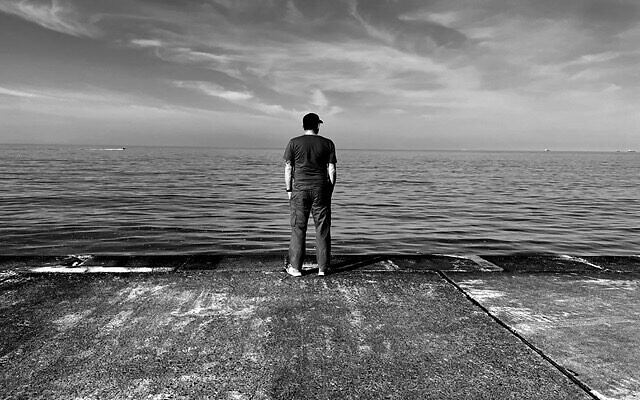 In presenting the idea of Reverse Tashlich to different Jewish communities, Cohen said “a lot of people are excited to have a really hands-on tradition.”

“It seems to be really invigorating. People feel inspired,” she said. “It’s outside and community-based, so it’s something that people can do in this new world that we are in.”

Tikkun HaYam’s mission, Cohen added, is to see “that the Jewish community is actively involved and committed to repairing the sea.”

“We would like to see it as a stepping-off point to get people involved in this initiative so that we can create real change,” she said.

Among the participating groups this year are several Israeli teams organized by Noam Bedein, the 39-year-old founder and director of The Dead Sea Revival Project. Bedein’s NGO seeks to educate people about the Dead Sea by showcasing its beauty while also teaching about the dramatic environmental impacts it has endured in recent years, which have caused the water level to drop annually.

“Being very involved with the Dead Sea as a cause, the deeper you go into the story, you start valuing more and more the whole concept of water and water sustainability,” Bedein said. “I was fascinated by Tikkun HaYam’s approach.” 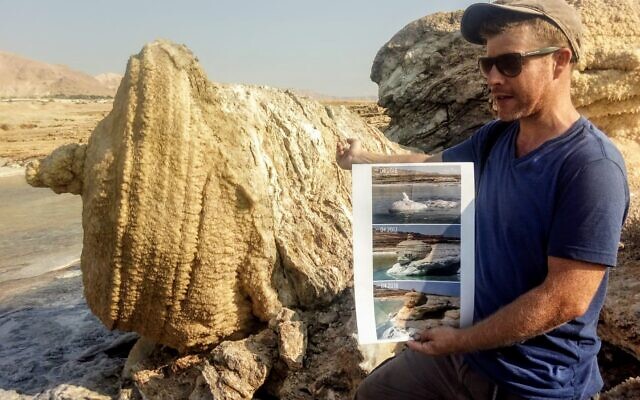 Bedein has helped map out and organize teams around the Dead Sea, the Sea of Galilee, and along Israel’s Mediterranean shoreline to participate in the cleanup on September 12.

“Our teams have a diversity of people from all different backgrounds that take part in this, from ultra-Orthodox to liberal,” he said. “It’s a theme that everybody can stand behind.”

Bedein believes that preserving our planet’s water is a common denominator that can bridge different communities, and said that Reverse Tashlich can be a great means of connecting Diaspora Jews and Israelis.

“At the end of the day, these are Jewish values, and we’re able to connect from all different backgrounds,” he said. “There is a lot of work that has to be done in Israel in all sectors to preserve the environment. It’s a very big challenge. These are things that our different communities can be learning from each other.”