The risk of becoming ill with coronavirus falls by 95.8% after the second dose of the Pfizer/BioNTech vaccine, Israel’s health ministry has said.

It comes only days after a vaccine efficacy study in the country concluded that the Pfizer jab is up to 85% effective after the first dose.

Please use Chrome browser for a more accessible video player 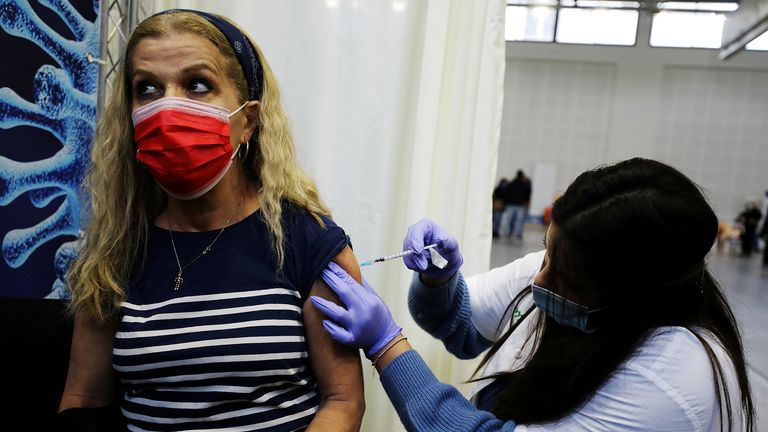 Jabs cause 94% drop in infections in Israel

The latest findings were based on data collected nationally from around 1.7 million Israelis who had received both shots of the Pfizer vaccine by 30 January.

Meanwhile, Prime Minister Benjamin Netanyahu said he expects 95% of people aged 50 and over to have received the vaccine in the next two weeks. 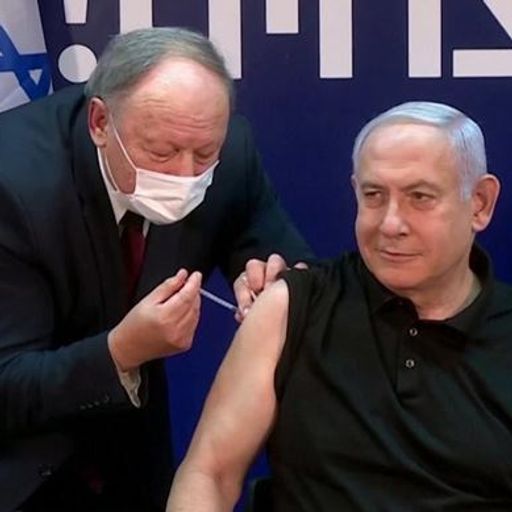 Israeli vaccination programme highlights complexities of the relationship with Palestinians

The surge in Israel’s vaccination programme has meant the country can begin to restart its economy. Today, some schools, most shops and fitness centres will be able to open their doors.

The Health Ministry has also rolled out a “green badge” app for those that had received their vaccine to enjoy more freedoms.

Linked to health records, the app will prove that the user has had both their jabs, and allow them entry into places such as gyms, cultural and sports events, and restaurants.

Mr Netanyahu said it was the key to “gradually opening” the country again.

Travel in to Israel remains largely sealed off, however, over concerns of variants making their way into the country from elsewhere.