President Reuven Rivlin sent a letter to Prince Charles of England on Wednesday asking him to intervene in the case of a severely ill toddler hospitalized in the UK.

Alta Fixsler, 2, is currently being treated in palliative care in Manchester, England, as she cannot breathe or eat without medical help due to brain damage suffered at birth. Her parents have been waging a legal battle to transfer her to Israel to pursue treatment.

In the letter sent to Prince Charles, Rivlin requested his intervention “on a matter of grave and urgent humanitarian importance.”

“It is the fervent wish of her parents, who are devoutly religious Jews and Israeli citizens, that their daughter be brought to Israel,” Rivlin wrote. “Their religious beliefs directly oppose ceasing medical treatment that could extend her life and have made arrangements for her safe transfer and continued treatment in Israel.”

The Royal Manchester Children’s Hospital, where Alta Fixsler has been treated since her birth. (Wikimedia Commons)

Rivlin said that he was aware of other Israeli appeals on the issue, “but I feel that the unique circumstances warrant a personal intervention on my part to you. It would be a tragedy if these parents’ wishes could not be accommodated in a way that respects both the law and their religious beliefs.”

Late last month, the UK High Court ruled that it is in Fixsler’s “best interests” to have life support withdrawn since she has “no prospect of recovery.”

Earlier this week, Health Minister Yuli Edelstein appealed to his British counterpart, UK Health Secretary Matt Hancock, asking him to allow Fixsler’s transfer to Israel and prevent her life support from being removed.

“According to the attached legal opinion on behalf of the family, which we accept, Israeli law mandates that in circumstances where the parents oppose the cessation of medical treatment that could lead to the child’s death and that life expectancy exceeds six months, medical treatment must not cease,” Edelstein’s letter said, according to Hebrew media reports. 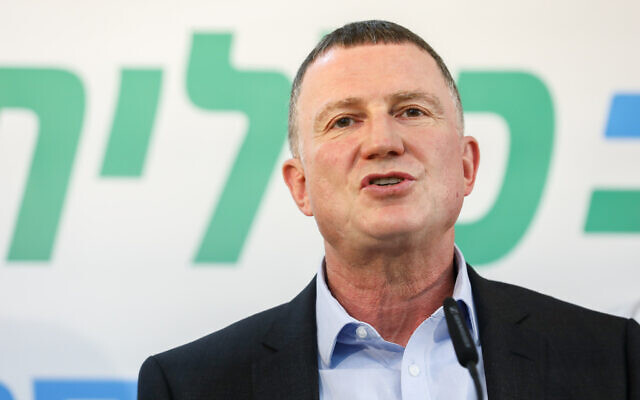 Fixsler’s parents, who belong to Manchester’s ultra-Orthodox community, have been battling for months to bring her to Israel for treatment. But attorneys for the Manchester University NHS Foundation Trust, who have responsibility for Fixsler’s care, have argued that such a move will only cause her more discomfort since she has no chance of improving.

In the High Court ruling last month, Justice Alistair MacDonald said that transferring the toddler to Israel would “expose Alta to further pain and discomfort during the course of transfer for no medical benefit in circumstances where all parties accept that the treatment options now available for Alta provide no prospect of recovery.”