President Reuven Rivlin will meet with the leaders of political parties on Monday for consultations on their preferred candidate for forming the next government following last month’s election.

Rivlin will hold consultations with each of the 13 parties that won enough votes to secure representation in the incoming Knesset.

Following the discussions, he is expected to assign a lawmaker the mandate to form the next government on Wednesday, based on who he assesses has the best chance of doing so.

Rivlin will meet with the largest parties first, starting with Prime Minister Benjamin Netanyahu’s Likud at 9:30 a.m., half an hour after the prime minister appears in court for the start of the evidentiary stage of his trial on graft charges.

The president will wrap up his talks with the Islamist Ra’am party, the smallest incoming faction, at 7:45 p.m.

The meetings will be held at Rivlin’s official residence in Jerusalem and will be streamed live on the president’s social media channels.

The increased transparency of the process is seen as a reaction to Netanyahu allies making various conspiratorial allegations against the president, claiming he is attempting to unseat Netanyahu by arranging shadowy political pacts.

Both blocs are likely to need the support of Naftali Bennett’s right-wing Yamina faction and Mansour Abbas’s Islamist Ra’am party to secure a majority of 61 seats in the 120-seat Knesset and establish a government. Yamina, with seven seats, and Ra’am, with four, have not committed to either side.

Right-wing lawmakers on both sides of the aisle have ruled out partnering with Arab parties, complicating any potential majority coalition, which would likely require their support. The anti-Netanyahu bloc has also been hobbled by disputes over who will lead it.

No candidate is likely to receive a majority of 61 recommendations from lawmakers on Monday, with Netanyahu expected to get 52, or 59 if Bennett backs him, while Yesh Atid leader Yair Lapid will at most get 57, but will likely receive fewer, according to Channel 12. 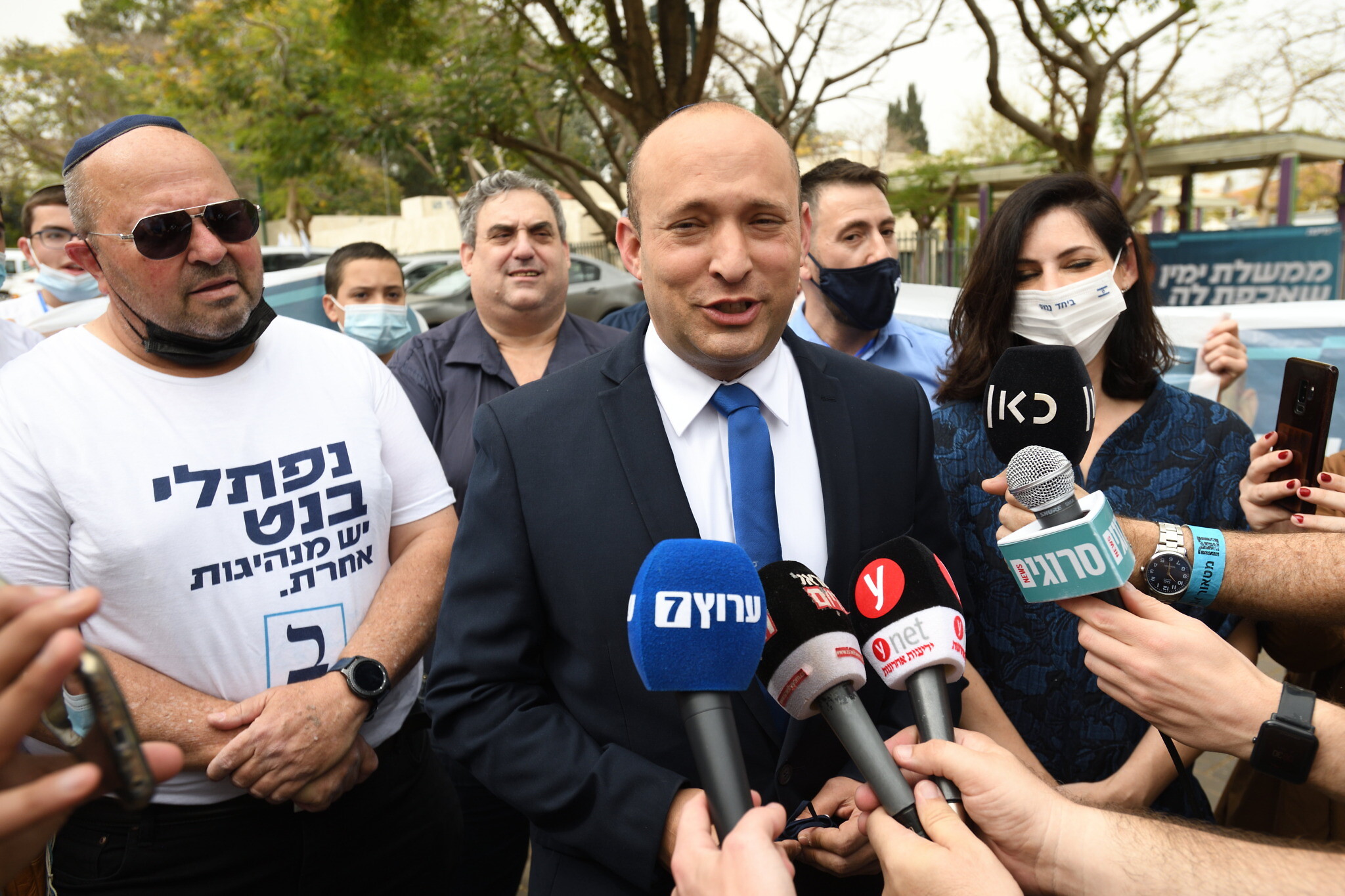 Yamina leader Naftali Bennett and his wife Gilat, right, arrive to cast their ballots during the elections at a polling station in Raanana on March 23, 2021. (Gili Yaari/Flash90)

The network said Rivlin will likely ask party leaders whom they will refuse to sit with in a coalition. Sixty-seven lawmakers will not refuse to partner with Bennett, 66 for Lapid and 63 for Netanyahu, Channel 12 said, although it is unclear what Rivlin would decide to do with such information.

Ahead of the meetings, Rivlin on Wednesday called for “unusual collaborations, inter-community cooperation and professional and dedicated work for the benefit of all Israeli citizens.” 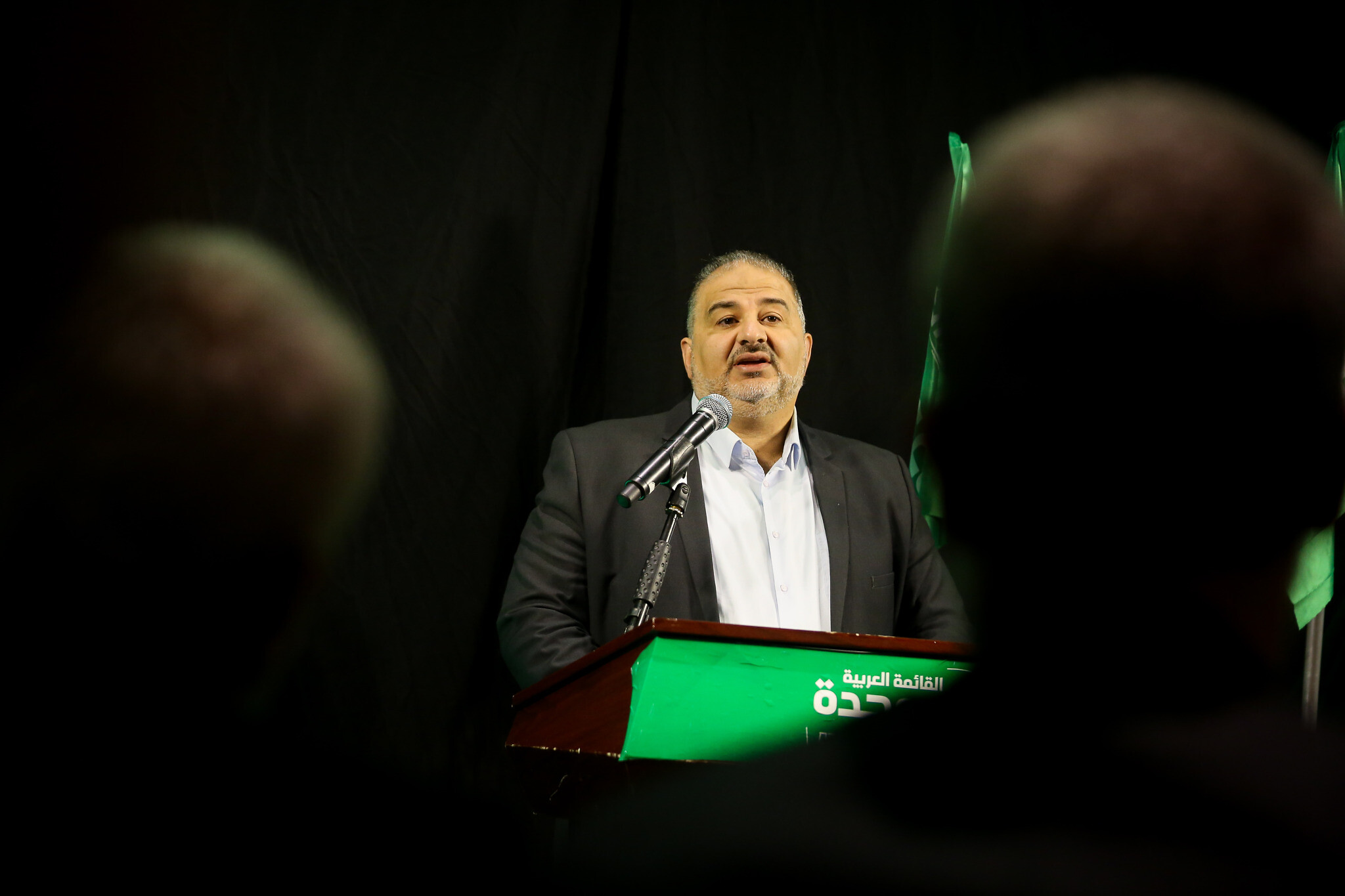 Rivlin said his main consideration in picking a candidate would be their “chance of forming a government that will win the Knesset’s endorsement” — a possible indication that he won’t necessarily pick the lawmaker with the most formal recommendations.

According to Channel 12, in a bid to find some common ground among parties, Rivlin was expected to ask party heads for their second choice for prime minister, and to try to understand who they utterly rule out cooperating with.

Party leaders including Netanyahu, Lapid and Bennett have been jostling for position since the election by politicking and holding talks with other party leaders.

The anti-Netanyahu bloc of Yesh Atid (17 seats), Blue and White (8), Labor (7), Yisrael Beytenu (7), Joint List (6), Meretz (6), and New Hope (6) won 57 of the Knesset’s 120 seats in total, and would need either all four of Ra’am’s lawmakers to back its coalition in order to have a majority in the Knesset, or the backing of the right-wing Yamina.

The pro-Netanyahu bloc of Likud (30), Shas (9), UTJ (7), and Religious Zionism (6) will need the support of Yamina. But that would only give it 59 seats in total, unless it depends on the Islamist Ra’am for support. 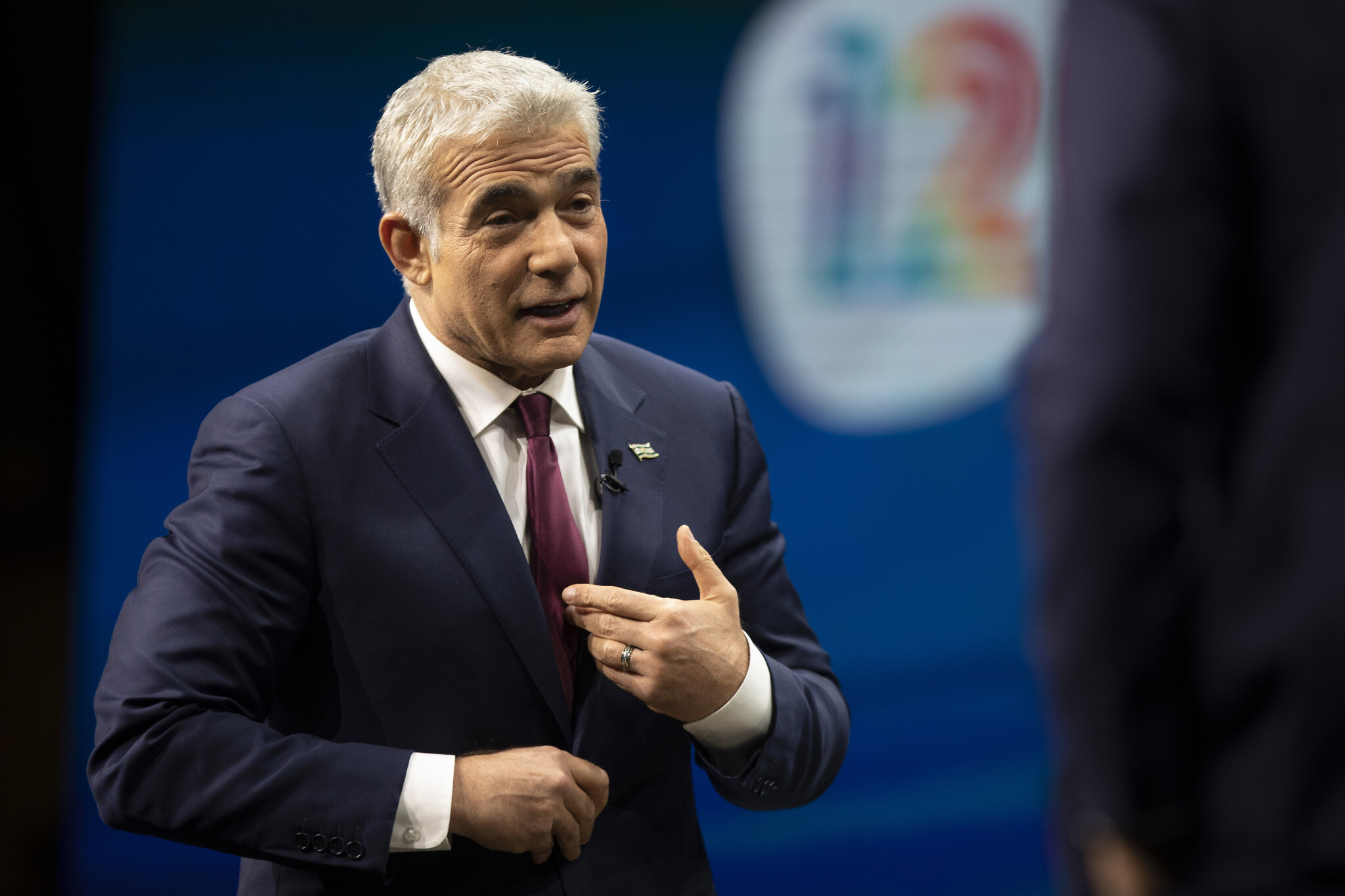 Rivlin is expected to announce on Wednesday who will be given the mandate to form the next government. That person will then have 28 days — or until May 5 — to present his or her government. If the candidate fails to do so by that time, he or she can request a two-week extension, until May 19, though the president is not obligated to approve it.

If the person with the mandate does not succeed in forming a government, the president can either task a second person with the attempt (for another period of 28 days and a possible additional 14), or send the mandate back to the Knesset, giving the legislature 21 days to agree on a candidate supported by 61 MKs.

Monday will also see the start of the evidentiary stage of Netanyahu’s criminal trial for alleged corruption — the years-long parallel process that is seen by many as the source of the country’s political paralysis.

The next day, the new Knesset’s members will be sworn into office. 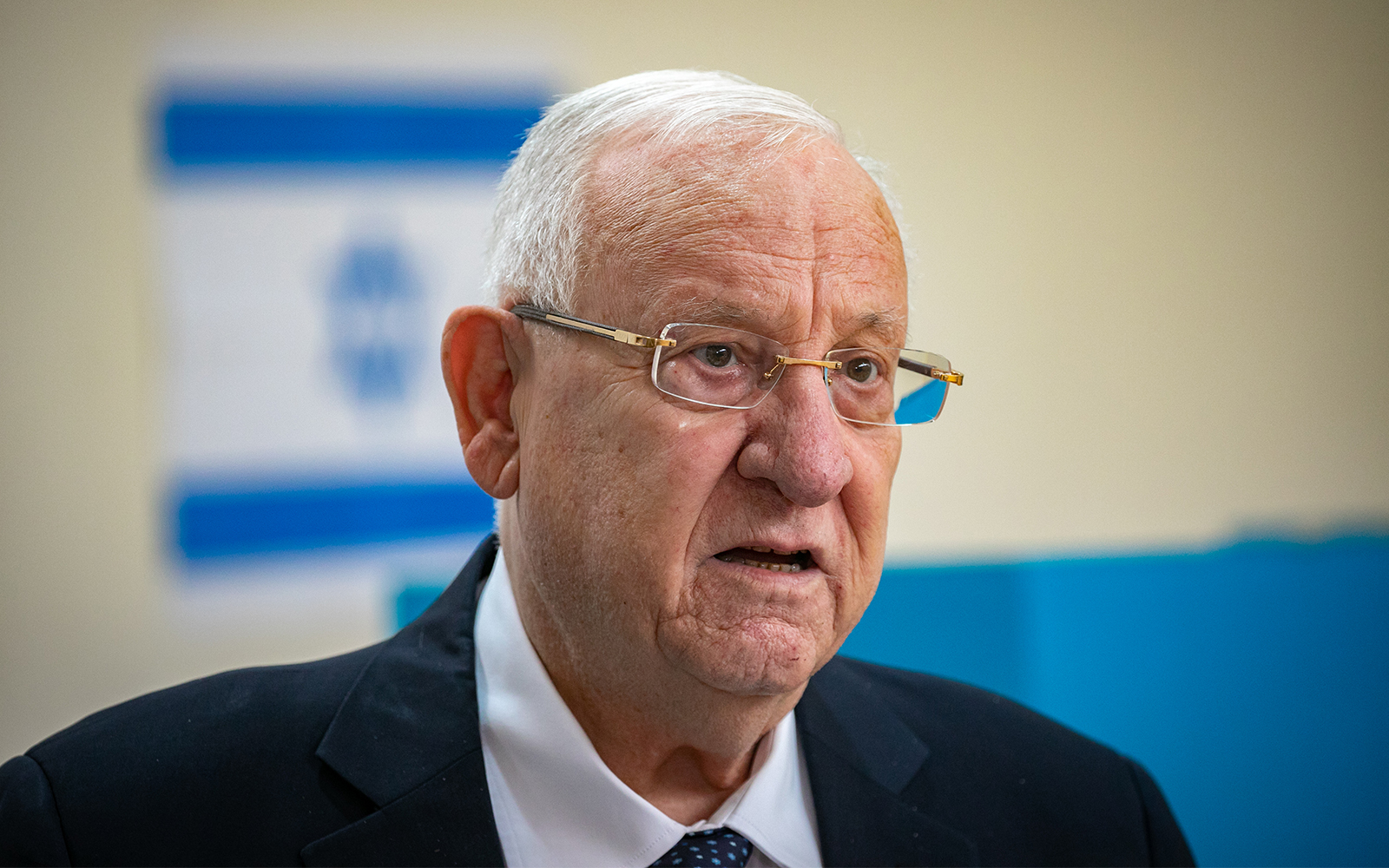 President Reuven Rivlin casts his ballot at a voting station in Jerusalem, during the Knesset Elections, March 23, 2021. (Olivier Fitoussi/Flash90)

The following is the planned schedule for Monday’s consultations, according to the president’s office: