Millions of people around the world are familiar with the proverbial Good Samaritan, but few actually know who the Samaritans are.

“In a way, they’re Palestinians and Jews and neither, all at the same time,” is how one author described the ancient people.

The Samaritans (Shomronim in Hebrew) are neither Jewish, Muslim nor Christian. Descended from the Northern tribes of biblical Israel — specifically the tribes of Ephraim, Menashe, and Levi — they are a distinct religious sect with a 3,600-year-old history.

Unlike the Jews, who are descendants of the tribe of Judah, the Samaritans have no exilic experience. They have lived in the Land of Israel continuously, subject to centuries of persecution by different conquerors and rulers. Believed to have once numbered a million, the Samaritans nearly disappeared by the early 20th century. Split today between Holon in Israel and Nablus in the West Bank, the community has built itself back up to approximately 850 members.

‘Samaritan Cookbook’ by Benyamim Tsedaka and edited by Ben Piven & Avishay Zelmanovich, with epilogue by Steven Fine. (Wipf and Stock)

A new cookbook introduces English speakers to the culinary traditions of the Samaritans. The food of this unique community represents a continuous line directly back to the ancient Israelites. At the same time, it exhibits influences of the various ethnic groups that have populated the Levant throughout history, including modern times. (To wit, the book includes a recipe for challah, the Sabbath and holiday bread of Ashkenazi Jews.)

Co-editor Ben Piven told The Times of Israel that the intended audience for “Samaritan Cookbook: A Culinary Odyssey from the Ancient Israelites to the Modern Mediterranean” is broad, including Jews, including Israelis who may know nothing about this tiny, enigmatic people living alongside them.

“We also think that Christians with strong ties to the land of the Bible will be interested in this, as well as historians. The recipes will also appeal to fans of the healthy Mediterranean diet, and to supporters of Middle East coexistence,” said Piven, a 38-year-old journalist living in Brooklyn, New York.

Piven and co-editor Avishay Zelmanovich worked with writer Benyamim Tsedaka and photographer Yadid Levy to create an attractive cookbook of 24 recipes accessible to English readers. The book is an adaptation of a 2011 Hebrew-language cookbook titled, “Wonders of the Samaritan Kitchen,” published by Tsedaka in Israel. That book included a whopping 284 recipes collected from women in the Samaritan community by Tsedaka’s mother and aunt, Batia bat Yefet Tsedaka and Zippora Sassoni Tsedaka. 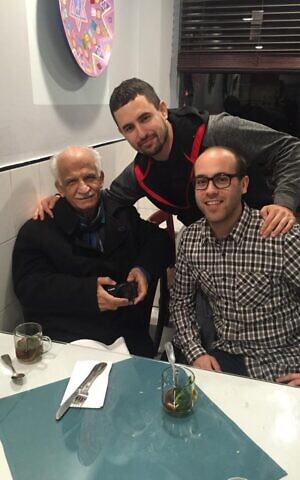 Tsedeka, 76, has long been the emissary of the Samaritans to the world. Piven and his friend Zelmanovich, a 36-year-old Israeli entrepreneur, met Tsedaka in 2009, when Piven was living in Tel Aviv and working on an article about the Samaritans for the Israel newspaper Haaretz. In subsequent years, the trio met up in the US on several of Tsedaka’s international lecture tours.

“Samaritan Cookbook” includes a postscript by historian Dr. Steven Fine, founding director of the Yeshiva University Center for Israel Studies. Fine served as the academic consultant for the book, as it is part of a larger Yeshiva University Israelite Samaritans Project.

That multifaceted project will include a documentary film and an exhibition at the Museum of the Bible in Washington, DC. It will also involve an accessible scholarly book, a children’s book, and a catalog of Samaritan-related items in the YU Museum collection.

With regard to the cookbook, Fine noted, “We used different registers of language [in the different parts of the cookbook] to reach different audiences.” 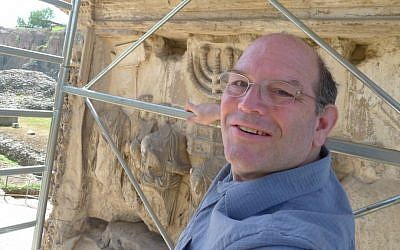 Steven Fine on scaffolding at the Arch of Titus, Rome, 2012 (Arch of Titus Project, Yeshiva University)

The book explains that Samaritans in Israel speak Hebrew, and those living among the Palestinians speak Arabic. However, the Samaritans’ sacred writings are recorded in their own alphabet, a variant of the Old or Paleo-Hebrew alphabet.

Samaritan Scripture consists only of the Five Books of Moses (Torah), specifically a version of the holy text from the late Second Temple Period that was not chosen as the authoritative Masoretic Text of mainstream Rabbinic Judaism. As a result, Samaritans follow the kosher laws as they appear in the Torah, without the later exegesis and elaboration provided by the Talmud and later commentaries. 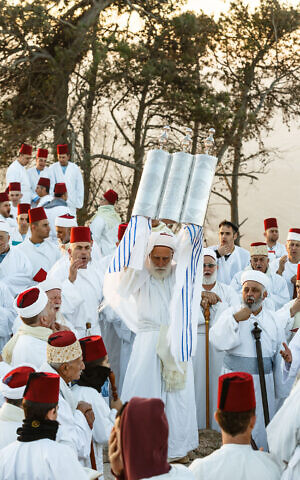 In the Samaritan Torah, Mount Gerizim near Nablus — not Mount Moriah — is the most sacred of all places chosen by God. For that reason, the Samaritans make pilgrimage to Mount Gerizim on the festivals, rather than to Jerusalem. (Samaritans celebrate all holidays mentioned in the Torah, but none from the rest of the Bible, such as Purim, or post-Biblical ones such as Hanukkah.)

The most dramatic photographs in the book were taken during the pilgrimage holidays of Passover in April 2016, and Sukkot in October 2017. Although there are sections on the unique ways in which these two holidays are celebrated by the Samaritans, there are surprisingly no holiday recipes in “Samaritan Cookbook.” According to Piven, this was a deliberate choice in order to keep the selection of meat and vegetarian recipes as representative and simple as possible.

In an email interview with The Times of Israel, Tsedaka said he hoped that a Samaritan cookbook dedicated to Sabbath and holiday dishes would be forthcoming.

“Our cuisine excels in that area,” Tsedaka said.

Those familiar with the food of Israel, Palestine and Lebanon will find little different between those cuisines and that of the Samaritans. Dishes such as Maqlouba, Hummus, Falafel and Majadara can be found in just about any Middle Eastern cookbook.

However, Tsedaka took issue with such an assertion. “This is one of the most ancient cuisines in the world,” he maintained about Samaritan cuisine.

Tsedaka pointed out that Samaritan cooking is characterized by the use of only fresh meat (chicken, lamb or veal) — never frozen — straight from the butcher into the pot. He said Samaritan meals follow a regular weekly pattern, with all including plenty of fresh salads. Lunches feature meat, with fish one day a week. Sabbath dinner on Friday night consists of pea or spinach soup, followed by stuffed vegetables or stuffed chicken. 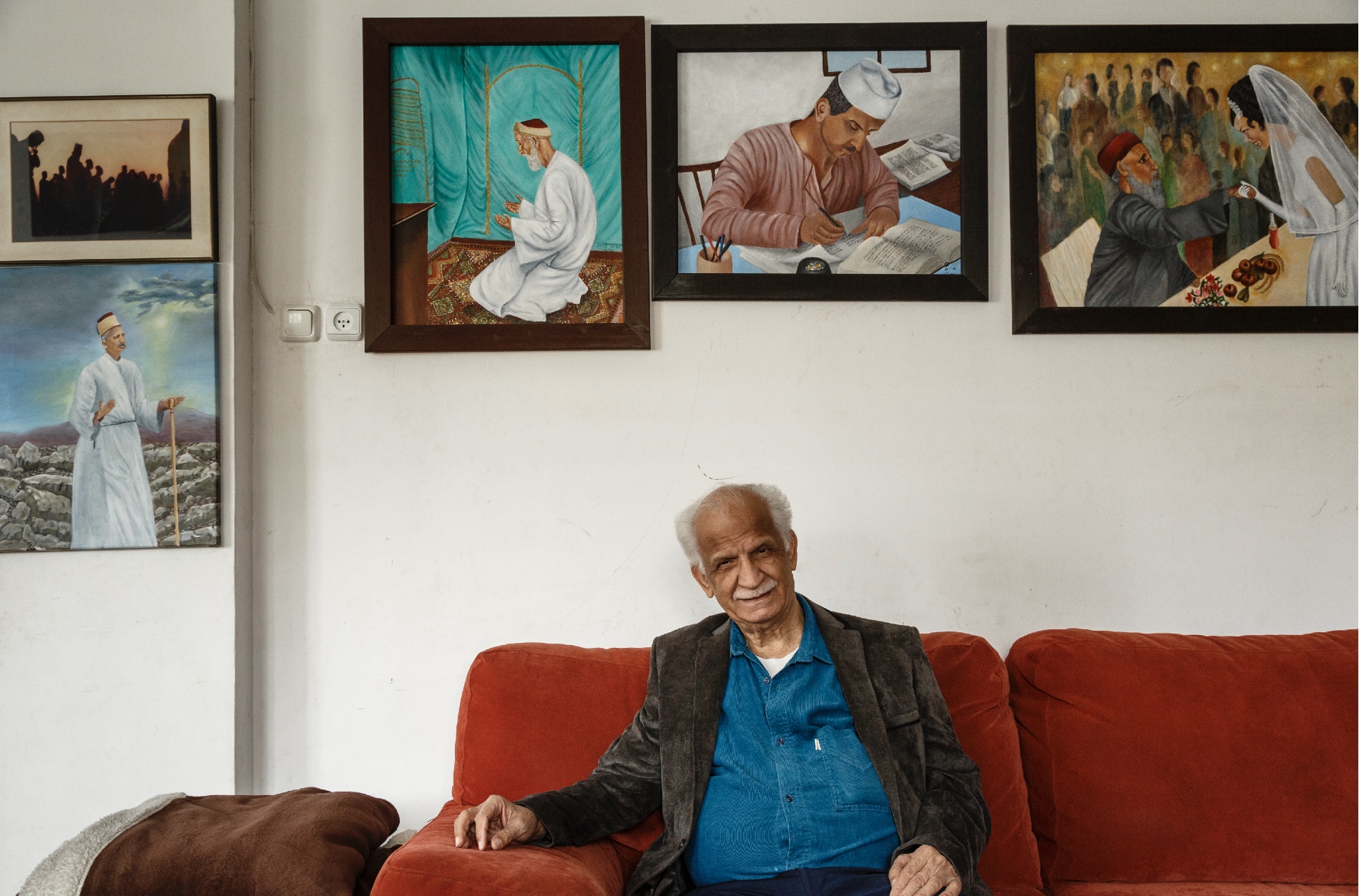 Benyamim Tsedaka on a couch at his home in Holon, Israel. (Yadid Levy)

“My personal favorite is chicken stuffed with rice or eggplant,” Tsedaka said.

Piven acknowledged that there is really no significant distinction between Samaritan cuisine and that of neighboring ones.

“It’s all part of the heritage of the larger region and the Samaritan’s story of survival at this crossroads of cultures,” Piven said.

According to Fine, whether or not one can find the same dishes also made in Israeli or Palestinian kitchens is not the point of publishing the cookbook.

“This is another piece of humanizing this unique community that is so little known,” Fine said. 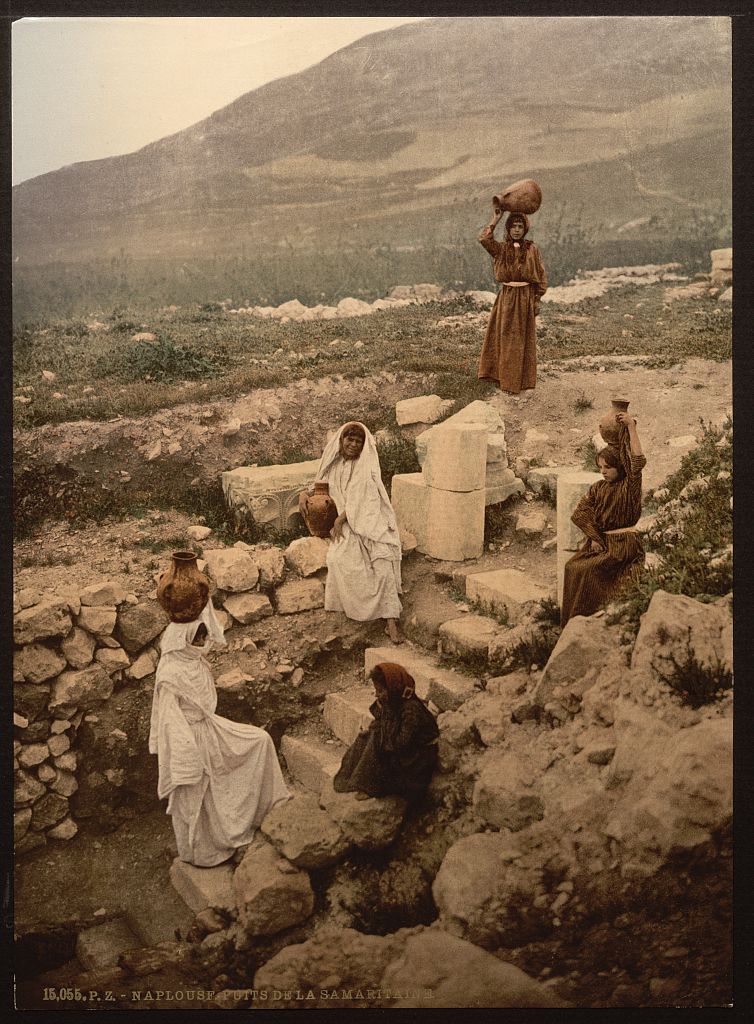 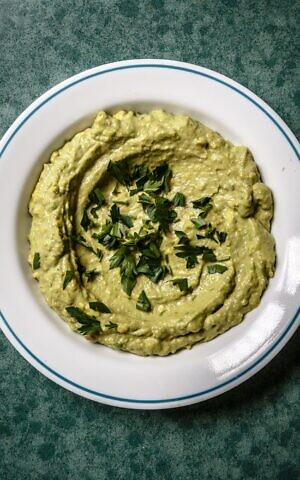 This appetizer is like guacamole with a Middle Eastern twist, and goes well while you’re waiting for the rest of the food. Thoroughly mash the avocado with a fork, then add all the other ingredients except the olives and tomato. Move the dip onto a plate and garnish with the olives
and tomato. If you want to add more decoration, use some chopped coriander or mint leaves, along with pitted black olives.

Peel the potatoes, and wash them well. Slice the top off of each potato so it can be used later as a lid. Then scoop out the potatoes to create pockets in the middle so they can hold what comes next. Lightly pan fry the lamb cubes, the onion, and the pine nuts together. Then put everything in a bowl and add the rest of the spices. Then put the filling into the potatoes. Put the potato lids on, and use toothpicks to hold them together. Lightly pan fry or put into the oven the potatoes before placing them all in a Pyrex tray.

Mix the tomato paste with 1½ cups of water, then pour this over all the potatoes in the pan. Cover the pan with aluminum foil, cook in the oven at 400 degrees Fahrenheit. Once everything smells just right and has begun looking slightly burnt, then take it out, and serve it up. 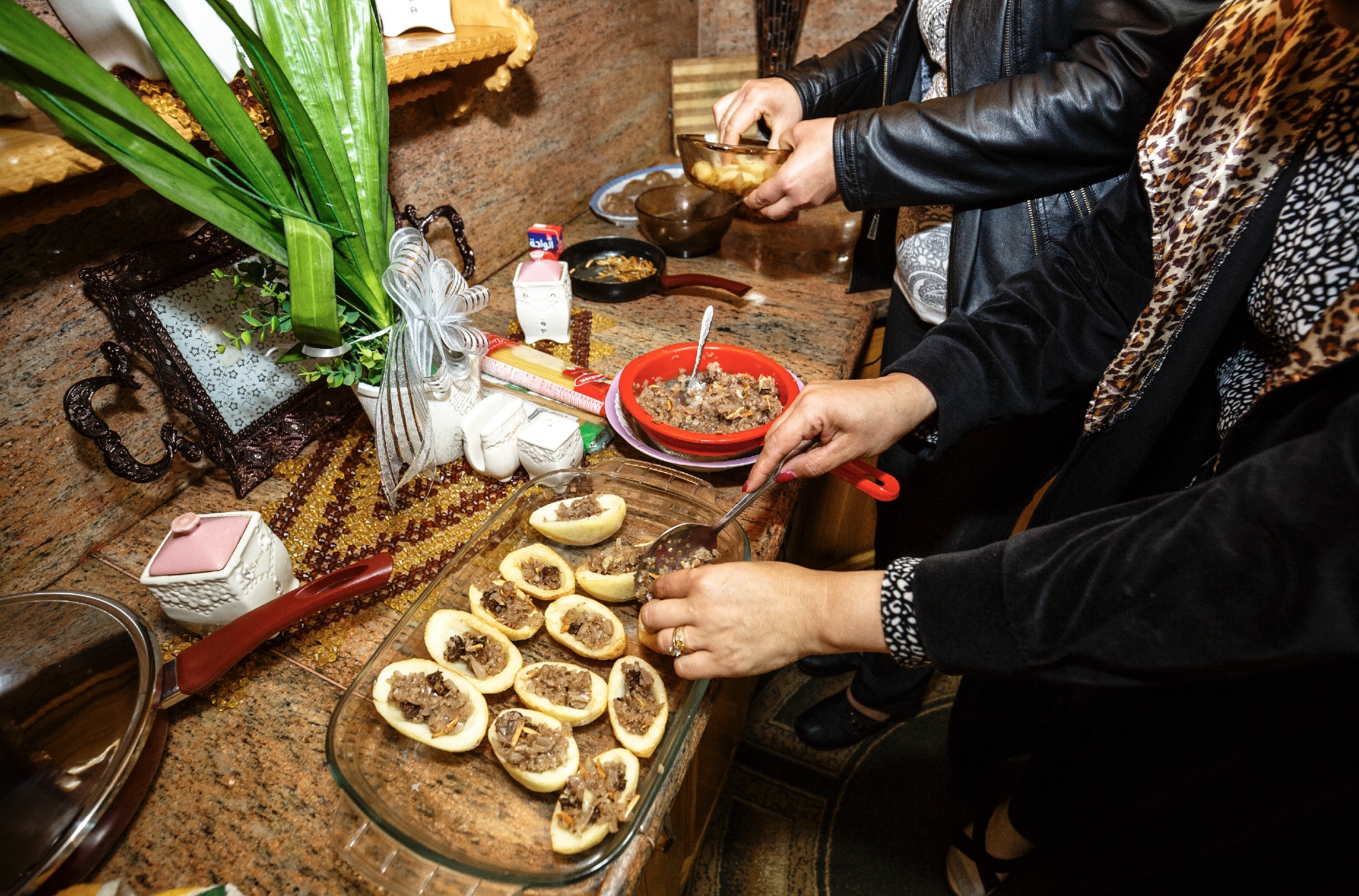