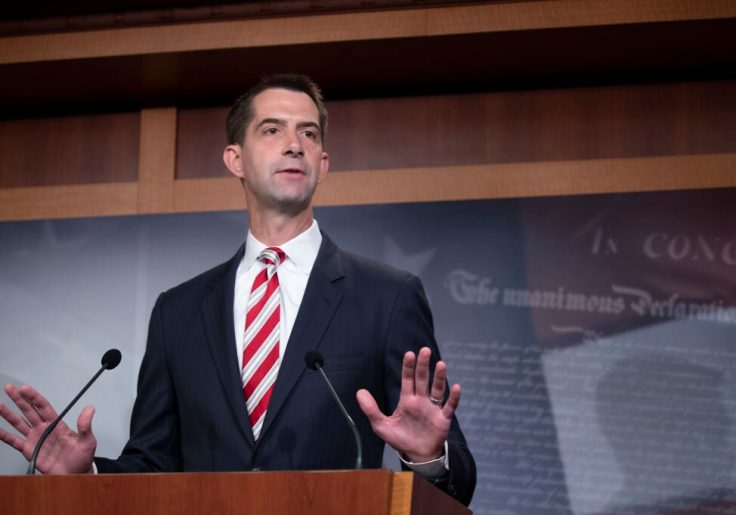 Senate Republicans wrote a letter this week urging the White House to expand its “Made in Israel” customs policy to include the West Bank.

The letter, signed by Sens. Tom Cotton (R., Ark.), Marco Rubio (R., Fla.), Ted Cruz (R., Texas), and Kelly Loeffler (R., Ga.), asks the administration to reverse a Clinton-era customs policy that requires Israeli goods produced in the area to have “Made in West Bank” labels. Although the Obama administration republished the directives in 2016, Washington still recognizes trade items from the region as “articles of Israel” for commercial purposes. In their letter, the senators said the “Made in West Bank” labels make Israeli goods from the region “prime targets” for anti-Israel boycotts.

“Unfortunately, the United Nations and some prominent members of the Democratic Party are working to oppose Israel and to support the anti-Semitic Boycott, Divestment, and Sanctions movement, which seeks to isolate and damage Israel economically,” the letter reads. “Your administration should continue its string of pro-Israel policy changes by undoing these misguided Clinton-era guidelines, thereby allowing Israeli goods produced in Judea and Samaria [West Bank] to be labeled as ‘Made in Israel.'”

Opposition to Washington’s continued recognition of Israeli trade rights remains strong. In February, a United Nations directive blacklisted more than 100 American, Israeli, and international companies for their operations in the West Bank.