A top Health Ministry official warned Thursday that more pregnant women were being infected with the British coronavirus variant and were at greater risk of developing serious symptoms.

“There is a different kind of contagion. I’ll just mention the [issue of the British variant] and pregnant women. The rates [of contagion among pregnant women] are much higher than they were. That’s why we changed our recommendation [and said that pregnant women should get vaccinated],” Sharon Alroy-Preis, head of public health services, told Channel 12 news.

She said the ministry was gathering samples from pregnant women hospitalized in serious condition with COVID-19 to determine if they were infected with the British strain.

“In the five such cases where we were able to check to date, they were [infected with] the British variant. There is a certain change in the nature of the pandemic,” Alroy-Preis said.

She said pregnant women were at high risk because of the variant.

Her warning came two days after the Health Ministry advised pregnant women to get the coronavirus vaccine after a number of women expecting a baby fell seriously ill, with several babies delivered prematurely via Caesarean section due to life-threatening risks to the mothers and the children.

The British strain of the coronavirus is believed to be more infectious, though not considered more deadly. Coronavirus czar Nachman Ash told ministers Tuesday that the variant accounts for 30-40 percent of current infections and will become the dominant strain in Israel within weeks.

In the interview, Alroy-Preis said the British variant was also fueling high infection rates among the ultra-Orthodox.

“There is very high contagion in the ultra-Orthodox community. Part of this is from the British variant… It began there more, and now it is spreading. It started there… And it’s much more contagious,” she said.

Asked about Prime Minister Benjamin Netanyahu’s pledge to reopen cultural venues and live entertainment in two weeks, Alroy-Preis said the announcement was not coordinated with her, but may have been discussed with other health officials.

The network quoted unnamed officials slamming Netanyahu’s announcement, calling it a “clear deviation” from their strategy for gradually lifting restrictions.

“Cultural performances need to come back only in the second stage of the lockdown and subject to much higher number of vaccinated people,” the officials were reported to say. 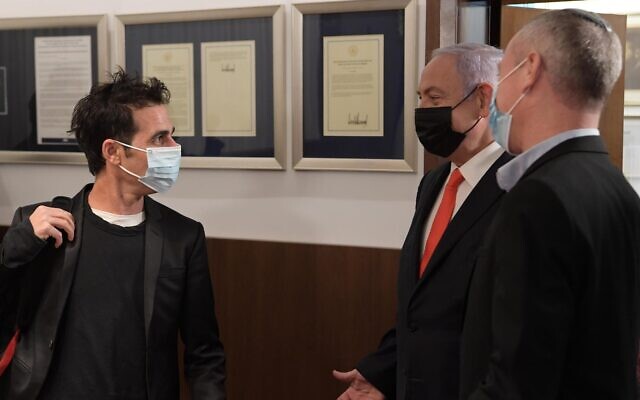 Alroy-Preis also addressed the possibility that Israel’s March 23 election will be held amid high infection rates around the country.

Asked whether the vote could be held under such conditions, she said: “It depends on how you organize them.”

If people could vote from home, or online, “that would be better” for public health, she said. “If we’re in a situation where we have thousands of confirmed cases [a day] and they have to let them go out, that will be very challenging.”

Deputy Health Minister Yoav Kisch, a member of Netanyahu’s Likud party, on Wednesday floated the possibility of delaying the elections if infections remain high, prompting outrage among opposition politicians who accused the premier of seeking to put off the vote.

Health Minister Deputy Director-General Itamar Grotto, however, told the Kan public broadcaster that delaying the elections was “not on the table.”

Israel’s previous election, in March 2020, was held shortly after the coronavirus first reached the country, with several special polling stations serving the relatively few people who had then been suspected to have contracted the virus or come in contact with confirmed carriers. Holding the vote under the current conditions, with over 80,000 active cases and many others in quarantine, would pose a far greater challenge.

Elections were postponed twice in Israel’s history, both due to war and both before a 1992 law amendment was passed, regulating the Knesset’s power to do so.