A rabbi accused of defrauding his sick and elderly followers out of millions of shekels will reportedly sign a plea deal which will see him freed in under a year.

Eliezer Berland, who has served time in the past for sex offenses and spent years on the lam from Israeli authorities, will be sentenced to 18 months in prison, according to reports in Hebrew-language media Monday.

The sentence will include time already served for Berland, the leader of the extremist Shuvu Banim sect, who spent a year in jail before being released to house arrest in February of this year.

Berland, 83, was arrested for fraud in February 2020 after hundreds of people filed police complaints saying that he had sold prayers and pills to desperate members of his community, promised families of individuals with disabilities that their loved ones would be able to walk, and told families of convicted felons that their relatives would be freed from prison.

Rabbi Eliezer Berland shrouds himself with his talit (prayer shawl) at the Magistrates Court in Jerusalem, as he is put on trial for sexual assault charges, November 17, 2016. (Yonatan Sindel/ Flash90)

In the arrest raid, dozens of boxes of powders and pills were found at Berland’s home that were given to supplicants as “wonder drugs.” Initial laboratory checks revealed them to be over-the-counter pain medication and candy, including Mentos, officials said. He was charged in that case in March last year.

Berland has denied the charges, saying he only offered blessings and healing services when asked, and at sums far lower than those alleged by police.

Last May, he was further charged with tax evasion, violations of money laundering laws and other offenses for failing to report and concealing income generated through his activities with the Shuvu Bonim sect.

Reports on the plea deal, which were not sourced, did not detail what charges he would plead guilty to under the agreement.

The agreement will also include an unspecified fine, according to a report from the Ynet news site. 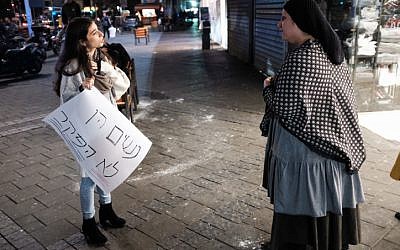 Supporters of Eliezer Berland argue with protesters during a protest in front of a conference hosting Berland, in Bat Yam, central Israel, on January 30, 2017. (Tomer Neuberg/Flash90)

In December, attorneys representing Berland’s alleged victims protested an emerging plea bargain. In a letter to Attorney General Avichai Mandelblit and Jerusalem prosecutors, the lawyers derided the reported agreement as “absurd” and an “insult” to those who claim they were swindled by Berland.

They implored the attorney general and prosecutors not to give weight to Berland’s advanced age and ill health in formulating the plea bargain, noting that legal authorities had freed Berland from prison early due to poor health several years ago when he was serving time for sex offenses. Yet Berland went on to commit other crimes, they said.

There was no immediate statement from the rabbi’s attorneys following Monday’s report.

Berland fled Israel in 2013 amid allegations that he had sexually assaulted several female followers. After evading arrest for three years and slipping through various countries, Berland returned to Israel and was sentenced to 18 months in prison in November 2016 on two counts of indecent acts and one case of assault, as part of a plea deal that included seven months of time served. He was freed just five months later, in part due to ill health. 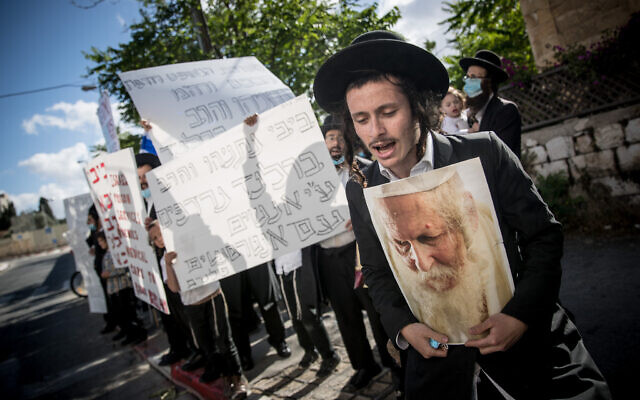 Supporters and followers of Rabbi Eliezer Berland protest for his release outside the Jerusalem District court in Jerusalem, on May 24, 2020. (Yonatan Sindel/Flash90)

Despite his various run-ins with the law, Berland continues to command a cult-like following among the thousands of members of his group, an offshoot of the Bratslav Hasidic sect.

One stipulation of his house arrest had been that its location be kept secret, in order to keep his followers from being able to surround him and attempt to shield him from authorities, as they have done in the past.

According to Channel 12 news, over Passover dozens of followers brawled with residents of a Zichron Yaakov neighborhood after they thought he was staying there. Journalists from the channel were among those attacked by the rabbi’s followers, the outlet said.

Stuart Winer and Marissa Newman contributed to this report.