Some in Prime Minister Naftali Bennett’s Yamina party are believed to be uneasy about the bill, as they feel it will be seen as personally targeting former prime minister Benjamin Netanyahu to bar him from returning to power — a move that will not sit well with right-wing voters.

Shaked told Channel 12 on Saturday she had opposed including a provision on the proposed legislation in the new government’s coalition agreements and her opinion remains unchanged. Channel 13 also reported the senior Yamina MK’s opposition to the bill, but said Bennett supports the New Hope leader’s proposal.

Sa’ar, in an interview with the Yedioth Ahronoth newspaper, said he had instructed officials in the ministry “to prepare a bill according to which the president will not task an individual accused of criminal wrongdoing with forming a government.”

Asked if the issue was coordinated with Bennett, Sa’ar said: “I wouldn’t start this process without coordinating with the prime minister.”

He added: “We’ve seen that leadership of the country by a person under indictment creates a preference for personal interests over the good of the country… So it is clear the nation should not be put in such a position again.”

Unnamed Yamina officials told the paper that the party was aware Sa’ar was moving forward on the issue. However, they noted that some in the party oppose such a bill.

Unnamed government officials told Ynet that any such bill would need to be agreed upon by all sides in the coalition, stressing that no promises had been made to Sa’ar that the bill will indeed advance. 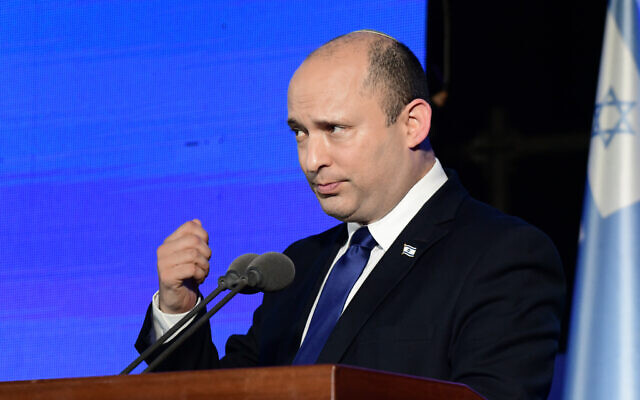 Israeli law forbids criminal defendants from serving as ministers but not as prime minister. Since Netanyahu was indicted in three criminal cases, there has been ongoing talk by his rivals of legislating to prevent an indicted person from leading the country.

Netanyahu, the first sitting prime minister to be indicted, is accused of fraud and breach of trust in three separate corruption cases, as well as bribery in one of them. He denies wrongdoing and has claimed without evidence the charges were fabricated by the media, political rivals, prosecutors and law enforcement to replace him as prime minister. His trial is ongoing. 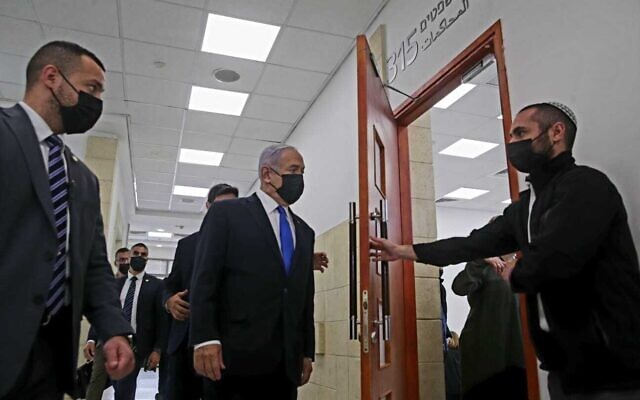 The new coalition has also discussed setting a term limit for prime ministers, which currently does not exist. Sa’ar said Friday he expected such a bill would also come before the Knesset this coming winter.

Ahead of the formation of the new coalition, there were reports that the parties making it up had agreed to advance a law preventing a two-term prime minister from running for a parliament seat for four years after stepping down from the country’s highest office.

The report was harshly criticized by Netanyahu’s Likud party, which claimed the proposal was “akin to the dictates of North Korea or Iran.” Such a law would only apply to Netanyahu, the only living prime minister who fits the description. Bennett’s Yamina then denied it would support such a bill.