NEW YORK, United States — Singer Dua Lipa is blasting an organization that paid for a full-page ad in The New York Times that called her antisemitic for her support of Palestinians, saying it used her name “shamelessly” to “advance their ugly campaign with falsehoods and blatant misrepresentations.”

In the rambling ad which appeared in Saturday’s newspaper in the main section, Rabbi Shmuley Boteach, the head of the World Values Network, named Lipa and the models Bella and Gigi Hadid as three “mega-influencers” who have “accused Israel of ethnic cleansing” and “vilified the Jewish State.”

Lipa took to Twitter on Saturday afternoon to “reject the false and appalling allegations” and said the World Values Network twisted what she stands for.

“I stand in solidarity with all oppressed people and reject all forms of racism,” she wrote.

The Grammy-winning British pop star had put several posts on her Instagram with the #SaveSheikhJarrah hashtag.

In her Instagram stories she put a tweet by US Sen. Bernie Sanders calling on the United States to “speak out strongly against the violence by government-allied Israeli extremists in East Jerusalem and the West Bank.”

The supermodel Hadid sisters have a Palestinian father and previously have had harsh words for Israel on social media.

Both have shared a series of posts and Instagram stories online criticizing Israel over its actions in recent weeks.

Gigi, the elder sister who has featured on over 30 international Vogue covers, wrote, among other things, on Instagram to her 66 million followers: “One cannot advocate for racial equality, LGBT & women’s rights, condemn corrupt & abusive regimes and other injustices yet choose to ignore the Palestinian oppression.” 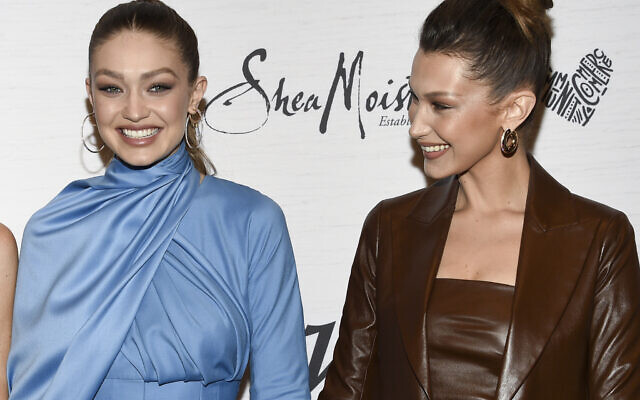 Bella, with over 41 million followers, among several Instagram posts included one with a series of images of two illustrated women talking about the Israeli-Palestinian conflict.

One of the women asks, “So aren’t Israelis and Palestinians just fighting over religion?”

Tensions increased in the Mideast since May 10, when Hamas terrorists in Gaza fired long-range rockets toward Jerusalem. Palestinian terror groups tied rocket fire from Gaza to clashes in Jerusalem connected to prayers on the Temple Mount during the Muslim holy month of Ramadan, as well as to the pending eviction of a number of Palestinian families from the Sheikh Jarrah neighborhood.

In the fighting, Hamas and other terror groups fired more than 4,300 rockets at Israel while Israel carried hundreds of airstrikes against targets in Gaza. Twelve people were killed in Israel, including two children and three foreign workers. Nearly 250 Palestinians were killed in Gaza; Israel asserts some 200 were terror operatives. A ceasefire was declared Friday and both Israel and Hamas have claimed victory.

Many celebrities have taken to social media to post pro-Palestinian messages, including the singer Zayn, Roger Waters, The Weeknd and Mark Ruffalo.