NEW YORK — At some point in the last five years I took a deep breath and said “Fine! I’ll look up George Soros on Wikipedia.”

I mean, I had heard of him. He was a zillionaire investor who made a fortune in the stock market, a weird corner of the universe I’ve long accepted I’ll never understand. (Roulette seems a much more honest way to gamble, but not everyone agrees.) Anyway, for some reason this particular zillionaire was one who made people very upset. From the far left, there existed the natural distrust of anyone with so much money, but from the conspiracy-primed right came intimations of a nefarious global puppet-master. Soros was Jewish, so the accusations felt like an old, familiar tune, yet there were others who called him a Nazi collaborator. Something was clearly unusual about this guy.

So, like I said, I hit Wikipedia. And though I only skimmed it, I learned more from that quick glance than I did watching the just-released documentary feature “Soros.”

The film is screening in theaters in select cites and virtual cinemas starting November 20.

Directed by Jesse Dylan (Bob’s son), this portrait of the 90-year-old Hungarian-born billionaire is not, in any way, a “real” film. It feels like one of those videos they make you watch before you look at a time share. It is an 86-minute advertisement for just how great George Soros is, and an intensely boring 86 minutes at that. While some of the Great Man’s offspring do show up to heap praise on Pop, you will not glean a single thing about Soros’s inner life, what makes him tick, or how he actually got all his money. But you will come away, so Dylan hopes, convinced that George Soros is the greatest human being who ever lived, and anyone who says different is a simpleton.

This is a shame because from where I stand, it seems as if Soros actually has done a lot of good. And his life story could be told in an interesting way. He was born in Budapest in a middle-class Jewish family. He was 13 when the Nazis occupied Hungary, and his father was able to secure false papers for the family, which he then split up for additional safety. Young George lived with a mid-level bureaucrat whose job was, at least in part, to assess homes that had been emptied. He joined on one trip to the countryside to an empty estate owned by a Jewish family, and later wrote that he was terrified his cover would be blown. This event in the young boy’s life has led to accusations of Nazi collaboration (you can watch Fox News’s Ann Coulter make such a charge in this film).

After the war, Soros (and others) learned that living in the Soviet sphere of influence was hardly a picnic either. He eventually headed to London, read the influential book “The Open Society and Its Enemies” by Karl Popper, and landed on a type of thinking based on nuance and compromise, distrusting both Fascism and Communism.

His keen mind and “flexible thinking” soon led him to vast riches working international markets. This is a spot where the movie really fails. I mean, I’m a flexible thinker! Why do I have 17 cents in my bank account? Whatever sorcery Soros did to convert his creativity to enormous wealth is left vague. He says something about putting money into British banks to boost their economy, but I couldn’t understand what the hell he was talking about. Extremely frustrating.

Anyway, in 1979 a lightbulb went off for George Soros. He was tired of simply being rich. He also wanted to make a difference, and reflected on the race-based injustice of his youth. He started pouring money into anti-Apartheid groups in South Africa, and subsidizing education scholarships. He liked the results, and soon turned his eye to Poland, Czechoslovakia, and Russia. He bankrolled people like Lech Walesa, Vaclav Havel, and Andrei Sakharov, providing the hardware their groups and others needed to grow anti-Communist movements. “Soros” the film draws a direct line from Soros the checkbook to the Xerox machines behind the Iron Curtain that led to the fall of the Berlin Wall.

A slew of talking heads from Kofi Annan to Joseph Stiglitz, from Sherrilyn Ifill to Ethan Zuckerman, inventor of the pop-up ad, kvell about Soros’s philanthropy. It is suggested that he did more than the United Nations, or at least the United States, to stop the killing in the Balkans, and personally got Slobodan Milosevic on trial. 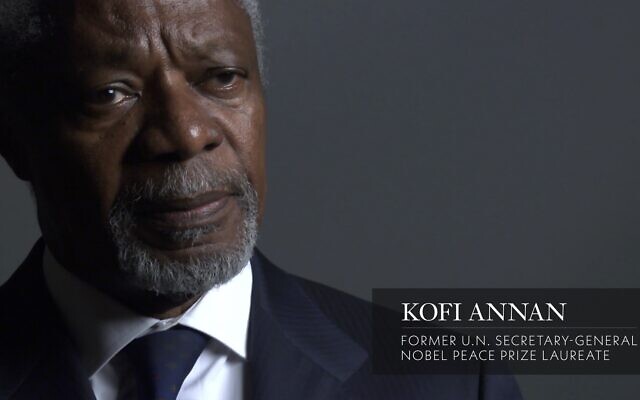 In a head-fake toward balance, Dylan cuts to some critics. They take umbrage at his unilateral actions that can make dramatic, swift changes in world affairs, representing only his whims. This is, in the abstract, a reasonable concern. But Dylan only shows us Alex Jones, Glenn Beck, or other very silly people. The only new footage is an interview with Fox News’s not-very-reasonable Tucker Carlson. He’s on his better behavior here, but if this is the most mature voice you could find, it raises some flags.

One of Soros’s projects over the years was Myanmar, where he backed the recently re-elected Aung San Suu Kyi. She seemed, for many years, to be a great leader, but when it became evident that she supported an ethnic cleansing against the Rohingya people, Soros’s interlocutors in the film kinda shrug it off with a “well, you can’t win ’em all,” and further explanations that “since then, he has done much for help this beleaguered minority.” As “whoopsies” go, seems like a big one. 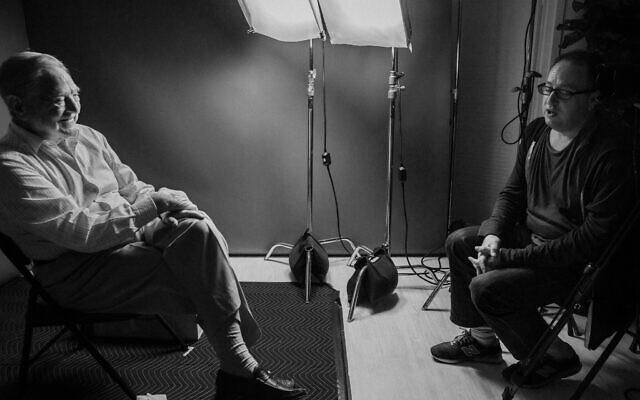 The movie concludes by looking at the current use of Soros as code for “Jewish money” and anti-Soros sentiment in Europe against migrants. We’re reminded that the right-wingers are beating up on the wrong guy: Soros is the guy who defeated Communism, right? Also, they are a bunch of ingrates. Prime Minister Viktor Orbán of Hungary, who campaigned by demonizing Soros, attended university on a Soros scholarship!

The central problem with “Soros” is a striking lack of focus. There are more than a few montages of “chaos in the world” that have no bearing on whatever it is people are talking about. There’s stock footage of world strife (street fighting, tussles in Asian parliaments, the KKK) as we hear Soros mumble about how it is bad for people to be bad to one another. Later, when summing up his life’s work, there’s different stock footage of nice things. There’s an elephant in India looking happy. Sure, why not?

While “Soros” is clearly made with George Soros’s approval, he does not appear to be one of its financiers. Had some of that Soros money actually gone into it, maybe it would have come out better.