JTA — When Brooke and Scott Stein began considering where to send their children for high school in Phoenix, Arizona, they found plenty of strong options, but each fell short in at least one important regard: The ideal school — coed, college preparatory, Jewish — didn’t exist where they live.

Entrepreneurial and ambitious, the couple belongs to a growing, largely Modern Orthodox synagogue that had long dreamed of opening such a school. The costs and risks were too daunting, however, until the pandemic arrived and upended conventional thinking.

With remote learning now a fact of life, the Steins and other members of Scottsdale’s Congregation Beth Tefillah hatched a plan to partner with an existing school somewhere, anywhere. They found what they were looking for in Los Angeles — Shalhevet High School, a respected Modern Orthodox institution established in 1992.

Starting in the fall, Shalhevet Scottsdale High School, also known as Nishmat Adin, will enroll its first group of ninth- and 10th-graders. The Arizona students will connect with their Southern California teachers and classmates through video, and will gather at a site to be determined. They will be supervised there by on-site staff.

The two sets of students will integrate with monthly visits.

The Steins, who sit on the board of Shalhevet Scottsdale, have applied for their oldest son’s admission and eventually hope to enroll all four of their children.

“We had always hoped that a Jewish high school would be available by the time our children reached high school,” Brooke Stein said. “We know that [Shalhevet Scottsdale] will begin small, yet remain hopeful that families will see its value and enrollment will increase in the coming years.”

More rests on the success of this experiment than only the hopes of Jewish parents in Scottsdale. As the first partnership of its kind, the Shalhevet Scottsdale initiative is being closely watched throughout the world of Jewish education because of its implications for small communities, as well as for established schools looking to shore up their finances.

“There are many Scottsdales around the country,” said Scott Goldberg, a professor of education at Yeshiva University whom the Scottsdale parents hired as a consultant. “These are growing communities with children learning in a Jewish context at the elementary level and finding themselves without options afterward, and the learning is not sustained.”

Communities often hire Goldberg when they are considering what to do about the falloff after eighth grade.

“Many communities have told me we are going to start a new school,” he said. “But what they don’t have is a full understanding of the costs involved, and also in terms of what you are not getting educationally because it’s a very small institution. I do a feasibility study and when the answer is a no-go, all that passion all of a sudden peters out.”

A booming Jewish population in the area fueled the Scottsdale parents’ interest in establishing a new high school. A major study in 2019 about Jews in the Greater Phoenix area, which includes Scottsdale, found that the community has grown some 20% over the past two decades, reaching nearly 100,000. Most identify with the Reform or Conservative movements. The percentage of Jews marrying within the religion and raising their children Jewish has been increasing sharply.

At least 75 students graduate each year from local Jewish elementary schools, according to an analysis of Jewish federation data by Nishmat Adin board member Ariella Friedman. Afterward, families have the option of local private, public or charter schools. Orthodox families also choose from the single-sex Jewish high schools in the area, and some move or send their children out of state.

The rabbi at Congregation Beth Tefillah, Pinchas Allouche, who also serves on the board of Nishmat Adin, has sent three of his 10 children out of state to attend various Jewish high schools.

The new school, Allouche said, is not being tailored for his children.

“I wouldn’t say I am building this school for my kids or anyone specific but for the needs of the community,” he said, adding that each child, even his own, has different needs that might be best met by different educational options.

His drive to establish a new school is borne largely out of his experience as an eighth-grade teacher at Pardes Jewish Day School in Scottsdale, where students get pluralistic Jewish instruction alongside a rigorous secular curriculum.

“The story began years ago, a seed planted in my mind as we founded our Congregation Beth Tefillah and as I began to teach at Pardes,” Allouche said, “when I realized very quickly that many of my students and congregants were drifting away as soon as they hit high school age because they didn’t have a Jewish high school.” 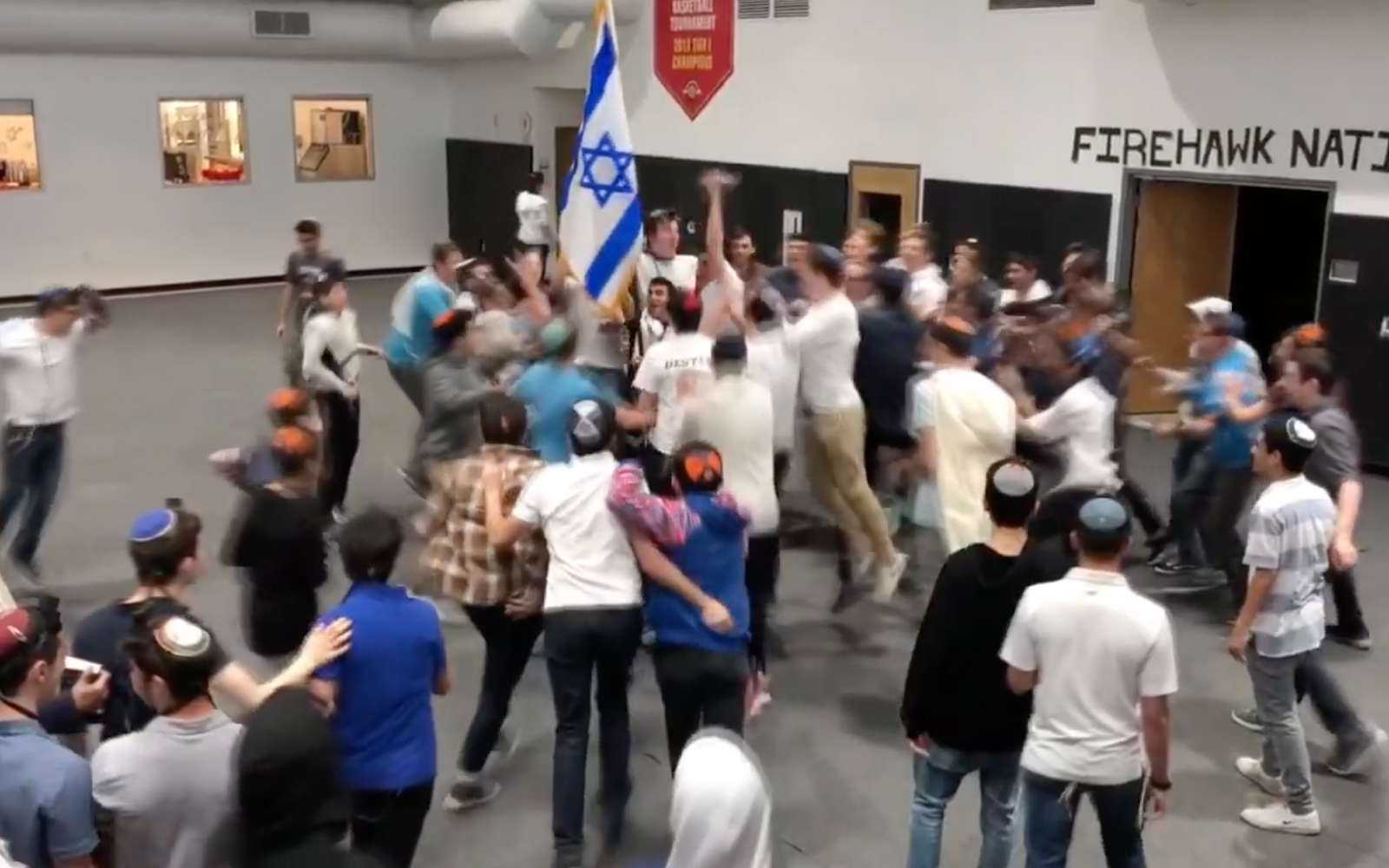 Goldberg’s feasibility study found enough of a pipeline to justify creating a small school, and based on the community’s character, he proposed “a halakhic and mitzvot-centered institution open to Jews of various backgrounds” — that is to say, a school that would be appealing both for Orthodox and non-Orthodox families.

Years of considering how to ensure sustainability led Goldberg to think of pooling resources with established schools.

“Can a school gain revenue streams by partnering with other communities? People had begun dabbling in collaboration, but the last year taught us that it’s possible to have students who are in a classroom — and not in a classroom — to join with a teacher to make an educational environment that is quite valuable, all without having to take a major risk of building up much new infrastructure,” he said.

Gathering at their own campus, Scottsdale students will have access to Shalhevet’s extensive Judaic and secular course offerings. Teachers are being trained to teach both sets of students at the same time using the sort of remote learning technologies that have become commonplace during the pandemic. The school also promises to integrate Scottsdale students into Shalhevet’s clubs and extracurricular activities when possible.

The Arizona students will not be without in-person adult supervision. Local staff will be hired to facilitate the virtual learning and guide students. Once a month, the Scottsdale kids will travel to Los Angeles to get to know the classmates they’d otherwise only see on their screens.

It wasn’t hard for Shalhevet to see how it could benefit from the arrangement, too.

“We got very excited internally because of our conversations with a wonderfully sincere community in Scottsdale,” said Rabbi David Block, the associate head of school at Shalhevet. “And we thought this is important for a few reasons, starting with it puts us on the forefront of education innovation. We are a very mission-driven school.”

The Scottsdale campus will charge $24,750 per student, which includes tuition and the cost of monthly travel to Los Angeles for the two campuses to gather in person. For those who cannot afford the bill, the school is hoping for subsidies through a tax credit scholarship program pioneered in Arizona. 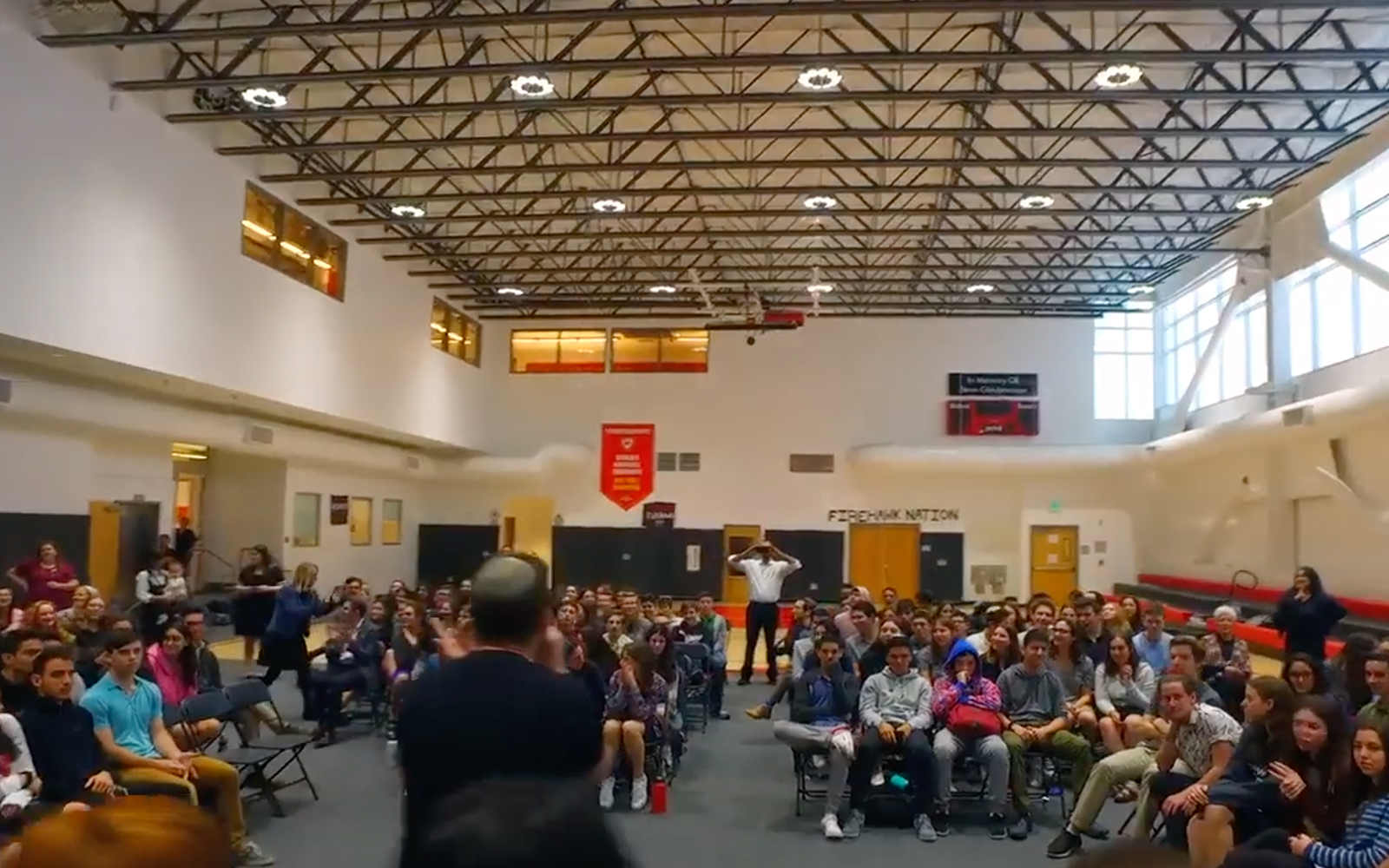 In Los Angeles, tuition to Shalhevet is much higher, over $40,000 a year. Block said he was eager to work with the Scottsdale parents to devise a model that might allow families to access high-quality Jewish education at a lower price.

“We were thinking about the tuition of day school education,” he said. “What can we do that’s out of the box, that’s creative? COVID gave us an opportunity to do things in a new way. It would be silly to ignore these wonderful educational technologies.”

This push to increase access to Jewish education has earned the attention of Paul Bernstein, the CEO of Prizmah, a network that represents about 300 Jewish day schools across North America serving some 90,000 students.

Bernstein said the partnership is a testament to the vitality of the schools he works with, which have largely operated in person at a time when many students across the country learned mostly from home.

“During the crisis caused by COVID, we have seen the excellent value proposition of Jewish day schools come to the forefront,” he said. “As people recognize the strength of Jewish day schools, we want to make sure we can maximize access. This partnership could help the sustainability of these schools.”

Whether a critical mass of parents in Scottsdale or elsewhere will be convinced that a mostly remote education is worth the tuition remains unknown. It will take even longer to assess whether it’s possible to teach students effectively for the long term in the hybrid arrangement the school is planning — and whether social bonds can form. And while Shalhevet’s faculty is blessed for the moment with buy-in from faculty, according to Block, teachers across the country this year reported finding hybrid classrooms difficult to manage.

The Steins, meanwhile, hope the remote learning arrangement they are focused on promoting is ultimately a temporary one.

“The idea is that as enrollment grows, so will our ability to wean off of Shalhevet L.A. and ultimately have our own brick-and-mortar school complete with faculty and administration while still maintaining the excellent Shalhevet curriculum,” Brooke Stein said.