Critics from an Islamist group had argued that such events would heighten tensions a month after Sudan’s landmark decision to normalize ties with Israel in a US-brokered deal.

Businessman Abu al-Qassem Bortoum defended the event, held Saturday under tight security in a Khartoum hotel, as “a bid to break the psychological barrier” between Islam and other religions, in a country now undergoing a political transition.

Sudan, he said, was moving on a path to “freedom, peace, and justice by renouncing hate speech, violent discourse, and religious discrimination to achieve unity, tolerance, and social coexistence.”

Bortoum had organized the event where ushers wore T-shirts with the logo “Humanity Bridge Builders” and the Islamic crescent, Christian cross, and Jewish Star of David symbols. 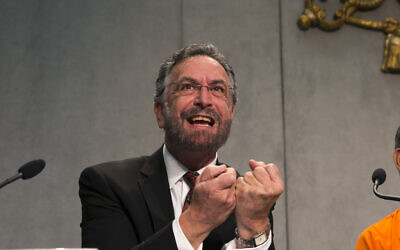 Rabbi David Rosen of the American Jewish Committee had told the meeting by video link from Jerusalem that “the pursuit of our understanding of one another is precisely what enhances peace in the world”.

Invited guests included diplomats, a member of Sudan’s ruling council, Raja Nicola, as well as members of the country’s Christian and Hindu communities and Sudanese descendants of Jewish families. 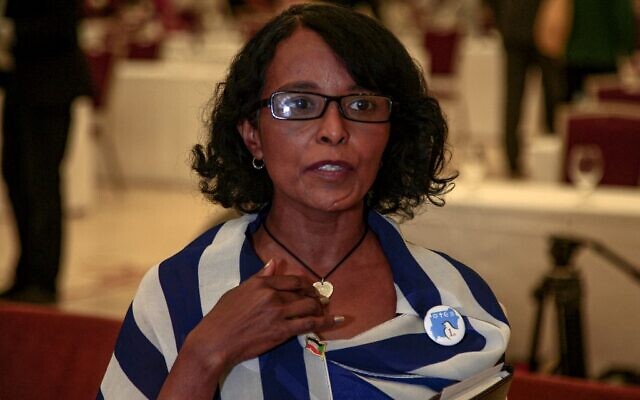 Ahead of the gathering, an Islamist group affiliated with the opposition National Umma Party, Al Ansar, had warned the meeting was being staged amid “tensions between advocates of normalization with Israel and those who reject it”.

Dozens of protesters had rallied and burned the Israeli flag outside the cabinet offices in Khartoum after the government on January 6 signed the US-backed Abraham Accords normalizing ties with Israel. 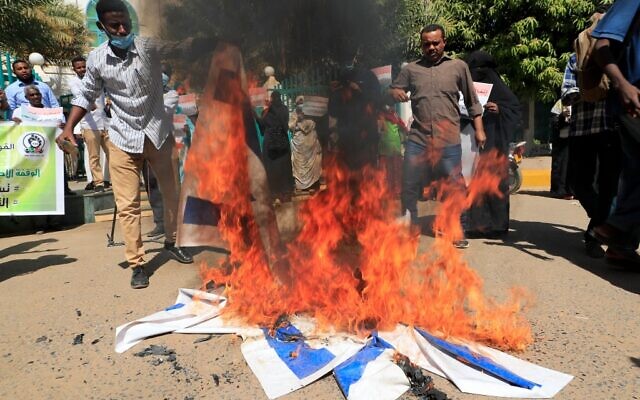 Sudanese demonstrators burn Israeli flags during a rally against their country’s recent signing of a deal on normalizing relations with the Jewish state, outside the cabinet offices in the capital Khartoum, on January 17, 2021. (Photo by ASHRAF SHAZLY / AFP)

After Saturday’s inter-faith gathering, a member of the Ansar group, Ahmed Adam, told broadcaster Al Jazeera that “such meetings bring us calamities and may bring fundamentalists to our country”.

Sudan has undergone a rocky transition since the army toppled former Islamist-backed strongman Omar al-Bashir in 2019 following months of youth-led mass protests against his rule.

A post-Bashir transitional government has been pushing to rebuild the country’s economy after decades of US sanctions and internal conflict.

Sudan signed the Abraham Accords after Washington removed it from its “state sponsors of terrorism” blacklist. Bashir had once granted sanctuary to al-Qaeda leader Osama Bin Laden. 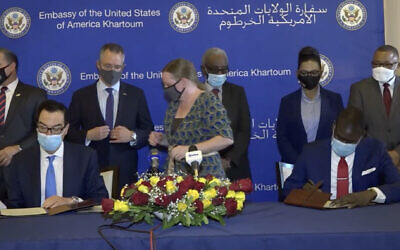 A former member of parliament, Bortoum was suspended in 2015 after he sparked the fury of Bashir’s regime when he called for the abolition of Islamic law, and for relations with Israel.

Bortoum, who has interests in agriculture and transport, already sparked controversy in October by announcing a plan for an “ice-breaker” trip to Israel with some 40 Sudanese citizens from all walks of life.