Twenty-eight Israel Defense Forces soldiers died over the course of 2020, the second lowest number in the country’s history, the military said Sunday.

Suicide remained the leading cause of death for soldiers, with at least nine service members having taken their own lives, according to IDF Manpower Directorate commander Maj. Gen. Moti Almoz.

A tenth soldier may have also died by suicide, though the investigation into that case has not been completed, Almoz told reporters.

Only last year had a smaller number of fatalities, with 27 deaths reported. That year’s count also included Zachary Baumel, who was killed in the 1982 First Lebanon War but had been officially deemed missing until his body was recovered in 2019.

The number of suicides in 2020 represented a slight decrease from 2019, when 12 soldiers killed themselves, according to the IDF.

“It’s a low number, but we could lower it further,” Almoz said.

Sgt. First Class Amit Ben-Ygal, who was killed when a rock was thrown at his head during an arrest raid in the northern West Bank village of Yabed on May 12, 2020. (Social media)

Though 2020 was not the year with the lowest total fatalities in the IDF, the past year has seen the fewest Israelis, civilians or soldiers, killed in security-related incidents: 3. One IDF soldier — Amit Ben-Ygal — was killed during a raid in the West Bank village of Yabed in May 2020, the only service member killed during an “operational activity” last year, according to the IDF.

The other two people — Rabbi Shay Ohayon and Esther Horgan — were killed in terror attacks in August and December, respectively.

After suicides, the next leading cause of death in the IDF in 2020 was car accidents, which claimed the lives of six soldiers, according to the military.

Five soldiers died from illnesses in 2020, though none from the coronavirus, Almoz said.

An air force officer and a cadet in the IDF’s Pilot’s Course were killed in a plane crash in November, the exact cause of which remains under investigation. 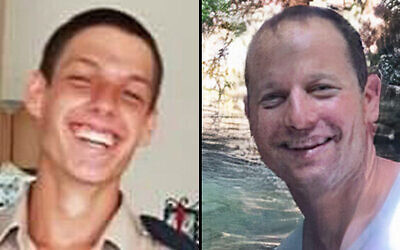 Two service members were killed in work accidents, and three were killed under other circumstances, including the one whose death is being investigated as a possible suicide.

According to Almoz, of the nine soldiers who killed themselves, seven were not known to be at risk of self-harm. Two of them, however, had displayed — in some way — warning signs that they may be suicidal.

Eight of the nine were men and five of them came from combat units, according to the military. None of those who committed suicide were lone soldiers, troops who either do not have family in Israel or are not supported by their families in Israel.

As a result of various prevention programs implemented throughout the years, the IDF maintains a lower suicide rate than the country in general and than many militaries around the world.

Almoz said the military likely prevented four suicide attempts in 2020 by quickly locating soldiers who had gone missing from their units, something that would not have happened in years past.

“When a soldier goes missing from their unit, location efforts begin quicker than before. Four soldiers in the past year were saved because we ‘pressed that button’ and located them,” he said.

According to Almoz, in cases where the soldier displayed warning signs or suicidal tendencies, such efforts could include locating them through cellphone data and other technological means. In the past, it would take several hours to make use of such tools, but now they can be used almost immediately if commanders deem it necessary. Israel’s coming election may be decided on the religious right Model Bar Refaeli’s mother gets COVID in jail; doctors say her life is in danger