Israel’s top court ruled Thursday that while Morroco’s Jews may have suffered antisemitism during World War II, they are not eligible for compensation as Holocaust survivors.

The plaintiffs had appealed a ruling of the Haifa District Court, which rejected their claim of Nazi persecution in Morocco.

The Supreme Court ruled that the deprivation of liberties and restrictions imposed on Moroccan Jews during the war did not meet the conditions set out in the law.

The justices said that the harm to Moroccan Jews was mainly economic and largely limited to their ability to integrate into the labor market, acquire education outside the Jewish community and choose their place of residence.

Justices Neal Hendel, David Mintz and Yosef Elron said in their ruling that the suffering caused to Morocco’s Jews during World War II was a result of the Vichy French regime pressuring the Moroccan government to implement antisemitic laws.

Supreme Court justices arrive for a hearing at the Supreme Court in Jerusalem on February 24, 2021. (Yonatan Sindel/Flash90)

The plaintiffs had claimed that those restrictions legitimized harm to Jews, deprived them of their liberties and caused them extreme fear.

The justices noted that their decision was not aimed at impacting the historical evidence on whether Morrocco’s Jews had indeed suffered persecution. “The role of the historian and the role of the court are different from each other,” they said. 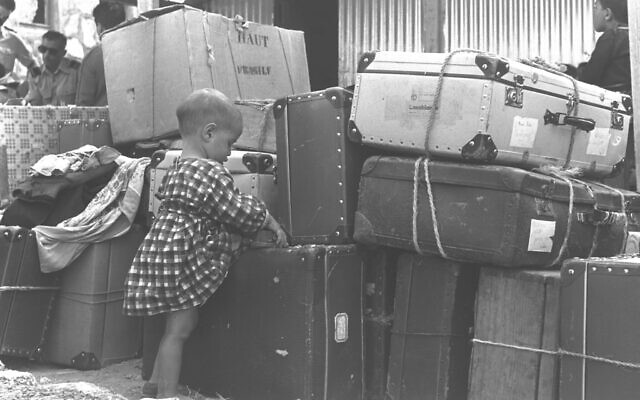 The total sum of monetary compensation the state would have been required to pay had the claim been accepted is estimated at NIS 400 million ($123 million) annually.

After the ruling, the plaintiffs’ lawyer David Yadid complained that “the state is discriminating against victims of the Nazi regime because of budgetary considerations.”

Yadid added that he is considering submitting a request for another hearing on the issue with an extended panel of judges.