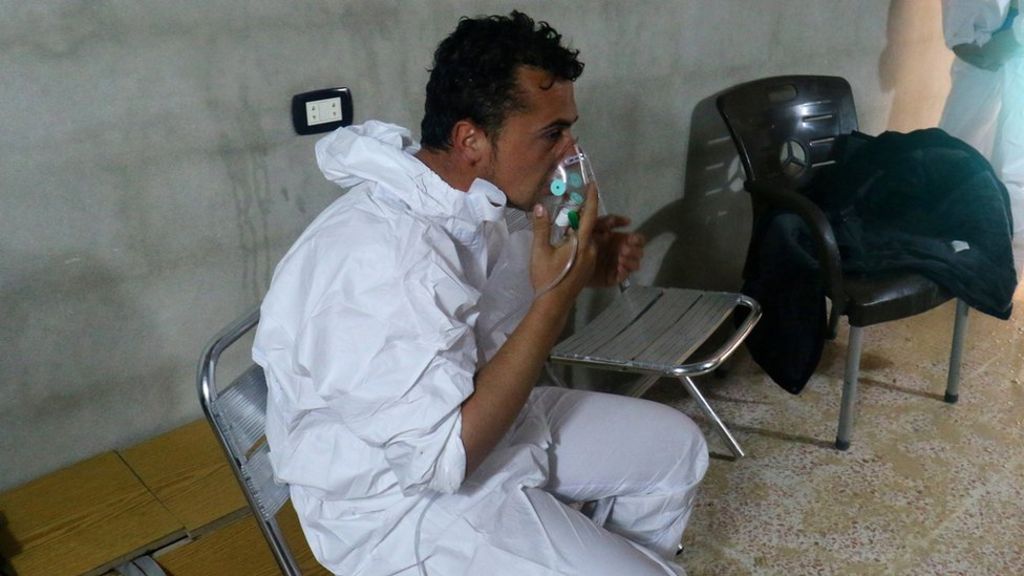 The US Defence Secretary James Mattis has said there can be “no doubt” that Syria retains chemical weapons.

Gen Mattis also said the Syrian government had moved its warplanes in recent days, speaking during a visit to Israel.

He said Syria would be “ill-advised” to try to use chemical weapons again, after the alleged attack on 4 April which killed more than 80 people.

The US responded to the Khan Sheikhoun attack by launching air strikes on a Syrian military airfield.

General Mattis accused the Syrian government of violating a 2013 agreement to hand over its chemical weapons to the international community.

“There can be no doubt in the international community’s mind that Syria has retained chemical weapons in violation of its agreement and its statement that it had removed them all,” he said.

“It’s going to have to be taken up diplomatically,” he said, at a press conference with his Israeli counterpart Avigdor Lieberman.

He declined to comment on the amount of chemical weapons he believed Syria still possesses.

But Israeli defence officials have told local media that their intelligence assessments suggest President Assad has retained between one and three tonnes of the banned substances.

Gen Mattis’s comments follow the recent missile strike ordered by President Trump against a Syrian airbase after the alleged chemical attack on the rebel-held town of Khan Sheikhoun.

The Organisation for the Prohibition of Chemical Weapons said this week that “incontrovertible” test results on samples from victims from the attack showed that the nerve agent sarin or a similar substance was used.

Syria’s ally Russia said an air strike hit a rebel depot full of chemical munitions – but this has been rejected by many in the international community.

Gen Mattis was also asked about reports that Syrian forces had moved warplanes to a Russian base in Syria.

There was “no doubt,” he said, “they have dispersed their aircraft in recent days”.