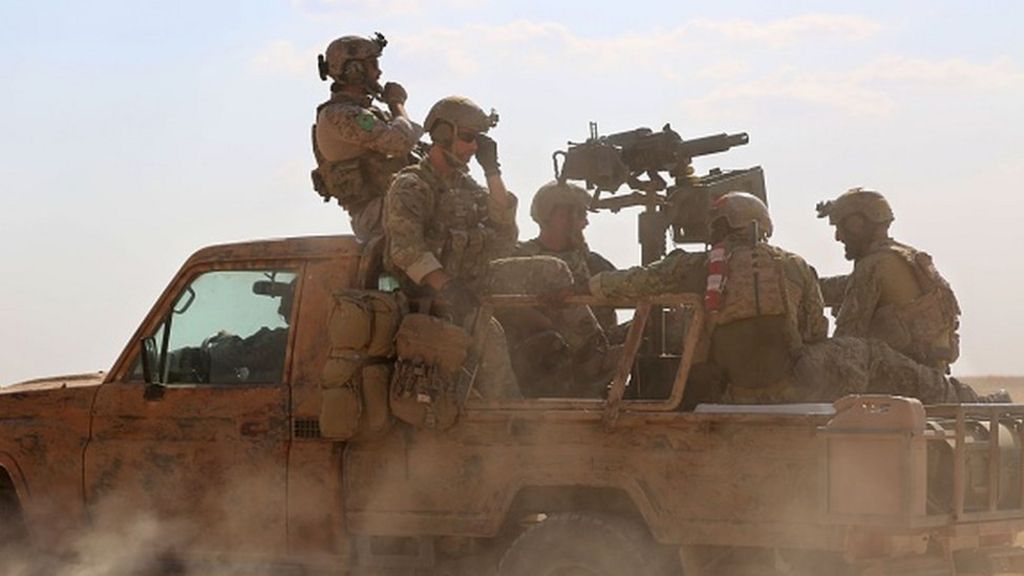 US troops have targeted and killed a leading member of the so-called Islamic State (IS) group in a commando raid in Syria, military officials say.

The attack took place near the town of Mayadin in eastern Syria.

Abdurakhmon Uzbeki, who was believed to be from Uzbekistan, is said by the Americans to be a close associate of the IS leader, Abu Bakr al-Baghdadi.

The US says he played a key role in an attack on a night club in Istanbul on New Year’s Eve which killed 39 people.

Turkish police arrested Abdulkadir Masharipov, the main suspect in the attack, on 17 January after a huge manhunt.

“It was a ground operation. I think that’s all we’re willing to say about that,” US Central Command spokesman John Thomas said in Washington in relation to Friday’s attack.

For the most part, the US has used unmanned drone strikes with Hellfire missiles to kill what they term “high value individuals”, often targeting them in vehicles to minimise the possibility of collateral civilian deaths.

But while using troops on the ground to target IS leaders is unusual, it is not unheard of.

In 2015, US special forces troops killed Abu Sayyaf in Syria not far from the site of this recent operation. Abu Sayyaf was described as chief financial officer for IS and his wife was captured and interrogated.

Another such raid took place in January of this year in which US forces hoped to capture an individual for interrogation, but he was killed in a shootout.

Using ground troops is of course more risky than flying drones. But it can often bring greater rewards as special forces can capture computers and other sources of intelligence which would otherwise be vaporised by a Hellfire missile.

At any one time there are around 500 members of US special forces in Syria, mainly advising and assisting Kurdish and Arab groups fighting IS.

An “expeditionary targeting force” has operated inside Iraq and Syria to target senior IS and al-Qaeda leaders since late 2015, ABC reported, but usually details of their operations on the ground are not disclosed.

Mr Thomas was quoted by ABC as saying that the US has “a pretty good record of finding these folks and killing them”.

What happened in the Reina club attack?

Reina was one of Istanbul’s best-known clubs, with a view across the Bosphorus towards Asia and attracting singers, actors, sports stars and tourists.

Uzbek national Abdulkadir Masharipov is believed to have mounted the assault on the club, rushing through the entrance with a long-barrelled gun and firing randomly at people celebrating the new year.

Citizens of Israel, France, Tunisia, Lebanon, India, Belgium, Jordan and Saudi Arabia were among the victims, and dozens of people were injured.

IS said it orchestrated the attack, saying it was revenge for Turkish military involvement in Syria.

Police reportedly arrested Masharipov more than two weeks after the attack, when he was found along with his four year-old son at the home of a Kyrgyz friend in Istanbul.