KABUL, Afghanistan — The Taliban held full control of Kabul’s international airport Tuesday after the last US plane left its runway, marking the end of America’s longest war and leaving behind a now-quiet airfield and Afghans outside it still hoping to flee the insurgents’ rule.

Vehicles raced back and forth along the Hamid Karzai International Airport’s sole runway on the northern military side of the airfield. Before dawn broke, heavily armed Taliban fighters walked through hangars on the military side, passing some of the seven CH-46 helicopters the US State Department used in its evacuations before rendering them unflyable.

“Congratulations to Afghanistan… this victory belongs to us all,” Taliban spokesman Zabihullah Mujahid told reporters from the runway of the airport.

The defeat of America was a “big lesson for other invaders and for our future generation,” Mujahid said a number of hours after the last foreign troops departed Afghanistan.

Taliban Badri special force fighters secure the airport in Kabul on August 31, 2021, after the US has pulled all its troops out of the country to end a brutal 20-year war — one that started and ended with the hardline Islamist in power. (Wakil KOHSAR / AFP)

The airport had seen chaotic scenes since the Taliban blitzed across Afghanistan and took Kabul on August 15. Thousands of Afghans besieged the airport, some falling to their death after desperately hanging onto the side of an American C-17 military cargo jet. Last week, an Islamic State suicide attack at an airport gate killed at least 169 Afghans and 13 US service members.

But on Tuesday, after a night that saw Taliban fighters fire triumphantly into the air, guards now blearily on duty kept out the curious and those still somehow hoping to catch a flight out.

“After 20 years we have defeated the Americans,” said Mohammad Islam, a Taliban guard at the airport from Logar province cradling a Kalashnikov rifle. “They have left and now our country is free.”

He added: “It’s clear what we want. We want Sharia (Islamic law), peace and stability.”

Mohammad Naeem, a spokesman for the Taliban’s political office in Qatar, similarly praised the takeover in an online video early Tuesday. 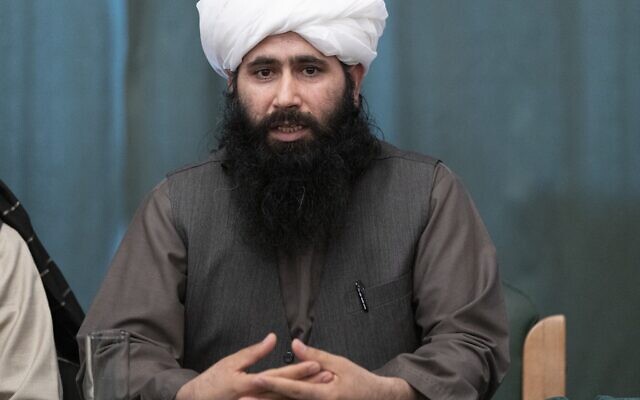 “Thank God all the occupiers have left our country completely,” he said, congratulating fighters by referring to them as mujahedeen, or holy warriors. “This victory was given to us by God. It was due to 20 years of sacrifice by the mujahedeen and its leaders. Many mujahedeen sacrificed their lives.”

Zalmay Khalilzad, the US special representative who oversaw America’s talks with the Taliban, wrote on Twitter that “Afghans face a moment of decision & opportunity” after the withdrawal.

“Their country’s future is in their hands. They will choose their path in full sovereignty,” he wrote. “This is the chance to bring their war to an end as well.”

But the Taliban face what could be a series of major crises as they fully take over the country’s government. The majority of the billions of dollars Afghanistan holds in foreign reserves is now frozen in America, pressuring its now-depreciating Afghani currency. Banks have implemented withdrawal controls, fearing runs on their deposits in the uncertainty. Civil servants across the country say they haven’t received their salary in months. 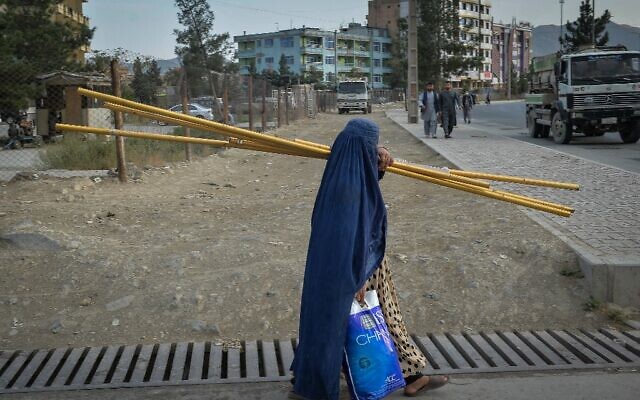 A burqa-clad Afghan woman walks along a path in Kabul on August 30, 2021. (Hoshang Hashimi / AFP)

Medical equipment remains in short supply, while thousands who fled the Taliban’s advance remain living in squalid conditions. A major drought also has cut into the country’s food supplies, making its imports even more important and raising the risk of people going hungry.

During the evacuation, US forces helped evacuate over 120,000 US citizens, foreigners and Afghans, according to the White House, making it the largest airlift in the history of the American military. Coalition forces also evacuated their citizens and Afghans. But for all who got out, foreign nations and the US acknowledged they didn’t evacuate all who wanted to go.

At the airport’s eastern gate, a handful of Afghans still tried their luck to get in, hoping for any flight. As of now, however, commercial airlines aren’t flying into the airport and it remains unclear who will take over managing the country’s airspace. On their way out, the US military warned pilots the airport was “uncontrolled” and “no air traffic control or airport service are available.” 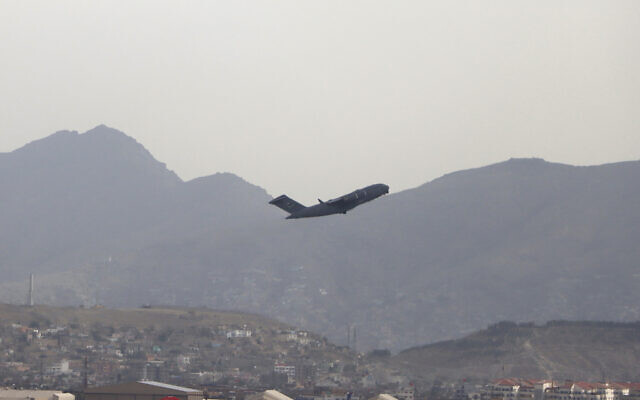 A US military aircraft takes off from the Hamid Karzai International Airport in Kabul, Afghanistan, Monday, Aug. 30, 2021. (AP Photo/Wali Sabawoon)

Several of those trying to come into the airport came from Kandahar province, the Taliban heartland in southern Afghanistan that saw some of the war’s fiercest fighting. One of the men, Hekmatullah, who like many Afghans goes by one name, carried paperwork he said showed he worked as a translator.

Hekmatullah said he had waited four days for an opportunity to leave.

“But now I don’t know what chances I have,” he said.