Thousands of ultra-Orthodox Israelis thronged the streets of Bnei Brak on Sunday night, for the funeral of a senior rabbi who succumbed to the coronavirus earlier in the day, in the community’s latest mass violation of public health guidelines.

Police had been in talks with senior rabbis in the Haredi Tel Aviv suburb in the immediate hours after Rabbi Chaim Meir Wosner’s death, in an attempt to prevent mass crowds similar to those seen at ultra-Orthodox funerals last week.

Those negotiations did not bear fruit, as thousands of his followers were determined to see the rabbi off.

Police put up several barriers around the procession site, but those were taken down by funeral-goers, leading to scuffles with some of the officers at the scene. For the most part, however, footage showed cops helplessly standing to the side as the funeral proceeded.

Wosner, the dean of the Chachmei Lublin Yeshiva and a senior figure in Bnei Brak, contracted the coronavirus last month, and was treated at home until his oxygen saturation levels dropped and he was hospitalized in serious condition.

He tested negative in recent days, but his condition deteriorated over the past day, and he died on Sunday afternoon at the age of 83.

He was the son of Rabbi Shmuel Wosner, who was the top spiritual leader in the Hasidic world for decades, until his death in 2015, at the age of 101.

Some 100,000 people attended Shmuel Wosner’s funeral at the time, with two people dying due to the dense crowds.

Over the course of the pandemic, there has been growing public anger over frequent large-scale violations of lockdown rules in the ultra-Orthodox community, as well as the government’s apparent reluctance to strongly enforce health rules in that community.

Despite morbidity in the ultra-Orthodox community being far higher than in any other single societal group, Haredi lawmakers have decried attempts to more strongly enforce laws in their communities, and have labeled such efforts discriminatory and unhelpful.

Prime Minister Benjamin Netanyahu, meanwhile, has been seen as unwilling to anger his Haredi political partners, without whose support he has no hope of remaining in power. 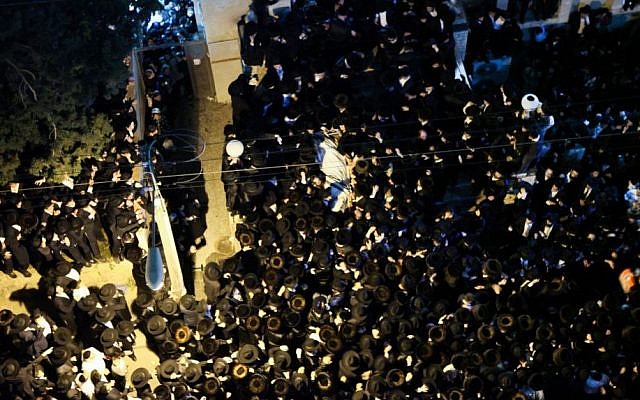 Police have been criticized for failing to take any action against several mass funerals that took place this week, while handing out many fines to people who were not in gatherings. In the case of the funerals of leading rabbis in Jerusalem, police told media outlets that dispersing the crowds would have caused “bloodshed.”

Figures released last week revealed that police were handing out proportionally far more fines in predominantly secular localities than in ultra-Orthodox ones.

The disparity in policing followed data that showed almost a quarter of all new Israeli coronavirus patients are from the ultra-Orthodox community, highlighting the disastrous spread of COVID-19 through Haredi cities and neighborhoods. 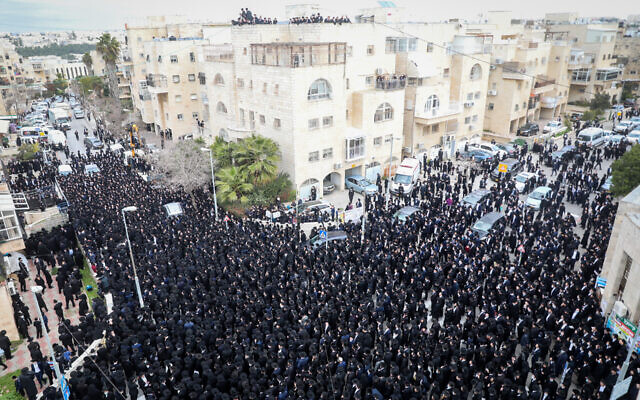